.Q&A: Mary Roach on the Weird Science of War 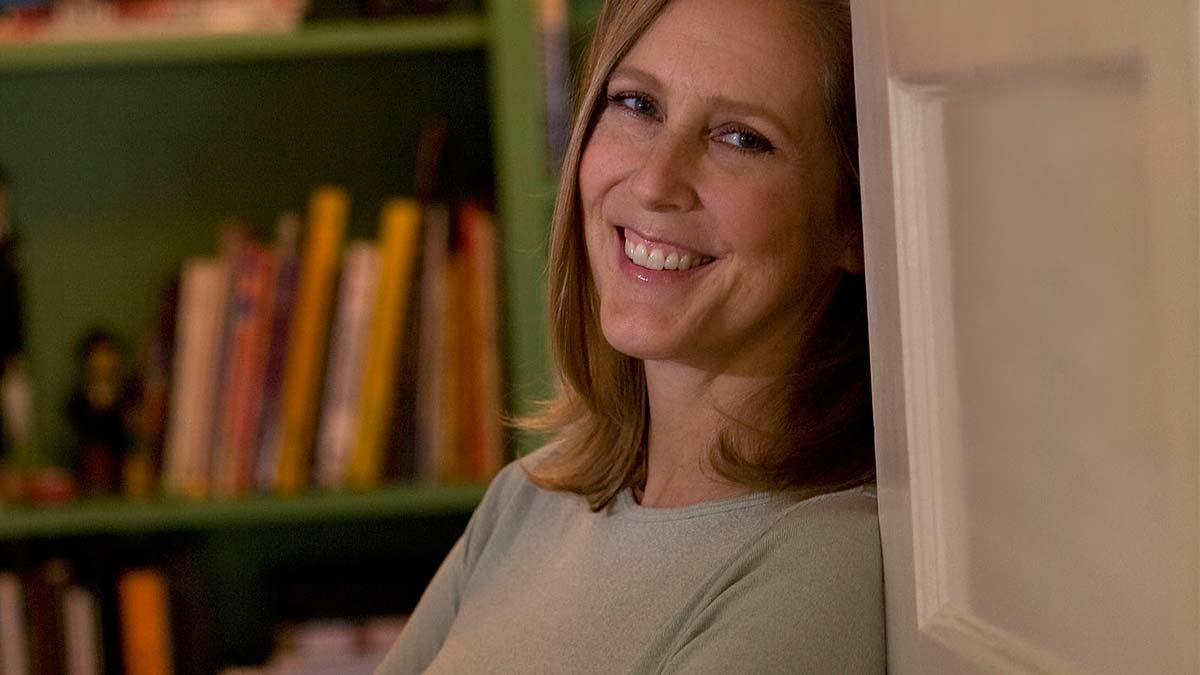 Mary Roach is well known for her funny, unflinching forays into the scientific landscape.
In bestselling books like Stiff, Spook, Bonk, and Packing for Mars, she explores the unexpected quirks of everything from death to sex to space travel. In her new book, Grunt: The Curious Science of Humans at War, she dives once again into the surprising details of a subject that most people understand only superficially. We talked recently about how she approaches her subjects and her work.

How do you come up with new ideas?
MARY ROACH: It’s different for every book. Packing for Mars came from a story I’d been reporting about osteoporosis. The researcher I was talking to was an astronaut as well as an M.D., and he happened to mention this space toilet with a video camera that pointed straight up, which helped astronauts dock it, because docking toilets is very tricky. And I said to myself, “one day I will tell this story.”
You must have countless stories and scientific gems floating around in your head.
I do. The challenge is figuring out how to wrap a book around them. The finished product usually bears little resemblance to the book proposal.

“I was also surprised by all the thought that’s gone into submarine escape. There used to be no way out. If your sub went down, you were done—until one guy said, let’s do something about it.” – Mary Roach

How did you become interested in the science of war?
I was reporting about the world’s hottest chili pepper and I found out that the Indian Defense Ministry had made a sort of homegrown pepper bomb for dispersing crowds, so I went to the lab, and there I started to realize that military science was pretty esoteric in ways I hadn’t realized. Also, around that time I was corresponding with a retired army pathologist who opened doors for me that led to other doors.
It sounds like serendipity fueled your research.
Exactly. At the morgue, they told me about the WIAMan project—which had to do with creating crash-test dummies to better understand underbody blasts. Then I heard about penis transplants through the surgeon who does reconstruction work, and he told me about cadaver transplant work. I don’t do a lot of advance planning for my books. It’s a little unnerving, but it’s taken me to interesting places.
What surprised you in researching this book?
Things like the extent of hearing loss. Anyone in artillery or special ops knows they’re going to lose a significant portion of their hearing. And I didn’t see the value of maggot therapy coming. I was also surprised by all the thought that’s gone into submarine escape. There used to be no way out. If your sub went down, you were done—until one guy said, let’s do something about it, so they designed an escape trunk, figured out how to equalize the pressure so the hatch could be opened, and created this little suit that has a small air supply so you can get to the surface. There it turns into a raft.
What are the most impactful advances you came across?
There’s a lot in emergency trauma care. The survival rates are pretty amazing now. They’ve got hospitals closer to the front, care in the air, flying operating rooms. There’s buddy care and tourniquets you can put on yourself with one hand, because that’s the number one killer, loss of blood.
What touched you the most in your conversations with military personnel?
Talking to an army captain who told me the story of stepping on the pressure plate that triggered an IED. It sure put things in perspective. I don’t have friends or family in the military, so I’ve never really spent time thinking about the horror of watching not just your leg, but your life be shattered in a split second. That was new to me, and intense. You don’t know what to say. I think that’s why it’s so hard for vets to readjust when they come home. They’re coming back to people who are sympathetic, but you can’t be empathetic in the same way unless you’ve been through it.

Next ArticlePreview: The Blank Tapes at the Catalyst