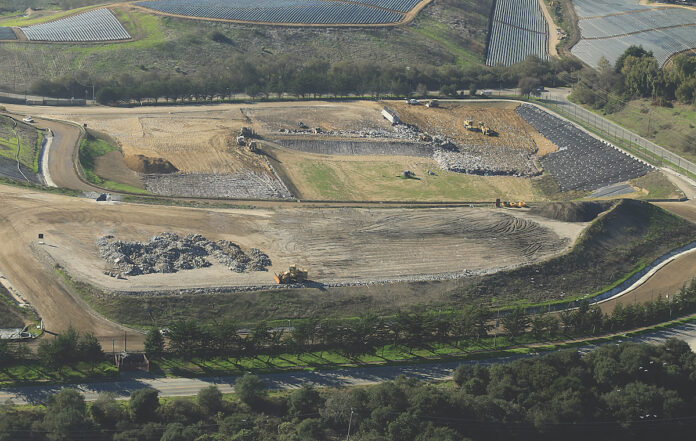 Recycling is an idea that has become deeply embedded in modern culture, so much so that many don’t think twice before placing cans, bottles and cardboard into the appropriate bins.

Beginning this year, a new law will let California residents do the same with their food waste.

The new law—Senate Bill 1383—requires businesses and residents to recycle their food waste, and municipalities to provide them a way to do so.

Residents in the unincorporated parts of Santa Cruz County can immediately begin putting their food scraps into the same GreenWaste bins where they put their lawn trimmings and other landscaping refuse.

Raw meat, plastic and paper are not acceptable.

“We’ve been preparing for this,” said Santa Cruz County Recycling and Solid Waste Services Manager Kasey Kolassa. “Everything is in place to go.”

The cities of Capitola and Scotts Valley have implemented their own collection programs.

Authored in 2016 by then-Senator Ricardo Lara, the bill—also called the Super Pollutant Reduction Act—was created, among other things, to keep food waste from landfills, where it decomposes and emits methane, a greenhouse gas that contributes to global warming.

Also included in the law is an enforcement piece that requires jurisdictions to inspect businesses and residences for compliance. While those found out of compliance could face fines, that part of the law will not kick in until 2024.

But Kolassa says that the County will focus on educating before imposing any penalties.

In the city of Watsonville, residents should wait until they receive the go-ahead from city officials—and a special collection bin—from the city, which is expected to occur within the next few months.

From March through June the City will be delivering approximately 6,000 35-gallon green carts to single-family households, along with instructions, said Environmental Projects Manager Cristy Cassel-Shimabukuro. Those with an existing yard waste cart will be able to include food waste once the City notifies them.

Cassel-Shimabukuro estimates the city will be ready to implement the program by July 1.

While the law allows municipalities to increase fees to cover their extra costs, Watsonville says on its website that there will be no extra costs for residents.

Watsonville, which already had a similar program for businesses, collected a total of 830 tons of organic food waste in 2019, diverting it from local landfills.

Once the material is collected, it will be hauled to the Monterey Regional Waste Management District in Marina, where it will be composted and turned into soil suitable for some farming, says Emily Hanson, chief strategic officer for GreenWaste Recovery, the company responsible for picking up and hauling the material.

The biggest change, Hanson says, is how the final composted material can be used. Previously, it consisted of clean yard trimmings and other yard waste and could therefore be used on “fresh crops,” or agricultural products that can be immediately eaten.

Because the new compost will be derived in part from food products, it can only be used on crops such as grapes that require some processing.

California is the first state to require mandatory food scrap diversion. The law aims for an immediate 50% reduction in the level of the statewide disposal of organic waste, and a 75% reduction by 2025.

Such laws are part of the state’s goal to reduce its methane emissions by 40% by 2030.