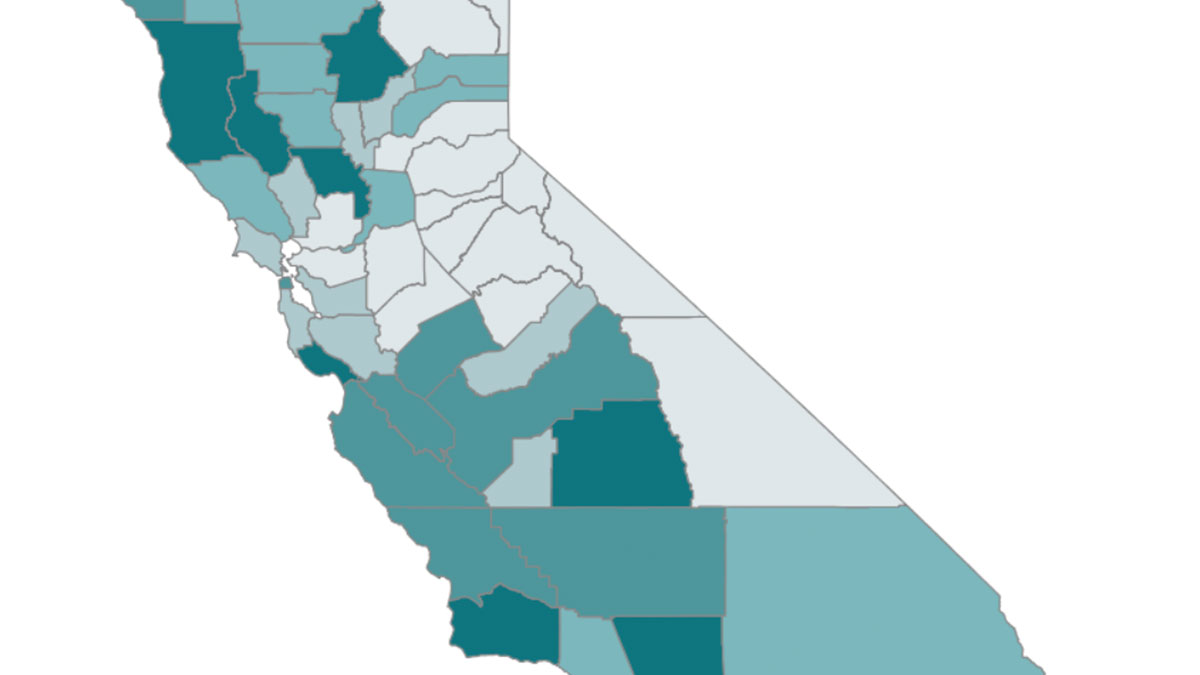 The national numbers are already jarring. Just over 15 percent of Santa Cruz County residents live under the federal poverty line of about $24,300 per year for a family of four.

Add in local housing costs and the value of safety-net services like food and rent assistance, though, and that number jumps — to the second-highest poverty rate in the state behind Los Angeles County, according to a report recently released by the Public Policy Institute of California.

When factoring in costs of living and the local availability of social services, more like 23.8 percent of residents fall below what researchers call a more realistic poverty line for Santa Cruz County of $33,953 for a family of four.

Here’s a snapshot of the statewide findings from the nonpartisan think tank, which looked at the most recently-available data from 2014-2016:

To understand the gap between the official poverty rate and the on-the-ground financial realities in Santa Cruz County, we talked with study co-author Tess Thorman. The conversation has been edited for length and clarity.

There’s a stereotype that inland California is the poorer part of the state and the coast is more affluent. What does this report say about the reality?

By including the full range of resources that families are using to meet their needs — but also variation in cost of living — you can see that families in higher-cost places may be earning enough to not be in federal poverty, but still be struggling to afford living in places where it’s expensive.

What issues should people who are concerned about high poverty numbers be watching moving forward?

I mean, housing costs are really the single-largest component of what’s driving at least the California poverty measure. I think that any changes in that statewide will really have an impact on poverty. Most housing policy is really happening at the local level. It’s not something that the state has really taken on.

With regard to the safety net, there’s been conversations about adding work requirements to SNAP, which is the federal program behind CalFresh. That will have a big impact, given that CalFresh is a major program that alleviates poverty in California. That’s a place to watch what’s happening in the Farm Bill.

One thing that was surprising is that nearby places known for being even more expensive, like Santa Clara and San Francisco, ranked below Santa Cruz for poverty. Is it clear why that is?

That’s a good question. It’s hard to tell specifically, but it’s likely to do with the average amount of resources that people do have.

In Santa Cruz, for example, many people who are earning above the federal poverty level but are still struggling to make ends meet are not eligible for a lot of safety-net programs. Those programs don’t have the chance to assist, and it may also be that people in the Bay Area have slightly higher incomes.

Previous ArticleHow Stoned Is Too Stoned to Drive?

Next ArticleCounty Board Approves Affordable Housing Measure for Ballot