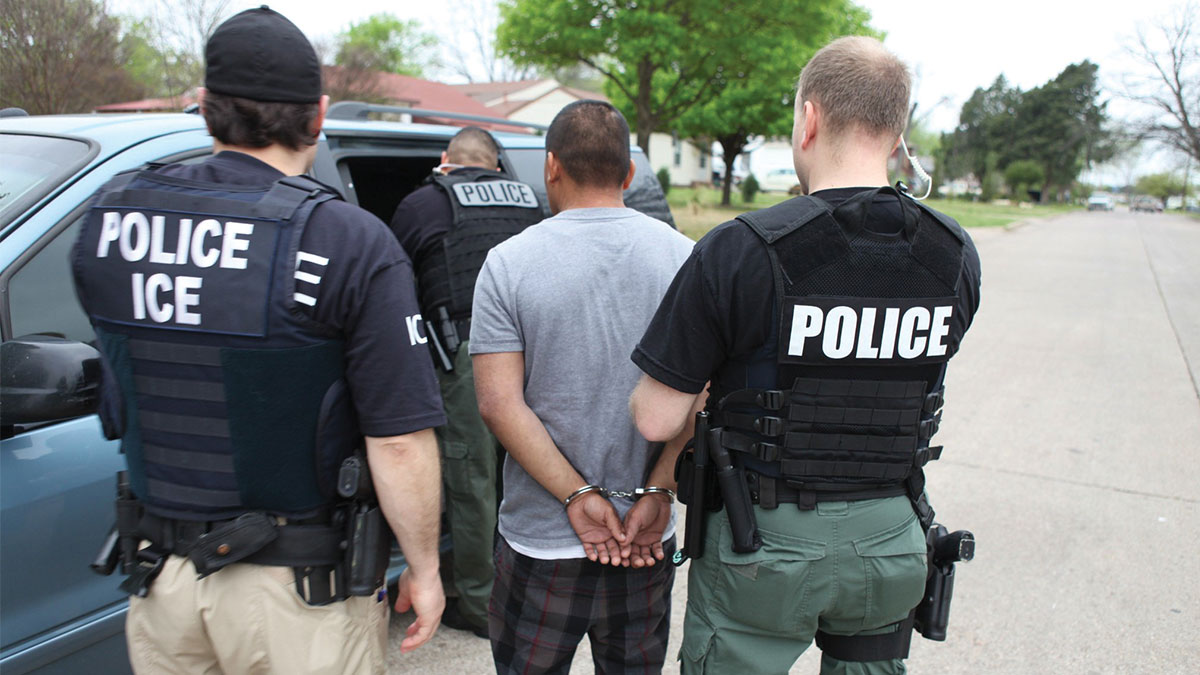 “Operation Safe City,” which wrapped on Wednesday, Sept. 27, focused on cities and regions with policies that prevent local police from being deputized to enforce immigration laws. In Santa Clara County, the Sheriff’s Office refuses to detain inmates for ICE and several cities prohibit their police from coordinating with immigration officials. Meanwhile, a bill that would make California the first “sanctuary state” is a signature away from becoming law.

The heavy-handed enforcement campaign was similar in scope to those in years past, says Northern California ICE spokesman James Schwab, but it was unprecedented in that the agency has never launched operations in response to city and regional policies.

More than a cautionary reminder of the federal government’s enormous resources and hard immigration stance, the operation was a clear shot at communities that don’t fall into line with ICE’s policies or the campaign promises made last year by President Donald Trump.

“Sanctuary jurisdictions that do not honor detainers or allow us access to jails and prisons are shielding criminal aliens from immigration enforcement and creating a magnet for illegal immigration,” acting ICE Director Tom Homan said in a press release, ignoring the fact that courts have repeatedly ruled it unconstitutional for local police to comply with ICE detainer requests without probable cause. “As a result, ICE is forced to dedicate more resources to conduct at-large arrests in these communities.”

Nationwide, the operation swept up 498 people from 42 countries for suspected immigration violations, ICE officials announced. As with past raids, immigration authorities framed the action as an effort to protect the public, saying they zeroed in on immigrants with criminal records. However, many of the detainees’ crimes were nonviolent and a quarter of them were for driving under the influence. About a third of those arrested had no criminal record at all.

None of last week’s raids happened in Santa Cruz County, which was shaken by an ICE operation in February, when local officers, including those from the Santa Cruz Police Department (SCPD), participated in an anti-gang operation that was later revealed to additionally target undocumented immigrants. Then-SCPD Chief Kevin Vogel claimed the department had been blindsided by the revelation. Santa Cruz is also a sanctuary city. Congressmember Jimmy Panetta (D-Carmel Valley) requested a report from ICE director Thomas Homan. Panetta’s press secretary was unable to confirm by deadline if the freshman congressmember has received the report.

Santa Cruz Mayor Cynthia Chase admits that it’s now an open question whether or not declaring sanctuary status makes a community any safer for immigrants, seeing as the feds are willing to go out of their way to target certain areas. “But from a philosophical standpoint, it’s vital that communities like us—and soon to be California—stand up for our values,” she explains. Chase adds that local law enforcement shouldn’t have trusted ICE and cooperated with the agency earlier this year and that SCPD won’t work with agents in the future.

Santa Clara County accounted for 21 of the detainees in last week’s raids, with arrests made in Mountain View, San Jose and Morgan Hill. All but a few had prior criminal convictions and four had been previously deported, Schwab says. The agency declined to identify the Northern California detainees by name.

According to ICE, the agency’s operation relied on help from its National Criminal Analysis and Targeting Center and its Pacific Enforcement Response Center, which was founded in 2015 to find undocumented immigrants who end up in local jails. However, the ICE data centers rely on a fingerprint database that the American Civil Liberties Union calls antiquated and erroneous 30 percent of the time.

Some of the people arrested during the operation will face prosecution in federal court for illegal entry and reentry, according to ICE. Others will be processed administratively for deportation, but will still be held on bail.

No recipients of the Deferred Action for Childhood Arrivals (DACA) program were targeted, Schwab says.

San Jose Mayor Sam Liccardo says he’s “extremely concerned” that ICE cast too wide a net with its arrests. He also assures that San Jose police played no part in the raids.

“This longstanding policy keeps us safer by focusing our limited police resources on preventing and responding to serious crimes, and ensuring that no resident will hesitate from calling 9-1-1 or otherwise assisting the police due to fear of deportation,” he says.

Rosa De Leon, an organizer for the nonprofit Sacred Heart Community Service, says ICE pushes a message about the criminality of immigrants to justify its actions and to sow fear and mistrust in the community. But studies show that immigrants—undocumented or otherwise—are far less likely to commit crimes than native-born citizens, she adds. Studies have also shown that sanctuary jurisdictions tend to be safer and enjoy stronger economies than non-sanctuary counterparts.

“The narrative that ICE has created about immigrants is hurting our community, and they often misrepresent information,” says De Leon, who works with families affected by the crackdown.

She points out that ICE routinely violates people’s constitutional rights, uses deceptive tactics such as posing as local cops, and disseminates propaganda to turn public sentiment against immigrants. She says it’s important to keep in mind that ICE and related enforcement agencies tear families apart, separate parents from children and remove people from their communities.

In light of the recent raids, local activists and immigrant advocates are raising awareness about a hotline for people to report suspected ICE presence.

“It is critical for community members to report ICE activity as soon as it takes place in order for local networks and attorneys to respond effectively,” Panah says. “Time is of the essence in these cases and early reporting can potentially mean the difference between deportation and due process.”