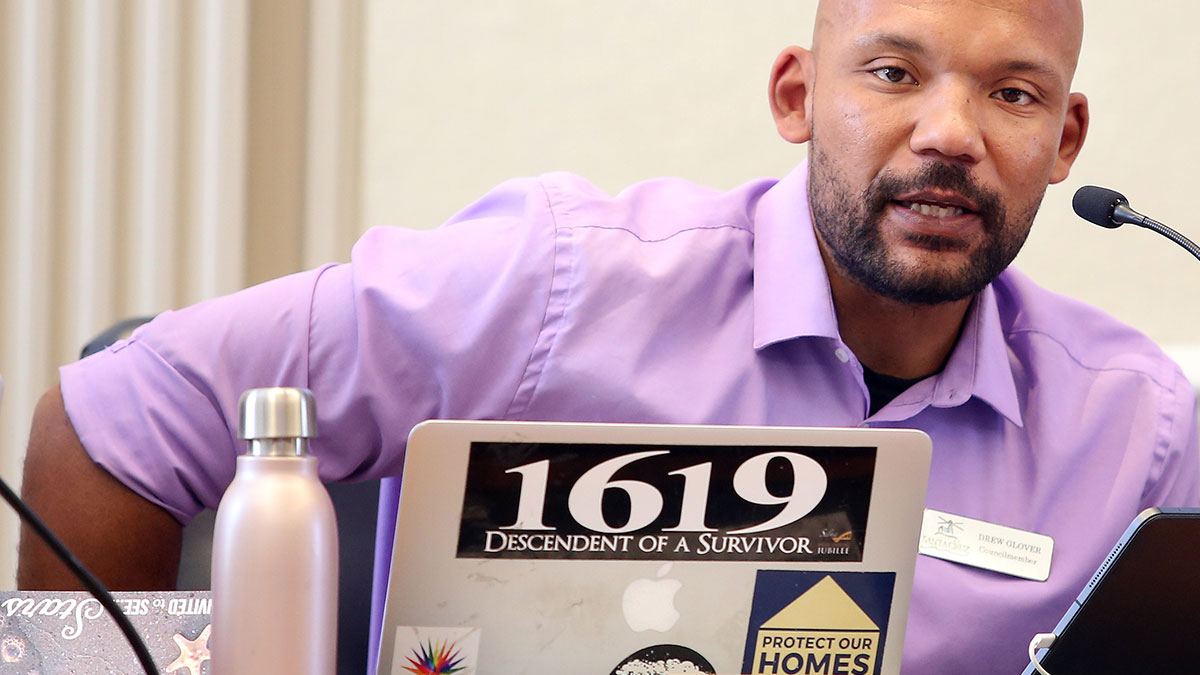 Five months after an effort to recall two Santa Cruz city councilmen went public, the City Council has voted to certify the results and officially send the matter to the ballot after recall organizers met the threshold for petition signatures.

The latest step will raise four new questions for Santa Cruz city voters to answer on their March 3 ballots. First, voters will have the opportunity to recall either or both Drew Glover and Chris Krohn. Voters will also get to weigh in on who they would like to replace the councilmembers in the event that either does get recalled. Candidates interested in replacing Glover or Krohn will be able to run for either race, but not for both of them. The filing deadline for new candidates is Thursday, Dec. 19.

The recall has been controversial. Last month, Lee Brokaw, a supporter of Glover and Krohn, filed a complaint against the recall campaign with California Secretary of State Alex Padilla’s office.

Recall organizers began officially collecting signatures for the effort this past June. Glover, who was elected last year, and Krohn, who was elected in 2016, have both faced scrutiny for issues including their support of a homeless encampment and their conduct at the city. The two hold down the most liberal wing of Santa Cruz’s all-Democrat City Council. A big part of the recall campaign going forward will be that City Council meetings have been “just chaos” lately, organizer Dan Coughlin says.

But in his complaint, Brokaw, a general contractor, cites various alleged instances where recall signature gatherers either misrepresented themselves or lied in order to get voters to sign—including allegations that GT has reported (“Out Lying,” 10/16). “I’d never done anything like this before,” he says. “I’m a builder, not a lawyer.” Brokaw has not heard back from the secretary of state.

Former Mayor Mike Rotkin, a veteran of local political campaigns, says his guess is that Padilla’s office is not going to get involved, and he insists he doesn’t say that out of animus or any sense of partisanship. “They have other fish to fry, but we’ll see,” Rotkin says. “I don’t know many campaigns that everyone agrees it was so clean. Everyone always thinks the other side is scum.”

Rotkin has also never heard of anyone local filing an election complaint with the secretary of state. Complaints with the Fair and Political Practices Commission (FPPC) are more common. He says that an FPPC complaint has probably been filed for one race or another in just about every election since 1970—and often, no one hears a determination on the investigation. (According to the secretary of state’s website, there’s a broad swath of campaign law, and these particular sorts of allegations involving unscrupulous signature gatherers do go to the secretary of state, not the FPPC.)

As it happens, Rotkin says many have been asking him to run again for the council, in light of the recall. “I’m not interested, and I’m not running,” he says.

As far as GT has been able to confirm, the race has only one official candidate so far: school teacher Renee Golder, who served on the Public Safety Task Force in 2013. Golder plans on running for Glover’s seat. Of the two potential openings, that slot would cover a longer timeframe, with the term expiring in December 2022.

Former Los Gatos City Manager Greg Larson—a candidate in last year’s council race, whose name had been floated as a possible candidate this time around—says he will not run. Former Councilmember Micah Posner says he won’t, either.

Former Mayor Don Lane says he’s considering a run for the Krohn’s seat, which would last through the end of 2020. Lane, who retired from politics in 2016, says he would not be interested in serving a term longer than that. Other potential candidates did not respond to GT’s inquiries.

At the Tuesday, Nov. 26, City Council meeting, Glover argued unsuccessfully that the council should decline to rubber-stamp recall results. That would have forced the county elections clerk to certify the recall instead.

Glover called on any one of his colleagues, “not being targeted by the recall” to make that motion. That prompted a long pause from the rest of the council. Councilmember Sandy Brown felt that, although she’s had concerns about the recall process, she wasn’t sure that it would be right for the city to sidestep its responsibility to put the vote on the ballot. She said she wouldn’t make the motion. After another pause, Vice Mayor Cummings made a motion to accept the staff recommendation to place the item on the ballot. It passed 4-3 with, Glover, Krohn and Brown dissenting.

Coughlin says he doesn’t fault Glover for trying to get the council to vote differently. If Glover had been successful, Coughlin argues, the councilman could have used the vote to delegitimize the whole recall process. “I thought it was a good political move on his part,” says Coughlin.

Coughlin says he has actually met with Glover and gotten to know him—and that he harbors no ill-will toward him, as Glover’s doing what he said he would do on the campaign trail.

“He’s doing what he said he was gonna do, and so I actually don’t dislike him,” Coughlin says. “He’s representing the folks he said he was going to represent. It’s just that I totally have a different philosophical, political position than he does.”

Coughlin says conversations about starting the recall went back to early 2019, which was shortly after Glover took office. That was when the council was considering passing a controversial just-cause eviction ordinance similar to the rent control measure that had been soundly defeated at the ballot a mere two months earlier.

In the middle of the campaign, the city released an investigation into the conduct of Glover and Krohn—substantiating claims that each had violated the city’s Respectful Workplace Conduct policy. Santa Cruz city employees increasingly started signing onto petitions after that, Coughlin says.

Some supporters of Krohn and Glover paint the effort to remove two councilmembers as part of a larger trend of right-wing groups across the country using recalls as coordinated attacks on more liberal politicians. Environmental activist Rick Longinotti, for instance, emailed GT articles about Republicans leveraging the tool to try and get back power in Colorado, Oregon, Nevada, Texas, and California.

Coughlin says that the recall campaign hasn’t coordinated with any political group, including the Santa Cruz County Republican Party. The political makeup of those who signed their names, he adds, roughly matches that of Santa Cruz.

“I don’t know of anyone who identifies as right-wing that was heavily involved in the recall,” he says.