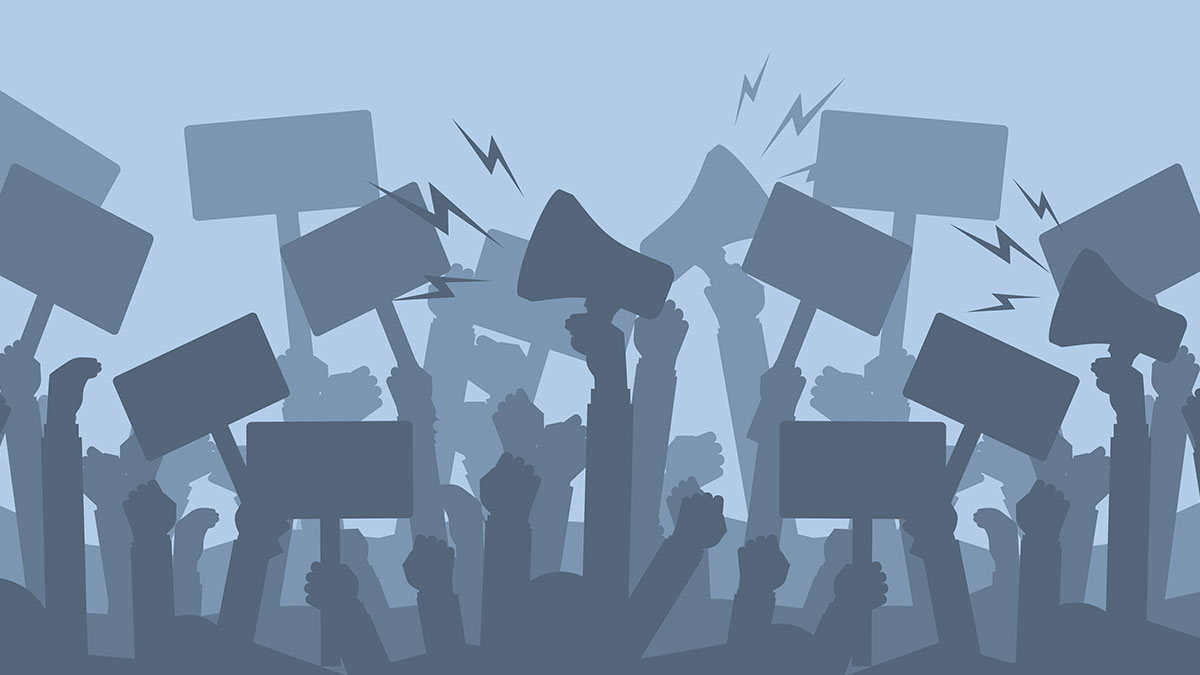 The Scotts Valley City Council will weigh whether to halt “targeted picketing” within 300 feet of a particular person’s residence at its Feb. 17 meeting.

At the Feb. 3 City Council meeting, City Attorney Kirsten Powell introduced Ordinance No. 197, which prohibits picketing within a football field’s length of a person’s home and makes the action punishable with up to “six-month imprisonment and/or a fine up to $1,000.”

The ordinance would go into effect March 19, if adopted by the city council next week.

It shares many similarities with ordinances in other jurisdictions, according to Vice-Mayor Jim Reed.

“We didn’t try to reinvent the wheel,” he said. “We used language similar to other ordinances that have been regularly upheld in court.”

In the council meeting Attorney Powell said, “The ordinance as drafted is narrowly tailored to protect the safety and tranquility of residents while leaving open ample alternative channels of communication.”

The proposed ordinance was originally suggested by Reed, who also serves as the chief of staff for San Jose Mayor Sam Liccardo. After witnessing protests escalate and involve neighbors outside of the mayor’s home in San Jose, Reed proposed the ordinance.

“Mayor Liccardo has had quite an issue with protests in his neighborhood,” he said. “There are protestors but also blatant vandalism and flag burning …. It’s not just impacting him, it’s impacting his neighbors. They’re getting vandalized as well, at times assaulted.”

Reed said he does not expect similar incidents in Scotts Valley, but he supports adoption as a preventative measure.

“I don’t think for a second that the kind of activity we’re seeing in San Jose is likely to happen in Scotts Valley,” he said. “At the same time, the quality of political discourse is seemingly degraded by the day. People can debate whether elected officials should have protests at their homes, but neighbors shouldn’t have to pay a price for that.”

Reed also said it is the right time to adopt this ordinance.

“If one were to pass an ordinance like this, after regular specific picketing, groups can contest that they were singled out,” he said. “If you pass it now, when things are quiet, then that gives a tool. Protest as much as you want but do it at a public forum, not in a residential neighborhood in the middle of the night.”

Although city officials don’t expect to enforce the ordinance soon, incidents of targeted picketing have previously occurred in Scotts Valley. In 2006, Dene Bustichi was targeted due to his position on the Transit District Board during a bus drivers’ union strike. About 30-40 protestors picketed outside his residence throughout the evening. Coincidentally, Vice-Mayor Reed covered the incident for the Press Banner.

“The daughter [of Bustichi] was very traumatized by it,” Councilmember Donna Lind said at the Feb. 3 meeting. “You don’t want children and families to be hurt by this, so I thank the Vice-Mayor for bringing this up.”

To comment on proposed ordinance No. 197, attend the next virtual Scotts Valley City Council meeting on Feb. 17.

Next ArticlePedestrian Struck and Killed by Semi in Santa Cruz