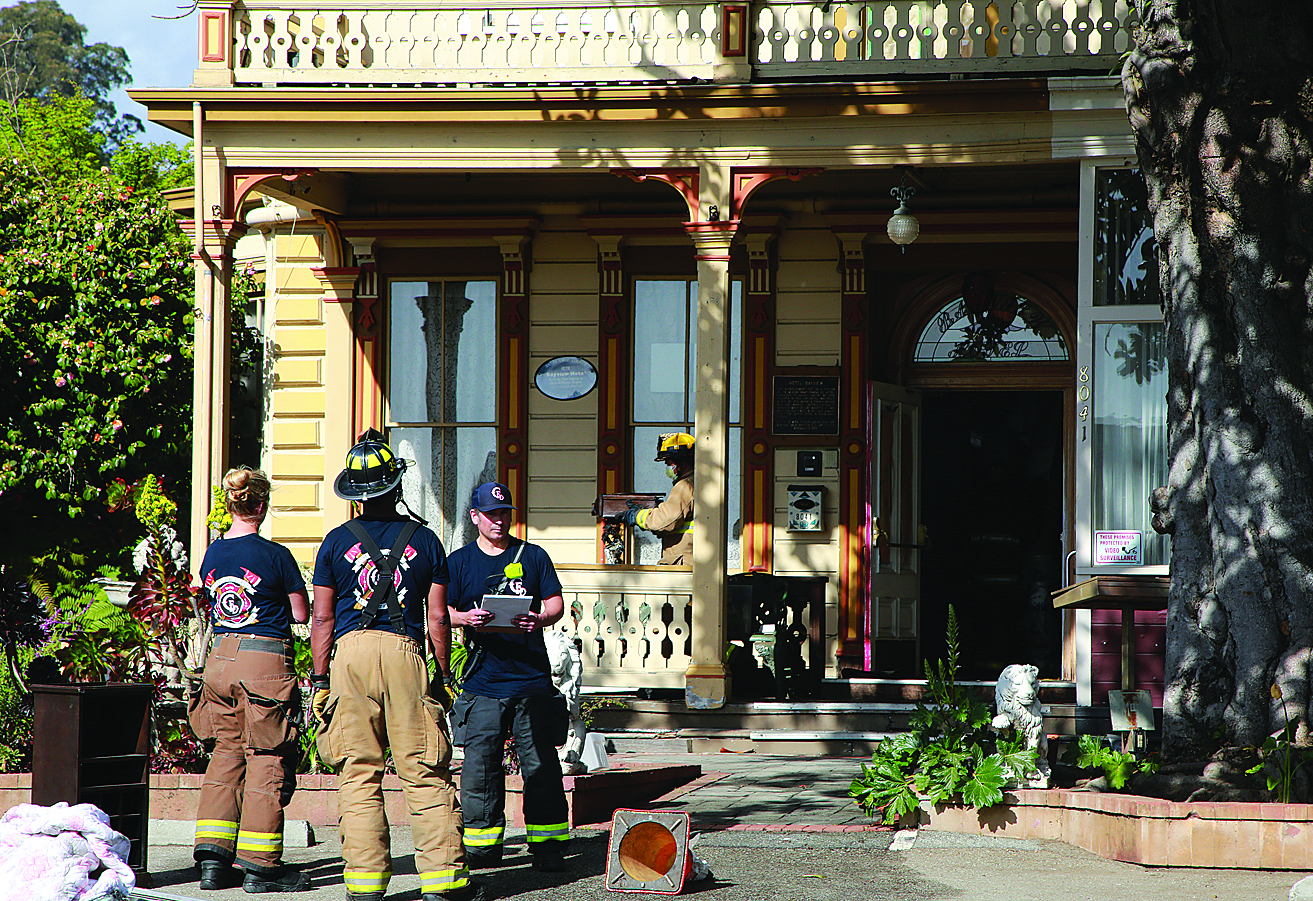 Fire broke out in the historic Bayview Hotel in Aptos Sunday afternoon.

Central Fire Battalion Chief Ryan Peters said a fast response from Central firefighters put a quick lid on the blaze inside the three-story landmark, which he described as a tinderbox.

“We kept it to one room where there was a lot of burned contents,” he said. “This had the potential to really take off.”

The fire erupted at 1:25pm on the ground floor. When firefighters arrived they reported smoke wafting from the upper floor windows. Peters said the hotel at 8041 Soquel Drive is currently not open for business.

He said he called in a fire investigator from Cal Fire to take over the investigation. No cause was readily mentioned.

Built in 1878 as part of the original railroad depot, the Italianate-style building, with its Mansard roof and elaborate decorative features, is on the Historical Trust Landmark denoted by a blue oval plaque beside the front door.

The fire came just over 90 minutes after a fire tore through the kitchen of a home on the 600 block of Nestora Avenue. in Aptos.

“We were still on the scene tackling that fire when the call came in for Bayview,” Peters said. “We’ve been busy lately and today is definitely real busy.”

Peters said no injuries were reported in either incident.

The American Red Cross was called in to help house around five people in the Nestora incident. The cause was undetermined as of late Sunday afternoon.

Previous ArticleWhat Characteristics Should Santa Cruz’s Next Police Chief Have?