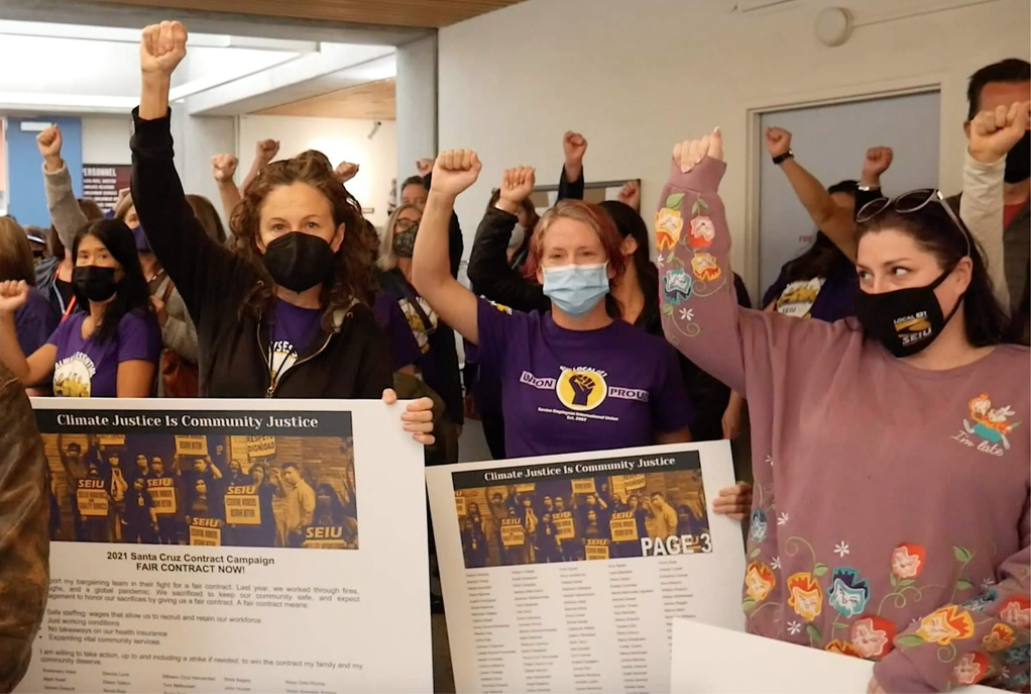 The union that represents some 1,600 County of Santa Cruz employees has averted a strike after hammering out a tentative agreement during all-day negotiations Monday.

The agreement between Service Employees International Union Local 521 and the County came on the cusp of a day of demonstration that was set to begin at 7am Tuesday.

The tentative agreement will now be voted on by union members in the coming week and then go to ratification by the County Board of Supervisors, the union stated in a press release.

“We are extremely proud to have stood resilient throughout our negotiations,” said SEIU Local 521 President Veronica Velazquez. “We strongly believe this agreement is an important step towards meeting the critical recovery needs of our community and workers.”

“We are grateful to have reached a tentative agreement with SEIU Local 521 on a new contract and avert a strike,” County Administrative Officer Carlos Palacios said in a prepared statement. “Many in our community depend on the county to help meet their needs and those of their families, and assuring that we can continue providing high-quality services without interruption is in everyone’s best interests.”

The union threatened a strike on Jan. 18, saying that a majority of members were rejecting the county’s final offer.

Next ArticleWill UCSC Make Its Target Date for In-Person Learning?