.Taqueria Tecoman is a Watsonville Gem 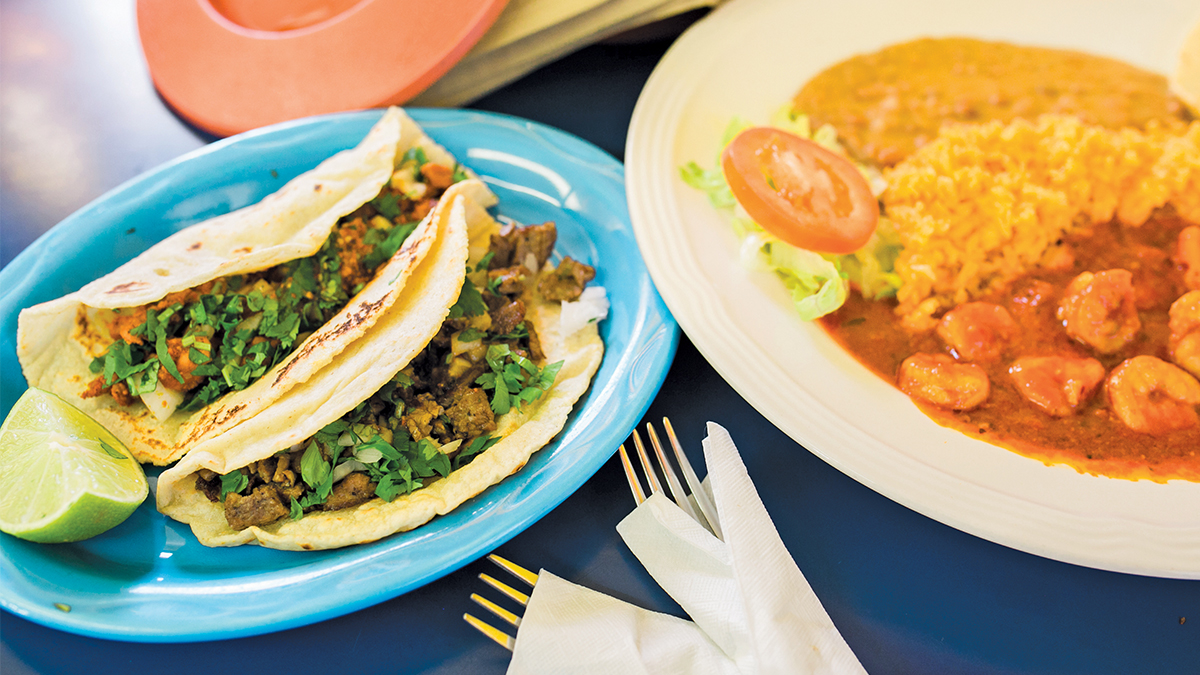 Taqueria Tecoman’s cheery, butter-yellow exterior sits at a busy intersection just off Main Street in downtown Watsonville. It may seem unremarkable, but don’t be fooled. Like many great Mexican restaurants, its outward appearance belies the wonders within.

Inside, the restaurant feels more like a classic diner than a taqueria. A gold-flecked formica bar and a dozen well-worn swiveling wooden bar stools divide the kitchen from the rest of the dining room, which consists of just four small tables against one wall. Conversations in Spanish and the sharp sizzle of kitchen chemistry reverberate between marigold yellow and bright orange walls.

But the first thing I notice when I step through the door is the thick, enticing aroma of freshly made tortillas. Although I haven’t eaten my way through their entire menu, I’m confident I will enjoy anything they place before me, for two reasons: one, this has been true so far, and two, everything comes with a pile of warm, handmade corn tortillas. Tender and fragrant with masa, I know they’re there to ferry camarones a la diabla to my face, but it’s everything I can do to resist spreading them with butter and sugar. They’re so delicious it feels totally normal to eat them by themselves.

Because of this, the tacos are unmissable. I’ll even order them as a side to another entrée—at $1.50 each, they’re worth the splurge. Each pair arrives scattered with chopped onion, cilantro, homemade salsa and a wedge of lime. The asada is delicious, but the cabeza is even better, super tender and packed with flavor.

Between the relaxed atmosphere, always-friendly service, colorful mismatched plates and nostalgic diner coffee mugs, it’s easy to be charmed by this South County gem. Their well-executed, uncluttered and intensely flavorful approach to Mexican dishes, accompanied by those unforgettable tortillas, truly sets them apart.

There are two craft beer events fundraising for great causes this Wednesday, Nov. 15. At New Bohemia Brewing Co., the B-Positive fundraiser, featuring the release of a pale ale of the same name, is raising money for young Pleasure Point resident Charlie Moore, who is suffering from an inoperable brain tumor. Meanwhile, Beer Thirty in Soquel will fill their 30 taps with beers from Sonoma County breweries, and will donate 100 percent of the night’s proceeds to those affected by the recent devastating wildfires.