.Love Your Local Band: The Haywoods 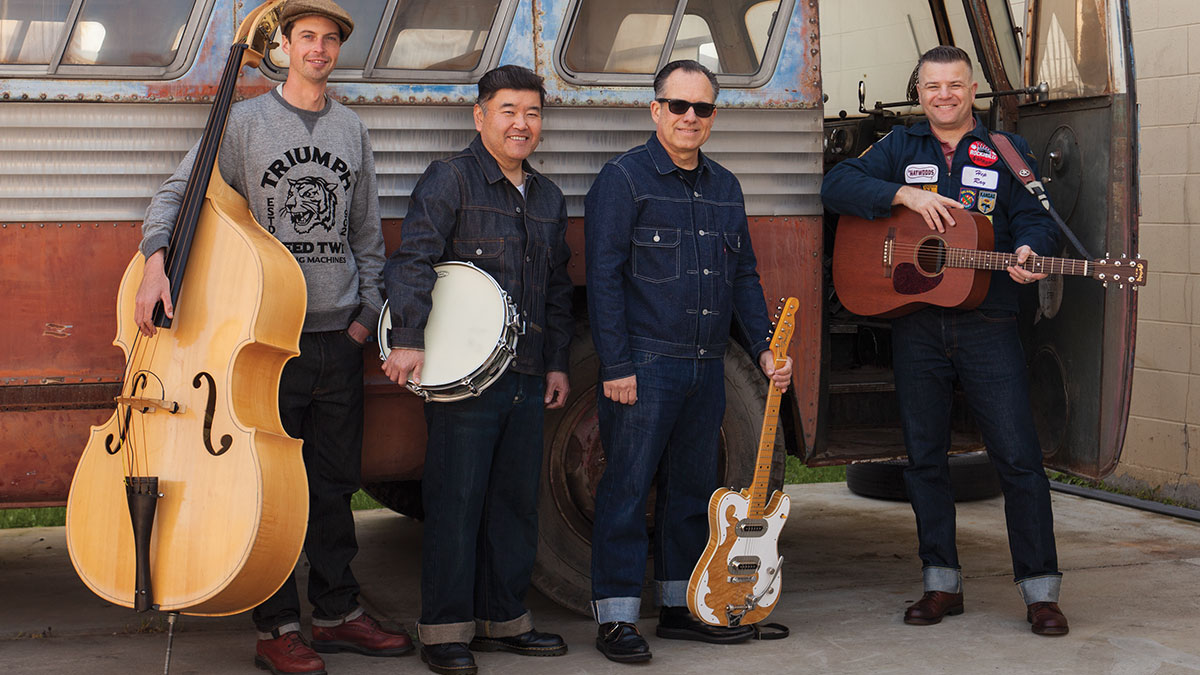 Santa Cruz rockabilly band the Haywoods started out in 1997. Or maybe it was 1995—it’s a little hazy. Let’s just say that the band has been at it a long time, longer than most of the traditional country bands around here.

At first, the focus was covering a lot of obscure ’50s rockabilly tunes, but the group quickly began filling out sets with originals. Early songs had lots of love for that same era, but with a modern twist.

“We’re not trying to create a museum piece. It’s not 1954 rockabilly. No, this is 2019. We want to do original stuff, we want to stay creative. That’s a big thing for us,” says lead singer Chad Silva. “We weren’t really trying to emulate what was going on in the ’50s, because quite frankly some of that stuff was quite silly. There’s a little bit more grit and humor to what we do.”

And the style can vary,  thanks to a lineup of one acoustic guitar, one electric lead, a double stand-up bass, and drum kit. For instance, one of the Haywoods’ new songs, “My Heart is in the Drink,” is a straight-up honky-tonk weeper.

“I think we play with classic American styles of music. A lot of it sounds really rockabilly, but some of it also sounds really country-blues. We play with unusual progressions. We don’t necessarily stick to 1-4-5 all the time.”

The group is nearly finished with its third, currently untitled full-length, which should be released sometime in the next few months.

Next ArticleMusic Picks: May 8-16