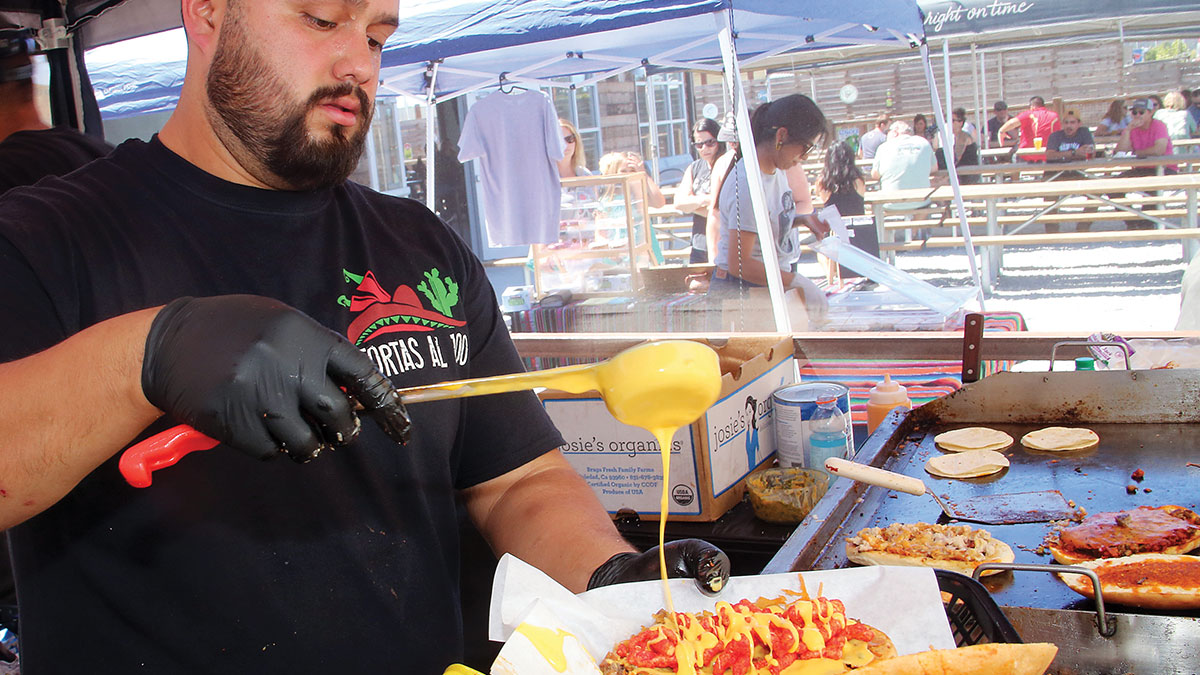 Orlando Osorino, founder of Central Coast pop-up Tortas Al 100, is focused not only on reinventing the torta, but also on his community.

When did you come up with the idea for Tortas Al 100?

ORLANDO OSORINO: We are involved with the community with a civil rights organization, and we do a lot of community service. Periodically we attend city council meetings, and last year, they were proposing that they wanted to start a flea market at the Salinas Rodeo.

How did you come up with your name?

We wanted to do something more modern, and more the trend that is going on right now in Mexico. There’s slang words where they will be like ‘el viejon’ or ‘el patron’ or different things that kinda mean either power or hip or modern. It was funny, we were just sitting there, and my wife was just like, “What about Tortas Al 100?”

What makes a good torta?

I think the principal things that make a good torta is going to be fresh produce. And when you are cooking with fresh meats, good seasoning, right temperatures. You don’t want to have your meat overly dry, you don’t want to have your salsas overly spicy. I think that the bread definitely ties everything together. We don’t actually use bolios. A lot of people use bolios. We use talera bread. The talera bread is a lot less hard and crunchy on the outside.

A: The Don Cheeto. We put chipotle mayo on the bun and we toast it. Of course the mayo has a little bit of fat in there, so it gets a nice crisp. Then we spread the bean spread on there, and then we throw cheese down directly on the grill so it gets nice and bubbly. We put bacon on there, carne asada and then we put it on your bread. Then we put a thin vlayer of nacho cheese, put the hot cheetos so they don’t go anywhere. Put some more nacho cheese on it, then we put lime-pickled onions. And then avocado, some more chipotle mayo. It’s a wrap.