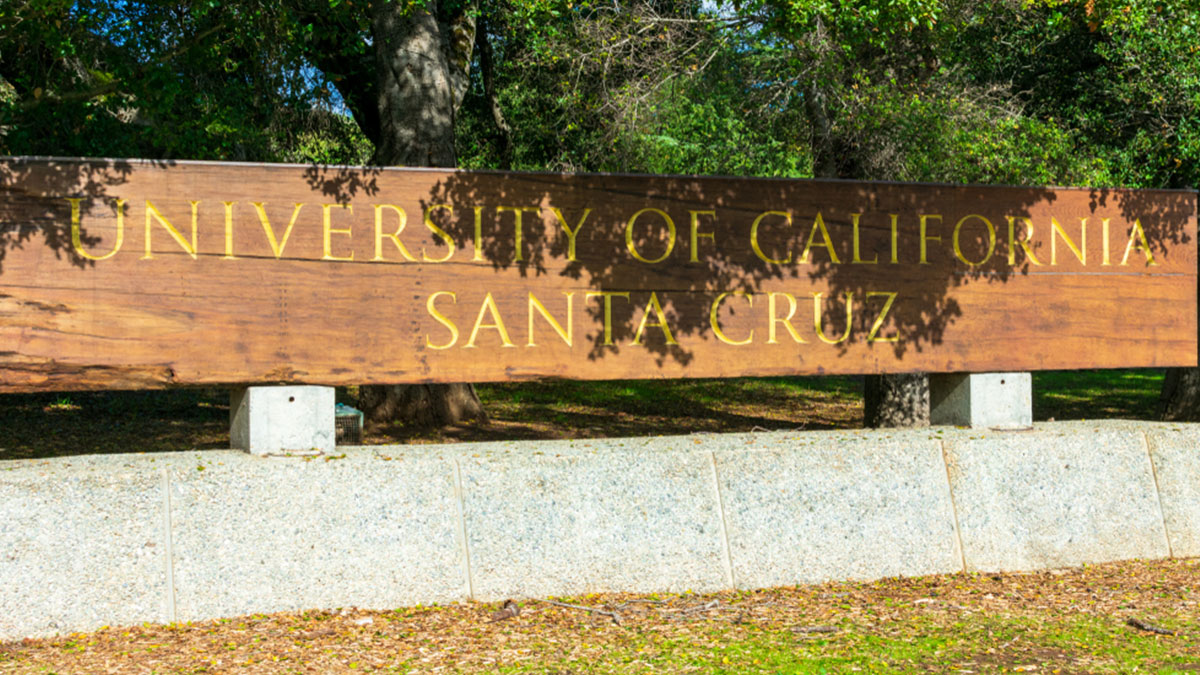 William T. Doyle, a Watsonville High School graduate who founded the Institute of Marine Sciences at UCSC—in addition to the Long Marine Laboratory—and was professor emeritus of biology at the university, died April 21 at his home in Santa Cruz. He was 91.

Doyle was one of the founding faculty members of UCSC when the campus opened in 1965.

He held many important administrative positions at UCSC but was best known for his leadership in the planning and development of the campus’s marine science program. He was largely responsible for the establishment of Long Marine Laboratory, and one of the lab’s original research buildings was named in his honor in 2003, when the lab celebrated its 25th anniversary.

“Bill was a wonderful human being who supported people and made UCSC and the world a better place,” said UCSC Institute of Marine Sciences Director Daniel Costa in a press release. “He played an essential role in building the marine science program at UCSC, and he made sure people had the resources and support they needed to succeed. He was absolutely critical in the development of my own career, and I know he touched the lives of many other people throughout the campus.”

Doyle served as chair of the campus planning committee on marine studies from 1970 to 1972, and he served as director of the Center for Coastal Marine Studies (renamed the Institute of Marine Sciences in 1983) from its establishment in 1976 until his retirement in 1991.

“While not a marine scientist himself, he had the vision to see that this was a field that UCSC could and should excel in, and he dedicated years to make that happen,” said Gary Griggs, professor of Earth and planetary sciences, who succeeded Doyle as the Institute of Marine Sciences director, in the press release. “Bill was generous with his time, and he encouraged and supported many young scientists in the early stages of their careers, whether undergraduates, graduate students, post-docs or young faculty. He was always ready to step in and take charge to move something forward in order to make UCSC a stronger institution.”

With the development of the campus’s marine science program, however, Doyle and his students delved into various areas of marine botany, including research projects on the ecology of marine algae and marine algal aquaculture. Among the graduate students Doyle advised were Julie Packard, now executive director of the Monterey Bay Aquarium, and Andrew DeVogelaere, research coordinator for the Monterey Bay National Marine Sanctuary.

“Bill Doyle had a huge influence on so many students’ lives, and the world will be a lesser place without him,” said Packard, who met Doyle when she took his introductory botany course as an undergraduate, which led to her working in his lab and signing up for the intertidal biology field course he taught with marine biologist John Pearse.

“Those before-dawn forays up the coast to Davenport Landing proved to be a turning point in my life, sparking my interest in ocean life and especially seaweeds,” she said in the press release. “When I later got involved in founding the Monterey Bay Aquarium, seaweeds featured prominently, from the kelp forest to our kelp swirl logo. The world owes all that to Bill Doyle. More than anyone during my college career, he was my mentor.”

In addition to his leadership of the marine science program, Doyle served as dean of the Division of Natural Sciences from 1980 to 1983. He also served for two terms as chair of the Department of Biology, and served as deputy and acting provost during the early development of Oakes College. He worked closely with J. Herman Blake, founding provost of Oakes College, to develop the college’s science program.

“As a colleague Bill Doyle profoundly influenced my work during my 18 years at UCSC. As friends we shared life perspectives that made each of us better persons,” Blake said in the press release. “Bill’s counsel and leadership gave life to the vision Ralph Guzman and I had for an outstanding science program at Oakes College. We created a singularly unique program that opened a new world to many students.”

A fellow of the California Academy of Sciences, Doyle also played the French horn in the Santa Cruz County and Monterey County symphonies from 1966 to 1980.

Doyle was born in 1929 in Coalinga, California. His parents divorced when he was five, and his mother moved with her four children to Soledad, a small farming community in Monterey County. While still in grammar school, Doyle began working to help support the family, doing yard work and delivering newspapers during the school year, and working during the summers on farms and ranches, in a fruit packing shed, and in a grain warehouse.

Doyle received his bachelor’s and doctorate degrees in botany from UC Berkeley. He spent five years on the faculty of Northwestern University in Illinois before coming to UCSC as a founding faculty member in 1965.

In recent years, Doyle published two books on the history of the UCSC campus. “The Origin of UC Santa Cruz” focused on the events leading to the establishment of the campus in Santa Cruz, and “UC Santa Cruz: 1960–1991” covered the campus beginnings and early development of science programs and facilities, with an emphasis on the marine sciences.

Doyle is survived by his daughters Shelley, Carol, Jean, and Mary, and three grandchildren. Donations in his memory may be made to the Institute of Marine Sciences General Fund and the J. Herman Blake Fund for Service Learning at Oakes College.

Next ArticleReport: Covid-19 had Bigger Impact on Black, Latinx Communities