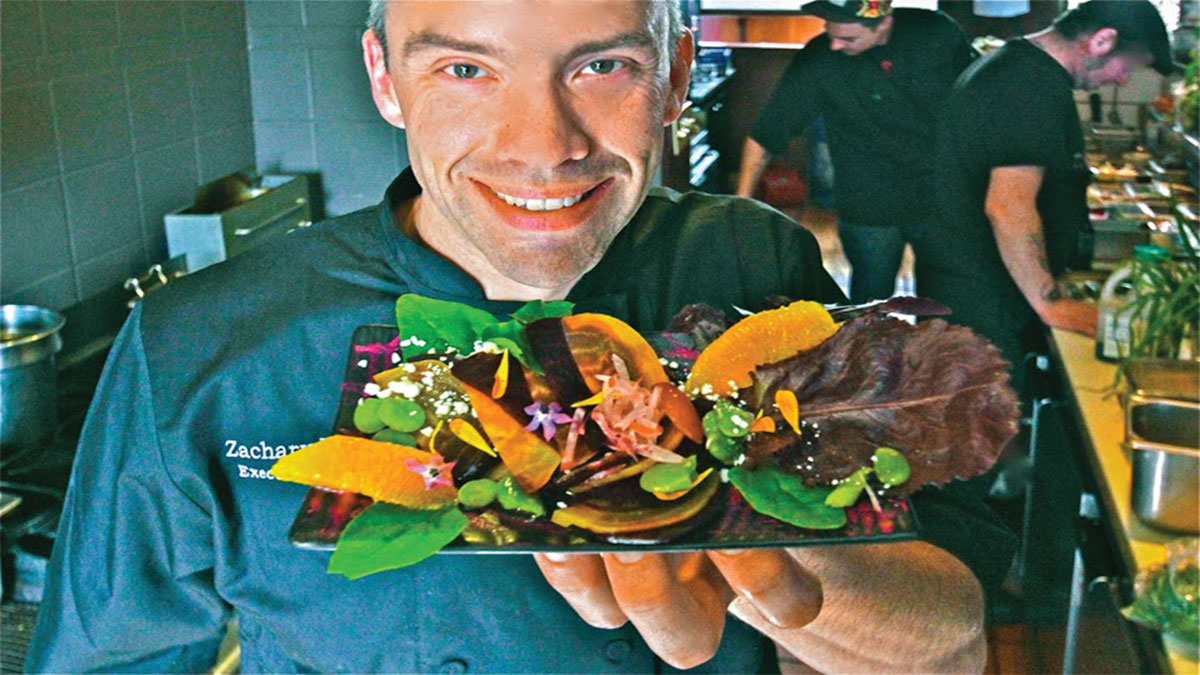 The first time I met chef Zachary Mazi of LionFish SupperClub, I tried duck carnitas ice cream.
It was cold, creamy, tasted exactly like taco filling—and was, surprisingly, not that bad. He and business partner Tighe Melville had recently moved into the kitchen above Motiv and used the unusual concoction as a demonstration of how they’re trying to maintain the spontaneity and playfulness of a pop-up in a brick and mortar space.
There is no better reflection of that mission on their menu than the Akamai Pupu, or “clever appetizer.” Neither the customer, server or chef knows what this $10 bite will be when it’s ordered. The ticket prints out in the kitchen, and the chef is forced to improvise.
So, on my most recent visit, I sidled up, hoping the kitchen was up for a challenge. The first pupu arrived cradled in an abalone shell: two cilantro marinated prawns with a pleasant spicy heat over bacon and polenta. I sipped a tangy Country Road cocktail with bourbon, mint and ginger beer, and ordered another. The server returned with a flavorful salad of golden and ruby beets, cucumbers, radish, a generous amount of feta, feathery New Zealand spinach and strawberry vinaigrette.
By the time I ordered the last pupu, the kitchen was on to me. The final bite to arrive involved three colorful crostini spread with a bright green pesto of spring herbs, the first dry-farmed tomatoes from the farmers market, luscious smoked salmon, and arugula sprouts.
As I took the last bite, the sous chef came out with a grin. “Is that your last one? I’m just getting warmed up!” I told him for the moment, it was, but I’ll definitely be back for more.
Ulterior is open from 5 p.m. until late Wednesday through Saturday.

Lúpulo Craft Beer House teamed up with Sante Adairius Rustic Ales to celebrate their second anniversary. The downtown pourhouse and Capitola brewery collaborate yearly to create Doble Lúpulo, a double IPA bursting with orange aroma and flavors of zesty pink grapefruit. Hints of pineapple and lemon peel finish off this well-balanced—but at 8.2 percent alcohol, heavy hitting—brew. Head to either establishment to grab yourself a glass, and hurry. Like a birthday, this joyous occasion only comes around once a year, and will be here and gone before you know it.

Next Article‘Born to Be Blue’ Lacks Dimension