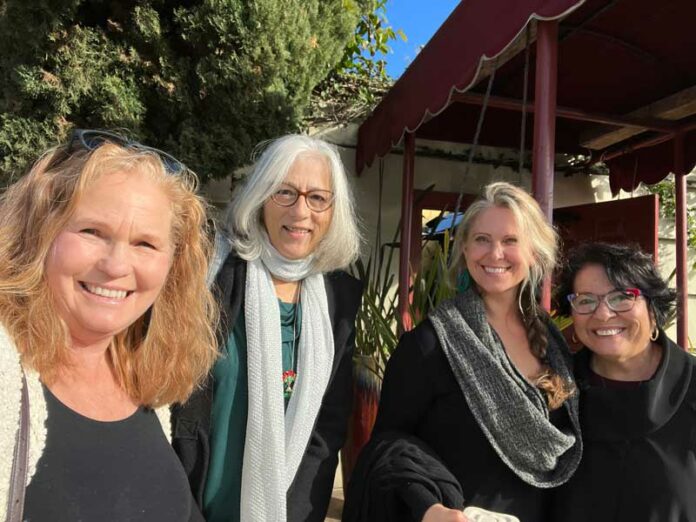 Women in Leadership for Diverse Representation (WILDR) will host a series of free virtual forums aiming to inspire and encourage women to serve in positions of leadership in Santa Cruz County.

“Dorian got us together, and we began asking questions about why it doesn’t seem like women are equally represented in positions of leadership in our community,” said Gail Pellerin, former Santa Cruz County Clerk and WILDR member. “We asked, ‘What can we do? How can we encourage and support women to take on these roles?’”

The first of five forums will be held Jan. 26 over Zoom, and will be moderated by Pellerin and Cabrillo College Trustee Christina Cuevas. Local women with experience in elected or appointed positions, or those with experience in supporting women candidates, will speak, provide information and resources. There will also be an opportunity for small group discussions.

The forum will focus on:

Pellerin said that the aim goes beyond helping women run for political office. There are many ways to get involved, she said, from helping out at public schools, organizing neighborhood safety groups, diving into local water issues, and more.

“It’s a matter of identifying what opportunities are out there,” she said. “Not everyone wants to run for office. But there are other ways to serve your community.”

The forum will be held at 6:30pm and be simultaneously translated into Spanish. It is free and open to the public, but pre-registration is required.

WILDR held their first forum last October with the help of co-sponsors, however, they ran out of time to do so again. Most expenses, including the Spanish translation, are coming out of members’ personal pockets.

“Putting the forums together … it does cost money,” Pellerin said. “We would eventually like to raise the funds to cover expenses. If people want to help us in the future with financial contributions, it would be a huge help.”

Four more forums will be held in the coming months. For now, they will remain virtual, but Pellerin said they hope to hold in-person events in the future.

“Things are changing,” she said. “City councils have a majority of women, which is great to see. But the board of supervisors still has five men. We’ve never elected a woman higher than countywide. We are just a grassroots group trying to make a difference, develop a pipeline for women in leadership, to make sure women of all backgrounds are represented.”