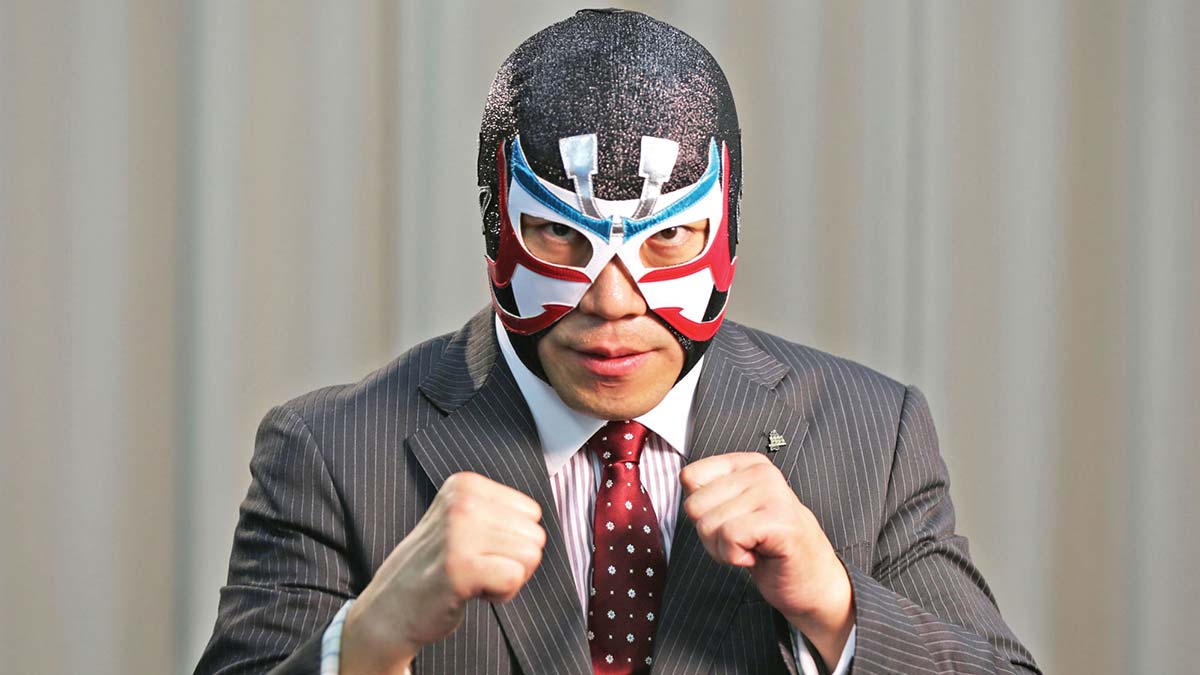 Over the last few weeks, Joann Godoy has spent around 200 hours staring at a sea of gray. Even now, she’s on her hands and knees inside the Fox Theater in Watsonville, trying to find any spots that she and her husband Marc might have missed while putting several coats of gray paint onto the floor of the historic theater.

“After 32 years of marriage, this is the kind of thing we do together,” she jokes.

As she touches up the paint job, the Watsonville Film Festival—the first event to be held in the South County landmark in years—is a week away, and she has no regrets.

“It’s actually pretty peaceful,” says Godoy. “I get to where I’m one with the paint. I’m an introverted kind of girl.”

But not so introverted, maybe, when it counts. Festival director Consuelo Alba reveals that far from just being handy with a brush, Godoy—whose official title is “project manager”—has a reputation as a difference maker in the world of South County nonprofits, and was instrumental in working with the city to get the WFF into the Fox, which has been Alba’s dream since she and her husband John Speyer co-founded the festival five years ago.

“Finding Joann was one of those big moments,” says Alba, as she stands in the center of the theater that she and her team have been working nonstop, seven days a week, to renovate.

There is something about Alba that inspires big moments, and influential people. She has won the support of some of the biggest names in Santa Cruz County business, like George Ow, who connected her with a movie theater consultant, and Barry Swenson Builder, whose senior vice president Jesse Nickell personally oversaw the restoration of the Fox’s roof, which had been in such bad shape before the repairs that pieces of it were falling away. She has sought out advice from locals like Laurence Bedford, upon whose Rio Theatre in Santa Cruz Alba hopes to model the Fox’s success, and Geoffrey Dunn, who will be honored on opening night this year, as part of a tribute to pioneering local filmmakers. Dunn’s documentary about Filipino farmworkers, Dollar a Day, 10 Cents a Dance, which he co-directed with Mark Schwartz, was actually shown at the Fox three decades ago, and will be the first film screened when the theater re-opens for the festival on Thursday.

Alba has brought both Watsonville’s old guard (like community activist Alan Hicks and El Teatro Campesino vet Frank Rodriguez) and new blood (such as Jacob Martinez, who helped found the WFF, and Gabriel Medina, both of Digital NEST) onto the festival’s board and production team. Perhaps most importantly, she won over Green Valley Cinema owner Hank Garcia, who also owns the Fox.

“It’s not just about watching a film,” says Alba of the WFF. “It’s about making connections, and it’s about what resonates with the community.”

Alba’s incredible calm—even in the midst of the total chaos that comes with 10 months of restoring a 93-year-old theater—and irrepressible positive attitude are a big part of what makes her passion so contagious. It also sometimes makes people underestimate her, she admits.

“Some people think I’m naïve,” she says. “I’m not. I’m aware. This has been very hard. It’s a very stressful project. But I’m at my best when I’m calm. That’s my main job, just to be calm. I take it very seriously.”

And she’s being taken seriously now, too. Whereas the restoration of the Fox on a nonexistent budget once seemed like a pipe dream, it is now a reality. The 450 new seats were donated by Cinelux. Barry Swenson Builder did the roof renovation for free. Alba’s team of volunteers like Godoy has worked tirelessly. It’s all been building up to this week, when the festival will show off their work while presenting a diverse slate of films over four days, Sept. 29-Oct. 2.

The opening night program, “Local Visions, Past and Present” will feature Dollar a Day, along with several other short films from local filmmakers. “It’s important to use this place to showcase the talent that we have in this community,” says Alba.

Among the other events she’s most excited about is the live performance by El Sistema Youth Music Program before Friday’s screening of Landfill Harmonic, a documentary about a “recycled orchestra” made up of Paraguayan youths whose instruments are constructed from garbage. Following that family-oriented offering will be the more adult Viva, a fictional film about Cuban drag queens that was Ireland’s entry for the Best Foreign Film Oscar race last year.

Perhaps the most offbeat event this year is a community bike ride on Sunday morning inspired by the film Ovarian Psychos, which screens Saturday night. The documentary follows a group of Chicano feminist activists in East L.A., several of whom will be traveling to Watsonville to attend the screening.

“Where they live is so similar to where we live,” says Alba of the film’s protagonists. “I see friends that I have here in Watsonville in those women.”

The closing film is Boy and the World, an animated film from Brazil that was nominated for an Oscar last year, to be followed by a fiesta at 5:45 p.m. at Plaza Vigil on East Beach Street.

But this year’s biggest standout might just be The Great Sasuke, a documentary about the Japanese wrestler who singlehandedly made his native country crazy for Lucha Libre. Its Mexican-Japanese mash-up seems perfect for Watsonville, a city with prominent immigrant communities from both cultures.

Other WFF offerings this year include everything from a program of horror shorts from local filmmakers to Indivisible, a documentary about the “DREAMers,” students whose parents have been deported.

Alba says there is a long way to go in figuring out a long-term model for the Fox, but the restoration effort and the film festival are proof of its potential.

“This is just a preview of what we can do,” she says.

The Watsonville Film Festival runs Sept. 29-Oct. 2 at the Fox Theater, 15 Maple St. in Watsonville. Schedule information along with day passes, all-access passes and single-event tickets are available at watsonvillefilmfest.org.

Next ArticleCould Farmed Seaweed Save Us?