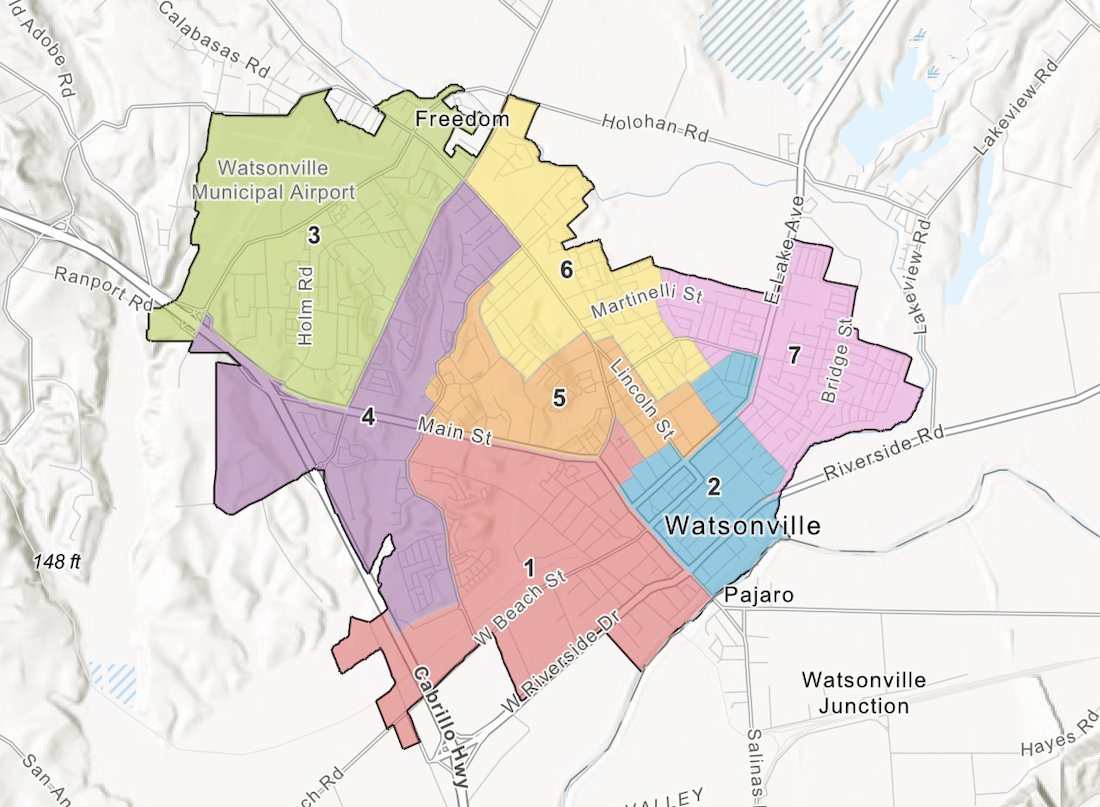 The Watsonville City Council at its Tuesday meeting approved new district boundaries that feature only a handful of differences from the borders that were in place during the last decade.

Every decade following the release of census data, jurisdictions must adjust their district lines to account for possible shifts in population from one area to another. This is done to ensure that all elected districts and communities remain as equally represented as possible in local government.

In Watsonville’s case, that meant adjusting the boundaries of the city’s seven districts to account for the changes the city has undergone since 2011, and the possible growth it will see in the near future.

The changes are as follows:

The map was approved by a 5-2 vote, with City Councilmembers Rebecca Garcia and Vanessa Quiroz-Carter dissenting.

Garcia said she voted against the proposal because the map did not unify the Clifford Avenue apartment complexes that are currently split between the 5th and 4th districts. Garcia throughout the redistricting process has said the apartments are a “community of interest,” or a group that has similar concerns and makeup, and should be lumped into one district.

Quiroz-Carter did not explain her dissenting opinion Tuesday. But in previous meetings, she has said that she worried the removal of the neighborhood off Rogers Avenue, known in local political circles as “The Thumb” because of its shape in relation to the 2nd District, would hurt her constituents.

The final map was the result of the city’s redistricting process that began in earnest last fall. A seven-member committee appointed by the city council recommended the elected leaders move forward with the plan accepted on Tuesday after a half-dozen public meetings.

Several committee members said they chose to stay close to the status quo because of concerns about census undercount and a possible dilution of power in the 1st and 2nd districts—historically representing large Latino populations.

The plan will return for a second reading on Feb. 22 or March 8. It must be finalized by March 20.

Next ArticleLocal Music Teachers to Perform at Carnegie Hall