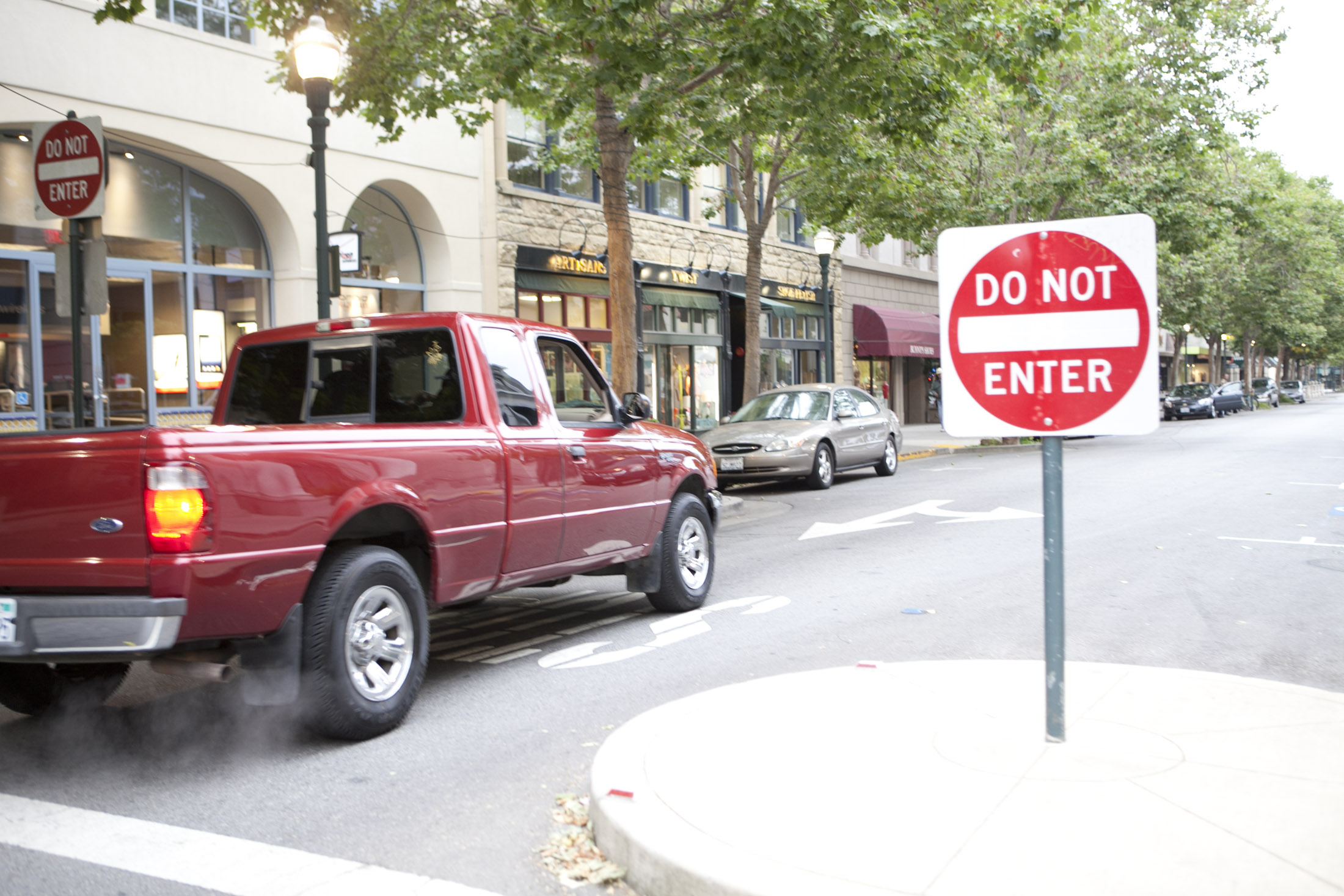 Jesse Nickell, who wants to improve Pacific Avenue’s traffic flow, knew from the start that changes would never go through without a fight.
“People are always fearful of change, and that’s normal,” says Nickell, a senior vice president at Barry Swenson Builder. “Now we have a change in front of people, and it seems scary.”
That’s why Nickell, also a downtown commissioner, jumped at the opportunity to serve on an ad-hoc committee about the street along with a few other commissioners, a councilmember and two community members. The latest plan is to make Pacific Avenue one-way going southbound, based on recommendations from the commission and the Downtown Association. It could make downtown’s main street less confusing to drive on, although some business owners are still less than thrilled about the idea.
“Of course I don’t like it, because I’m going to lose business. I’m going to lose parking spots,” says Michael Mounir, owner of the Falafel House on Walnut Avenue. Mounir has been in business on Walnut Avenue since 1997.
Like a handful of Walnut Avenue business owners, he worries about the four parking spaces that could be lost on his downtown side street to allow for the update. The plan would also switch the traffic patterns on Lincoln Street and Walnut Avenue. Drivers would start driving east instead of west on Walnut. That means drivers would no longer be able to get from Pacific Avenue onto his street. They would have to do it from Cedar Street instead.
Mounir hopes the Santa Cruz City Council declines to spend the $65,000-plus on the pilot program. “I don’t understand why they have to spend money and do all this,” he says.
Pacific Avenue is currently one-way southbound for about one block, starting at Mission Street. Then the pattern switches to two-way traffic at Locust Street for a block, followed by one-way northbound for a few blocks, and two-way the rest of the way.
The latest plan will turn the one-way northbound section into southbound traffic, and people would be able to drive the entire length of Pacific Avenue without being re-directed for the first time in decades. The city’s Transportation and Public Works Commission also suggests adding a contra-flow bike lane, allowing bikes to freely travel in each direction.
The idea of changing Pacific Avenue traffic to one-way or two-way has been kicked around from one city body to another. In 2011, the city hired retail expert Robert Gibbs to deliver a report on economic development, and he found that retailers were losing over $300 million in sales annually to other communities. As part of his recommendations, he initially suggested making traffic go two ways all the way down Pacific Avenue, which would have ultimately proved problematic for the city’s parking supply, eliminating over 40 spaces on Pacific Avenue. When the City Council asked Gibbs about going one-way, he said anything would be “an improvement.”
Nickell and other supporters say a one-way Pacific Avenue offers the best of both worlds. Downtown Santa Cruz would become less confusing for tourists to drive through, and people will be able to cruise down the street on their way to the Santa Cruz Beach Boardwalk. At the same time, it allows the city to keep more parking spots on Pacific and leaves more room for the city’s fire engines.
Still, the plan has been criticized by those who don’t want to lose any parking spots at all, don’t want Pacific to be more car-friendly or would prefer two-way traffic.
Standing outside his tie-dye shop A Brighter World, Jeremy Carlson says that both ardent supporters and opponents of the proposed change are overly confident in their position.  Carlson, whose business is also on Walnut Avenue, insists that no one really knows whether the changes would improve or worsen business, and that they probably wouldn’t make a big difference either way.
“It’s not that I’m upset. I find it immature that some people say this will be good, or this won’t be good,” Carlson says, his reading glasses clipped to tie-dye polo shirt.
“I won’t say childish,” he adds, “because I don’t want to insult children.”