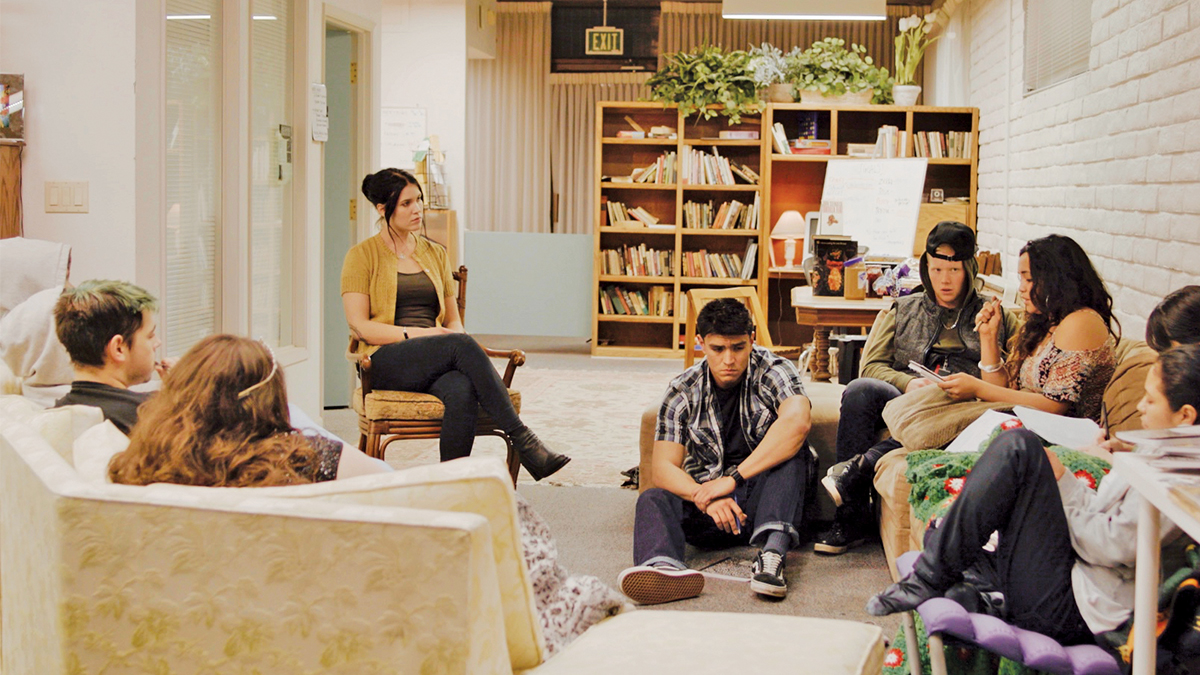 Writer-director Tess Sweet has spent the last two years tangling with the film, TV and tech industries, as she worked on her web series Cleaner Daze. Set in a fictional Santa Cruz rehab facility, the show features a cast of nonprofessional teen actors who are also recovering addicts in real life, toying with the line between scripted drama and reality TV as they play characters who are in some ways reflections of themselves.

What Sweet discovered is that making the show is the fun part—and also the quick part. If she thought nine months of editing the first season was challenging, it was nothing compared to the many more months that would be spent writing academic essays for applications to film festivals, building up a social media presence for the show, and following up with the many industry people who’ve shown an interest in it.

“I work on this every day,” says Sweet. “I’ve gained 15 pounds, because normally I’m active—especially during production, you’re moving and shaking. But this stuff is like applying for things, emailing stuff, being your own publicist, working on the website. It’s just sitting in front of a screen, and it’s not as fun as making it. I can’t wait to get back to that part.”

Her wait may soon be over, as Cleaner Daze is set to finally drop across multiple internet platforms on Wednesday, April 25—preceded by a hometown screening at the Del Mar Theatre the night before.

In fact, she’s been ready to release the show for a while, but couldn’t during what she describes as the “crazy-making” process of waiting to find out if they’d been accepted into the prestigious Tribeca Film Festival in New York—releasing the show before the festival would have made it ineligible. Finally, Sweet learned last month that Cleaner Daze would indeed play Tribeca, and she leaves this week to attend three screenings there that have already sold out.

It’s a chance to have a little fun with the industry that’s been driving her crazy.

“We’re bringing our own little mini-red carpet—it’s literally a red bath mat,” says Sweet. “And a mini banner, and a couple of gold microphones. And we’re going to do Facebook Live from the red carpet at Tribeca. It’s going to be amazing. We’re the small-town kids in the big city, and we’re just going to own it rather than try to be something that we’re not.”

Throughout this whole process, in fact, she has fought hard to make sure Cleaner Daze didn’t turn into something other than what it was meant to be.

“I’m gripping strong onto the essence and mission of this show,” she says. “Some people have come in who wanted to attach stars; one team was like ‘we want Courtney Love to be in it.’ But part of what’s so charming about it is that it’s very real. A lot of the cast are in recovery, almost everybody lives in Santa Cruz. A couple of them I got out of Santa Cruz Residential, they had been homeless. The actor who plays one of the favorite characters—oh my god, he’s amazing, he plays the front-desk receptionist—he had just gotten out of jail when I met him.”

It’s not like all of the industry stuff has been a drag. It’s been fun for the cast and crew to discover which big names have been getting into the show as it’s circulated around Hollywood. Like when someone from Dwayne “The Rock” Johnson’s production company, Seven Bucks, asked to meet with Sweet.

“He has a YouTube channel with 40 bajillion followers. So we met with her, and she was like, ‘We love Cleaner Daze.’ And I said—Sweet lowers her voice to a conspiratorial whisper—‘Does that mean the Rock watched Cleaner Daze?’ And she was like, ‘Of course, or I wouldn’t be here! He loved it!’”

Far from scaring off partners, it turns out, the real-life issues around addiction and recovery have actually won the show accolades for its authenticity. It all comes back to the approach of Sweet, herself a recovering addict who has been clean for 16 years, and her producer and co-writer husband, Daniel Gambelin.

“I’m just really honest. I was raised by hippie lesbians, it’s in my genetic makeup. I’m very open,” says Sweet. “I briefly was part of this women-in-film mentorship circle, and I remember we were introducing ourselves and each woman was like, ‘I directed this and this, and I’m working on two features.’ And when it was my turn, I said, ‘Well, while you guys were doing that, I was smoking crack in an alley. So this is my first project.’”

The ‘Cleaner Daze’ screening and launch party will be held at the Del Mar in Santa Cruz on Tuesday, April 24, at 7 p.m. Advance tickets are $12/$15, available through brownpapertickets.com. Season one of ‘Cleaner Daze’ premieres on April 25 on YouTube, Facebook, Vimeo and cleanerdaze.com.

Next ArticleWorld Prayer in Times of Crisis: Risa’s Stars Apr. 18-24