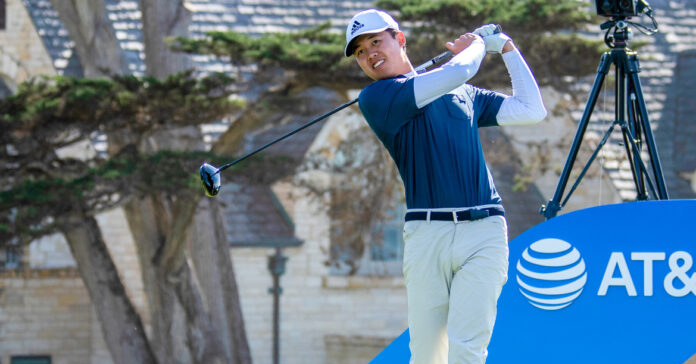 The AT&T Pebble Beach Pro-Am makes its grand return to the Central Coast this weekend and it will once again feature some of the best professional golfers from around the world.

Amateur golfers, including celebrities and professional athletes, and spectators surrounding the sidelines also return after they missed last year’s event due to the Covid-19 pandemic.

“There is always considerable excitement around the tournament but with the spectators and celebrities on hiatus last year, the buzz is even greater with their return for 2022,” said Steve John, CEO of Monterey Peninsula Foundation. “It promises to be memorable for the players, fans, volunteers and the deserving charities that will benefit.”

The AT&T Pebble Beach Pro-Am, which is hosted by Monterey Peninsula Foundation, features United States Ryder Cup teammates Patrick Cantlay, Jordan Spieth and Daniel Berger, who is set to defend his AT&T title from a year ago.

Other top professionals include Matt Fitzpatrick, Kevin Kisner, Justin Rose and Maverick McNealy, the Stanford graduate who was runner-up to Berger in 2021.

One of the biggest celebrities making their tournament debut is Canelo Álvarez, a Mexican professional boxer who has won multiple world championships in four weight classes from light-middleweight to light heavyweight.

Monterey County Supervisor Luis Alejo said the AT&T Pro-Am is a premiere golf event in a county that is 60% Latino.

“It’s outstanding to see the best pound for pound boxer today and the beloved Mexican sports legend Canelo Alvarez participate in this year’s tournament,” Alejo said. “He has a great golf game and is sure to attract more Latino fans to the annual event and to the sport of golf. We welcome Canelo any time to Monterey County.”

Other celebrities making their tournament debut include Mia Hamm, a two-time Olympic gold medalist and two-time FIFA Women’s World Cup champion, and Los Angeles Dodgers outfielder Mookie Betts, who was the first player in Major League Baseball history to win most valuable player awards and World Series titles with different teams before the age of 30.

Next ArticleCarrillo to Plead Guilty to Killing Federal Officer