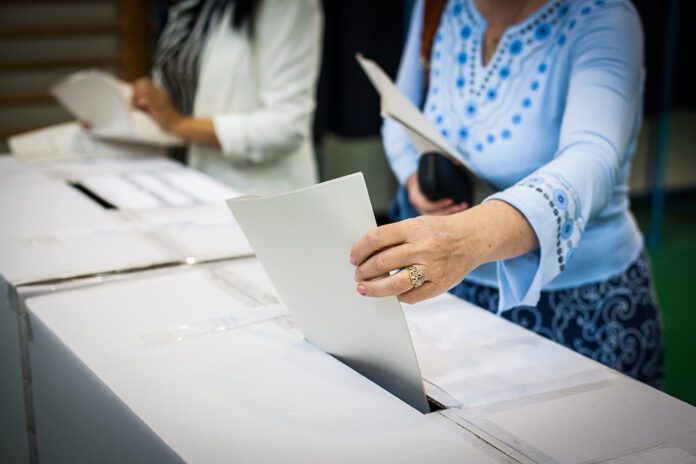 WATSONVILLE—Hundreds of Watsonville voters in District 2 received a ballot at their home this week, officially kicking off the home stretch of the Dec. 7 special election that will determine who will fill the vacant Watsonville City Council seat.

Residents in that district will have two choices to represent their area: Frank Barba or Vanessa Quiroz-Carter.

Both candidates are relative newcomers to politics, but have deep roots in Watsonville.

Barba, 42, is the son of Mexican immigrants and a longtime resident of Watsonville who holds an associate degree from Cabrillo College and works for Jacob’s Heart Children’s Cancer Support Services as a medical transport driver.

Quiroz-Carter, 35, is also a longtime Watsonville resident who serves as an adjunct professor at Hartnell College. She holds a bachelor’s degree in English literature from UC Berkeley and a master’s in communication from Cal State East Bay.

The victor will represent the district through 2024.

The election was set into motion after Aurelio Gonzalez stepped down because of a family health emergency in September. Gonzalez has since endorsed Quiroz-Carter, who he defeated in last year’s November election, as the candidate he would like to see fill the vacancy.

As of Nov. 1, Barba has raised $650 for his campaign with small contributions coming from local residents such as Dan Carrillo, who owns Pajaro Valley Printing.

As of Nov. 8, Quiroz-Carter has amassed $2,900 in campaign contributions. City Councilman Lowell Hurst, PV Dems co-chair Celeste Gutierrez and the PV Dems are her largest contributors, each giving $500. She has also received $250 from the chair of the Friends of the Rail & Trail board, Faina Segal.

Though neither candidate has held public elected office, both have spent time on the Watsonville Parks and Recreation Commission.

Barba, who says that he grew up with aspirations of holding office, says that experience has helped him understand how government works. It’s also helped mold his leadership skills, which he considers one of his biggest strengths.

“I think I’m more ready than ever [to be in office],” Barba said.

Along with her time on the Parks Commission, Quiroz-Carter has also been a part of the Santa Cruz County Women’s Commission and she is the vice-president of the board for nonprofit Families In Transition. She says that those roles have prepared her for the tasks that will be put before her if she is elected to the City Council.

“It’s already things that I’ve been doing for about a year,” Quiroz-Carter said. “I’m bringing a lot of leadership and a lot of that experience into this role.”

Barba says that while walking the neighborhood over the past two months residents have highlighted three key issues: traffic safety, parking and homelessness. For the latter, which he says is the most complex issue of the three, he says he would like to support more avenues for rehabilitation so that those who want to move into housing have a route to follow. He also said that homelessness is a product of the omnipresent housing crisis that is affecting every Watsonville resident.

If elected, he says he would promote programs and housing developments that would help Watsonville residents go from renting to homeownership. The low housing stock, he says, is a big reason why rents are too high and why owning a home is unattainable for many residents.

When asked about housing, Quiroz-Carter said that the city must update and clarify its planning documents so that developers can confidently move forward with their projects and build needed housing. She also said that the city must take advantage of some of the recent state bills that streamline housing development such as Senate Bill 35, which takes away some of local government’s power, so that affordable housing projects can be constructed.

“We need to do things that attract different developments that benefit our existing residents,” Quiroz-Carter said.

It will also be key, Quiroz-Carter says, to place that housing close to services, businesses and public transportation—particularly in downtown—to promote a strong economy and allow the city to reinvest added revenue into programs helping youth and small businesses.

“We can build a Watsonville that promotes sustainability, builds a strong sense of community, creates and attracts jobs and really builds a city where we can comfortably work and thrive,” she said.

Barba says he is “very pro-business” and would like to cut down on restrictions placed upon businesses. He is also in favor of welcoming large employers, such as Costco, that will boost revenues and bring jobs. He says that he often hears people complain about the lack of businesses within city limits, particularly in downtown.

“A lot of people still have to go out of town to buy stuff,” he said. “We can’t shop here because we don’t have the stores that we need … The trends that are going on, we’ve kind of stayed behind while other towns are progressing.”

Barba says that he is against taking funds away from the police department, and would instead like to invest more funding into the city’s police officers so that Watsonville Police Department can increase its retention rate.

He did say, however, that he is all for having a third-party auditor look at WPD’s finances to see how they can improve the department.

“We need police officers. I know there has been a movement, but we’re a different community,” he said. “We want to pay our bills, pay our utilities, pay our water, but we want safety. We want to be protected. If we have an issue, we want to be able to call and have them arrive.”

Quiroz-Carter says that police departments should have the support of city leaders, but that it is key to not hand officers responsibilities that they are not trained for. She highlighted the work of the Ad-Hoc Committee on Policing and Social Equity for continuing the conversation around what role police should play in a community, and finding ways to improve the department.

She says she would like to implement several of the committee’s recommendations and continue those conversations around policing.

“I really want to find creative solutions for funding and projects that invest in community programs that provide community members with more jobs, more skills and more of a sense of community—investing back into the community,” she said. “I think that, most of all, this shouldn’t be an either-or debate as it has been framed by some in the past.”

For information about the Dec. 7 special election, visit votescount.com or bit.ly/3c8OT3c.