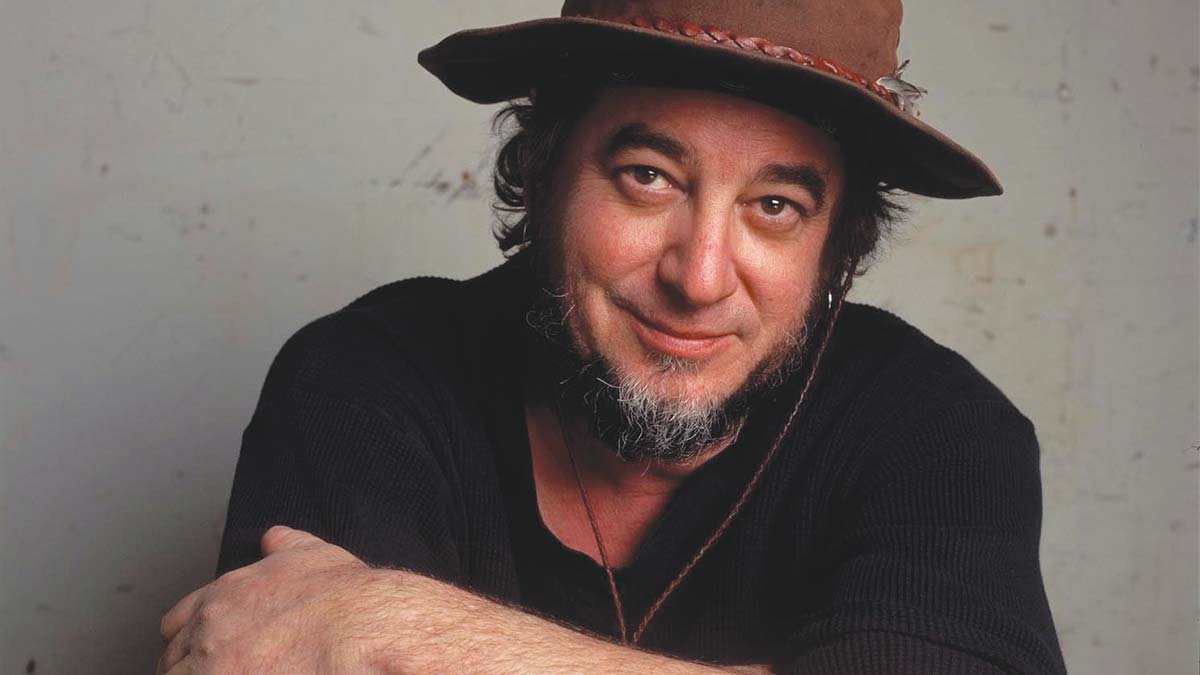 Ask Greg Brown what he’s been doing the last few years and you’ll likely get a few mumbled words about how he’s old and tired and worn out.
Though not particularly old, the 66-year-old singer-songwriter is one of the elder statesmen of contemporary folk music, having laid down a lot of songs, years and miles. These days though, he’s happy to have more time to relax at home.
“I’m just sitting around, looking at the sky,” he says, explaining that he’s looking forward to some spring fishing in his favorite streams. “I go and do gigs, but not nearly as many as I used to.”
When asked if he picks up his guitar very often, Brown perks up. “Oh yeah,” he says, “I’m still writing songs. I’ll probably do another CD here before too long.”
Such is the life of Greg Brown—a weary traveler with little tolerance for bullshit, who also happens to be one of the most talented songwriters of our time. Beneath his gruff disposition lies a tender heart and a keen ability to tap into the universal through tales of everyday life and simple pleasures like fishing, love and old friends.
In concert, Brown sits on stage, looking and sounding like a big, ornery bear, telling stories and jokes. He’ll then launch into a song full of such emotional insight that eyes well up in the audience. Then the tune ends and the bear resurfaces.
In his song “The Poet Game,” from the album of the same name, he explores the beauty and struggle of the poet’s life, spent crafting tales about the sadness, joy and the beauty of it all. In one verse, he references his grandparents’ young courtship singing, “She’d been cooking, ashamed and feeling sad / she could only offer him bread and her name / Grandpa said that was the best gift a fella ever had / and he taught me the poet game.”
On “Kate’s Guitar,” a song that pays tribute to the late Kate Wolf, Brown captures the gentle, enduring strength of the legendary songwriter and gives a nod to Wolf’s friend and collaborator, Nina Gerber, who now plays Wolf’s guitar: “I know why we live, I know why we die / I know why we laugh, I know why we cry / But I don’t know how this color of sky invites the evening star / I don’t know how such peacefulness found a home in Kate’s guitar.”
Brown has more than 30 albums to his name now, but he didn’t buy in easily to the idea of a music career. He gave it a shot in his late teens, but the business didn’t agree with him.
“I got into it for a while,” he says, “then I thought, ‘man, I don’t really care for this stuff’—8×10 glossies and all that—so I quit for four or five years.”
Music and writing run deep in Brown’s family, though. His grandfather and mother were both musicians, and his father was a Pentecostal minister. Despite his best efforts, the urge to write songs and play guitar was strong, so he returned to the musician’s life.
“I wanted to be a lawyer,” he says with a laugh, “but I was forced by circumstance to become a singer-songwriter.”
These days, Brown is still surrounded by music. He and his wife, singer-songwriter Iris DeMent, play music together at home—and when his daughters, including celebrated singer-songwriter Pieta Brown, are around, they’ll join in, too.
A favorite of local audiences, Brown has been performing in Santa Cruz for decades. On March 19, he plays the Rio Theatre, joined by singer-songwriter Karen Savoca and guitarist Peter Heitzman, two old friends Brown regularly performed with in the ’90s.
When asked if he has any advice for young singer-songwriters considering a career in music, Brown simply says, “Run.”
True to form, however, his growl is followed by warm insight.
“If you can find something that you really love to do, and that feels natural to you, and you feel like you’re putting something good out, stick to it as far as you can,” he says. “We’re not here long and if you can find something that really fills you up, just hang on to it.”

Previous ArticleBeasts of No Nation

Next ArticleKitchen of Dreams: How the El Pajaro Kitchen Incubator is Helping Food Entrepreneurs