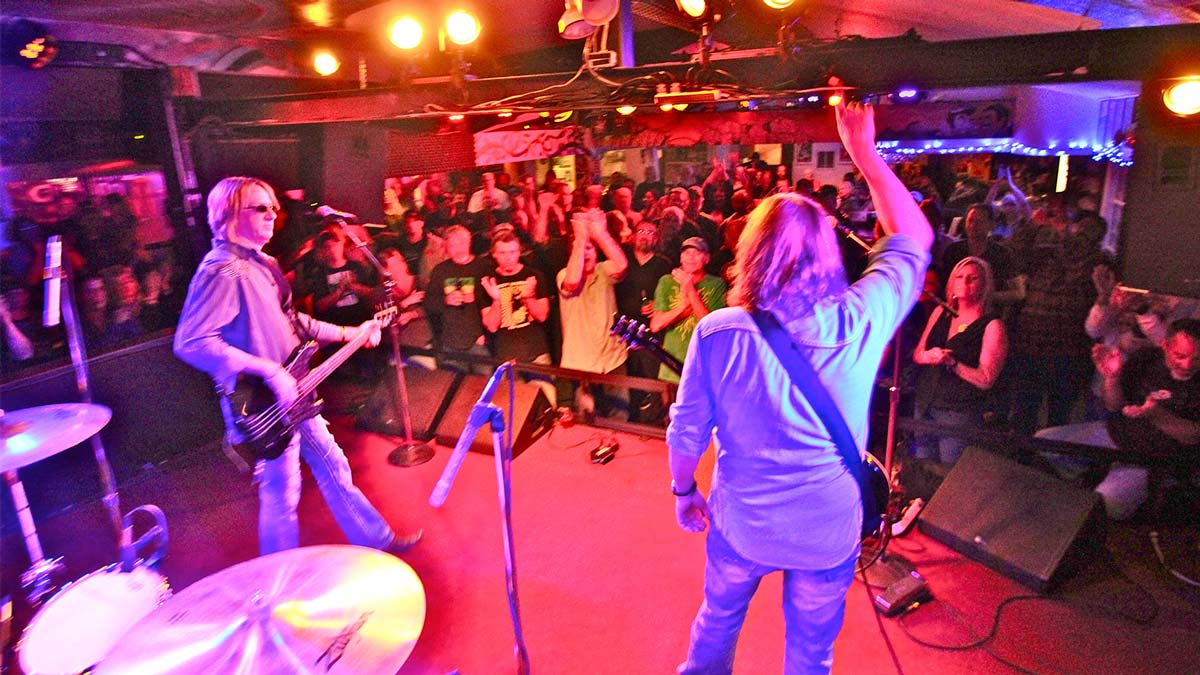 
1. Discretion Brewing brews their beer with 100 percent organic ingredients.
2. They are partnered with the Kitchen, an in-house restaurant headed by Chef Santos Majano (previously of Soif) that serves up creative reinventions of traditional pub fare, all made with seasonal, locally sourced ingredients.
3. Since opening three years ago, their brews have been awarded 18 medals in national craft beer competitions, including seven golds.
4. Discretion is the first solar-powered brewery in Santa Cruz County. Their installation supplants 70 percent of the brewery’s electrical needs with clean, non-polluting energy.
5. Every Monday is “Love Monday” at Discretion, with 20 percent of beer sales going to a local nonprofit. LS


1. This year marks the 25th anniversary of Moe’s Alley.
2. The venue has a brand new Meyer sound system and new LED lighting.
3. Moe’s Alley hosts more than 250 shows per year.
4. The styles presented at Moe’s range from blues to rock to funk to bluegrass to reggae, and much more.
5. Moe’s has welcomed numerous actor-musicians to the stage, including Kiefer Sutherland and John C. Reilly. CJ


1. With at least a dozen Best Local Band awards over the years, Extra Large may well be the winningest band in Good Times history.
2. Extra Large is focused on expanding its reach beyond Santa Cruz. This summer they’re playing a number of festivals and concert series around the Bay Area and beyond.
3. Twice a year, Extra Large tours in Mexico where they have a growing base of enthusiastic fans.
4. Most of the lyrics to Extra Large songs are very positive and happy. “We exude a zest for life,” says percussionist and vocalist Valerie Leal.
5. The band has three albums’ worth of original material, but when performing, they play plenty of cover songs, as well. CJ


1. El Palomar changes up its drink menu every few months, and its drink specials change weekly.
2. Its twists on the classic margarita (fresh lime, agave nectar, tequila) include mango, strawberry, pomegranate, pineapple, cucumber jalapeno, guava, and others. They also offer versions with mezcal instead of tequila, and others with their homemade hibiscus syrup.
3. Cantina happy hour is from 3-6 p.m. on Monday through Friday, and the taco bar happy hour runs from 5-9 p.m. Monday through Thursday.
4. The El Palomar building was built as a hotel and completed in 1933. After the 1989 Loma Prieta earthquake, it was supposed to be demolished, but was retrofitted instead. During that time the El Palomar restaurant was displaced for four years.
5. One tequila, two tequila, three tequila … floor. AMH