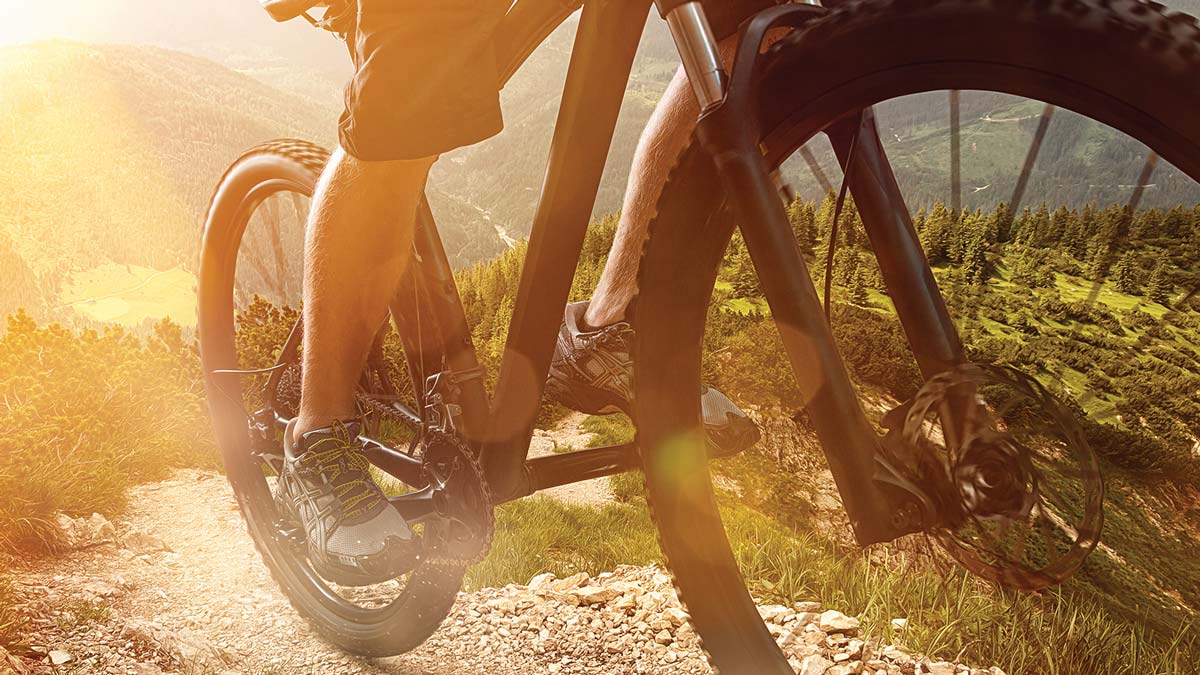 
1 Epicenter lets customers test-ride bikes as they look for the right fit.
2 The shop also offers professional fitting and unlimited lifetime tune-ups. “We’re the only shop in the immediate area that does that, and the reason we do is that we don’t want the bike to sit in that garage and be sad,” says Candice Covello, marketing director for Epicenter.
3 Shawn Wilson, the owner, grew up riding in Nisene Marks doing dirt jumps with Cam McCaul and others who have gone on to be famous.
4 Epicenter helped build the since-demolished pump track in Aptos, where Aptos Village will soon be. Wilson hopes to rebuild it soon in a new location.
5 If you google “cutest bike shop Santa Cruz,” Epicenter is the top result. Covello suggests it’s because there are house dogs and one house cat who sometimes hang out around the shop. JP


1 Owners Christophe and Cecile Bellito proudly offer five facilities for the enrichment of life through better fitness.
2 Founded in downtown Santa Cruz in 1996, the first club was named Frog Fitness after a French tradition, and later changed to Toadal Fitness.
3 All five clubs—in downtown Santa Cruz, Westside, Scotts Valley, Live Oak, and Aptos (where it is called Cabrillo Fitness)—offer the Silver Sneakers program for seniors, as well as Zumba classes.
4 Cabrillo Fitness was opened in 1978 by a group of racquetball enthusiasts. To offer a more complete exercise program, the owner joined forces with Toadal Fitness.
5 New to Toadal Fitness members is a free screening offer from Precision Physical Therapy, which seeks to improve performance with movement-based evaluations and treatment techniques. JS

1 Opened in 1980, Sanford’s Martial Arts teaches traditional Japanese martial arts to students from age 4 and beyond.
2 Sean Sanford, now head instructor, joined his dad Ron at the studio at age 4.
3 With kids, emphasis is placed on character development, respect, self-discipline, and confidence.
4 Adults gain knowledge of  balance and coordination, awareness skills and ways to relieve stress.
5 Three one-week summer camps in June, July and August are themed “Ninja,” “Samurai” and “Train like a Black Belt.” JS


1 The first Bill’s Wheels location was on East Lake Avenue in Watsonville in 1977. The rent was $125 a month.
2 When Bill’s Wheels was in Watsonville, owner Bill Ackerman got so much business from Salinas that he decided to open up a second location there in the 1980s. He moved twice before closing his Salinas shop in 2013, after 26 years.
3 Bill’s Wheels used to have events in its Watsonville parking lot called Skate Jams, which sometimes drew up to 400 kids. They would set up ramps and have bands perform on the back of a flatbed truck. The store has events these days at its Soquel Avenue shop, on a smaller scale.
4 Ackerman, now 58, was an established local skater in the ’70s, and he got into skating drained swimming pools “when that became a thing,” he says. Ackerman’s skills shone on the high jump, where a skater rides up to a high jump bar, leaps off their board and lands back on it on the other side.
5 Ackerman has the walls outside his business dedicated to a rotating list of graffiti artists. “That’s another thing we’ve stood behind for years, is getting behind the artistic side of graffiti,” Ackerman says. JP