.After His Cancer Diagnosis, Jory Post Wrote Another Novel 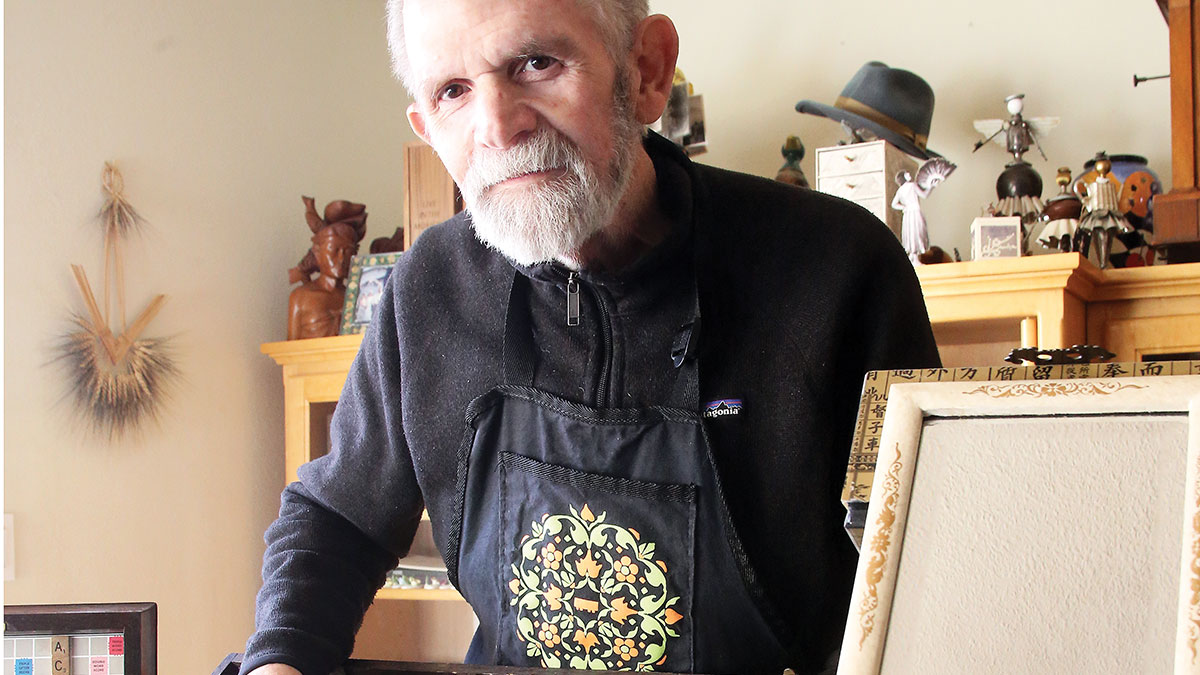 If I were writing bookjacket blurbs for Jory Post’s new Pious Rebel, I might have come up with this: “A masterclass in ricochet dialogue, breakneck revelations, and the twining of multiple lives into a Celtic knot of chaos. His characters are beset with the miracles of daily life—readers will find themselves on every page.”

Or this: “Hard to believe the author isn’t female, so pitch perfect is Post’s inner voicing of Lisa Hardrock, the freshly bereaved yet freshly alive hero of her own life.”

Jory Post writes dialogue so authentic it hurts—probably all those years he’s spent writing plays and paying attention to the conversations of everybody and nobody in particular unfolding around him for the past half century. Two years ago, he received a chilling diagnosis of pancreatic cancer. His response was to turn up the creative volume, and Post’s virtuosity is on full display in his new novel Pious Rebel, freshly published by Paper Angel Press.

I freely confess I couldn’t put this book down, so swift was its ride through six weeks in the life of Hardrock as she picks up the pieces after the death of her longtime boyfriend. In the process, Hardrock discovers how little she knew about this guy. Santa Cruz is another protagonist in Post’s neo-hippie odyssey, in which Hardrock has plenty of colorful help divvying up the late Gregory’s pot farm business.

Dickensian in scale, Post’s ambitious characters pop in and out of Hardrock’s coming of middle age, including an office mate who helps her launch a wildly successful blog; old friends of Gregory’s who both charms and perplexes; and a lifelong girlfriend who suddenly reenters Hardrock’s life, a wild woman who may or may not be reliable. In the midst of things, our protagonist discovers hidden manuscripts by her own mother—which becomes a book within a book—that Lisa reads and blogs about, and which reveal a few shocking facts about her own identity. It’s a remarkable sit-com with existentialist top notes.

What distinguishes Post’s bildungsroman from so many quest-for-identity confessionals is his polished ear for the everyday, the off-hand expression, the epiphany of the well-placed expletive. His eye is even better, and Pious Rebel treats the reader to an all-you-can-eat walking tour of beloved eateries, coffee shops, cafes, and upmarket restaurants within hailing distance of where you’re sitting right now. Hardrock uses food as avoidance behavior, memory retrieval, and even sustenance during the few weeks covered by this delicious read.

For more than 10 years, Post has endeared himself to the Santa Cruz writing and reading communities by championing the written word in his online literary quarterly phren-Z, and via Santa Cruz Writes’ Zoom readings and discussions. What is astonishing in all of this prolific work—which includes two recent books of prose poems—is the daunting context in which it arose. When he spoke to me about his new novel, Post said his sobering diagnosis gave every day an almost surreal depth and importance.

What was the beginning of ‘Pious Rebel’?

JORY POST: I started sitting in my office with no idea what I wanted to write, what I needed, or wanted. I didn’t want to write about cancer or chemo. So I didn’t. I allowed Lisa to come alive through her own needs, through her losses and what she had been missing for most of her life.

How did you arrive at the voice?

As far as writing from the female perspective, I find I usually prefer it. If I’m going to create someone from scratch, better to get as far away from one’s self as possible. I am definitely a lifetime eavesdropper. It’s a favorite activity of mine, to sit in a booth at El Palomar and listen to neighbors talk. And I will bring everything that happens in a day into my writing immediately. So in that sense, those characters are clearly built from scraps I gather throughout the day, and even the night.

Did you build your characters on people you know, and then let them speak?

Lisa Hardrock just flew in one day and overtook me. Cody began with some traits of someone I knew, but by the end that had all disappeared and she was 100% newly carved. None of the men in the story were built on people I know—in some cases, maybe people I wanted to be, like Zack. He’s one of my favorite characters, and I’d like to know more about salmon!

What inspired you to blend fiction with autobiography?

I believe every word I’ve ever written, and also those of every other writer, falls into the category of fictography. My fictography hops over fences, busts through autobiography, autofiction, fiction, memoir, personal narrative, all of it. In Pious Rebel, the characters are almost wholly fictional. What happens to them in their daily and ongoing lives is when reality steps in and takes over.