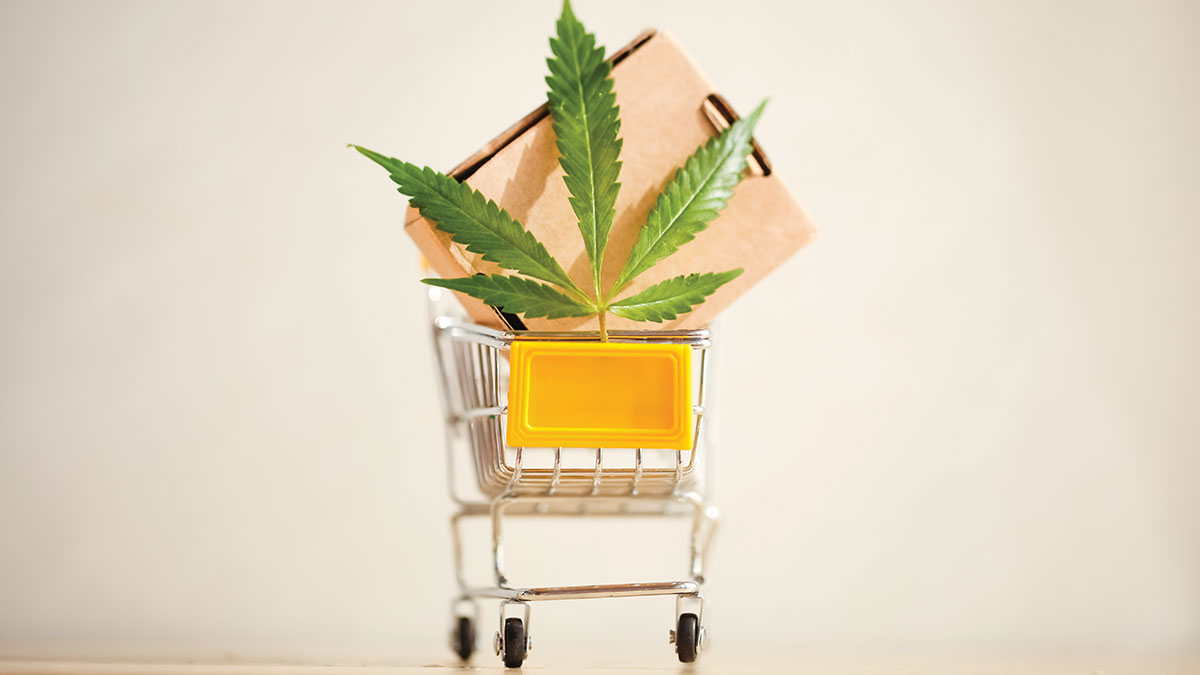 In January, Santa Cruz cannabis company TreeHouse decided it was time to branch out beyond brick-and-mortar sales. Though experienced budtenders, high-end product displays and technicolor art are nice for first-timers, the dispensary was ready to wade into delivery service.

“It started out slow,” says TreeHouse Director of Marketing Jessica Grace. “More and more people are trying it.”

But Grace says the team at TreeHouse also noticed something strange as they got the delivery service off the ground. Though the company is legal and licensed to operate in Santa Cruz County, it wasn’t always easy to find listings for its delivery service on popular online platforms like Weedmaps. Instead, most of the competition appeared to come from unfamiliar sellers.

The potential for confusion, plus anxiety about undercutting prices at licensed dispensaries, were among the reasons that local officials say Santa Cruz County has joined a lawsuit with two dozen other local governments asking the court system to suspend state cannabis delivery rules.

The April 4 legal complaint argues that the state’s more lenient delivery permitting is “in direct conflict” with policies adopted after approval of 2016 legalization ballot measure Prop 64, which “guarantee the right of local jurisdictions to regulate or prohibit commercial cannabis operations within their boundaries.”

Santa Cruz County spokesperson Jason Hoppin tells GT that the county was concerned about the state prioritizing tax revenue from cannabis delivery over local governments’ say in what happens in their own jurisdictions. It’s an argument for “local control” that also frequently causes conflict in state-vs.-local debates about building new housing and other land use policies. The state agency named in the delivery compliant, the Bureau of Cannabis Control, declined to comment on the ongoing legal case.

“We don’t know who would be operating in our county,” Hoppin says. “Our entire system is based on playing by the rules.”

Still, Hoppin acknowledges that Santa Cruz County stands out from the other plaintiffs in the case—like the cities of Beverly Hills and Tracy—which are mostly cannabis prohibition zones.

“That’s probably why we ended up as the lead plaintiff,” he says. “Clearly there’s not an issue with access to cannabis in Santa Cruz.”

Shoppers who want to buy their bud in person have 12 legal local dispensaries to choose from. Those in the market for delivery, however, can select from a wider range of sellers that often advertise lower prices than dispensaries, thanks to a combination of laissez-faire online listing services and opportunistic, hard-to-trace businesses.

As of April 15, Weedmaps listed 14 delivery services operating in the Santa Cruz area, only two of which, TreeHouse and Felton’s Curbstone Exchange, appeared to be licensed by the county.

“You have companies that look like they’re local, but they’re really not,” says Santa Cruz County Supervisor Ryan Coonerty, who supported the county’s legal challenge to state delivery rules.

Take 831 Delivery, a cannabis company offering one-to-two-hour delivery of lemon glue pre-rolls, green dragon pain spray and CBD dog bites, among other products, from a base near the UCSC campus, according to a listing on Weedmaps. Click through to the company’s website and things get more complicated. All inquiries are directed to Oakland cannabis startup Lyfted, and the site boasts “the largest delivery menu in California” available to customers from Richmond to Menlo Park.

In addition to the fact that licensed dispensaries pay tens of thousands of dollars for annual permitting, product testing and other legal requirements, Grace says Weedmaps has also seized on confusion around delivery rules to start charging existing dispensaries like TreeHouse new marketing fees. Instead of clear rankings based on who’s licensed or has the most reviews, she says rankings sometimes appear to be manipulated based on who pays more.

While customers may “think there’s some kind of policing that happens behind the scenes,” Grace says, “in this case, it’s still kind of the Wild West.”

Weedmaps, an 11-year-old company based in Irvine, did not answer questions about advertising fees or how rankings on its site are determined. Similar to online companies like Facebook that plead ignorance when contraband is sold on their platforms, Weedmaps says it, “does not endorse, approve, certify, or control third-party content” on its website.

As dispensaries contend with a murky competitive landscape, regulators also continue to evolve rules for advertising, packaging and other requirements. With the state lawsuit pending, it will be up to a judge to decide what happens next with delivery—not that the time in limbo is anything new for an industry still emerging from the underground.

“Everything in cannabis is a wait and see,” Grace says.