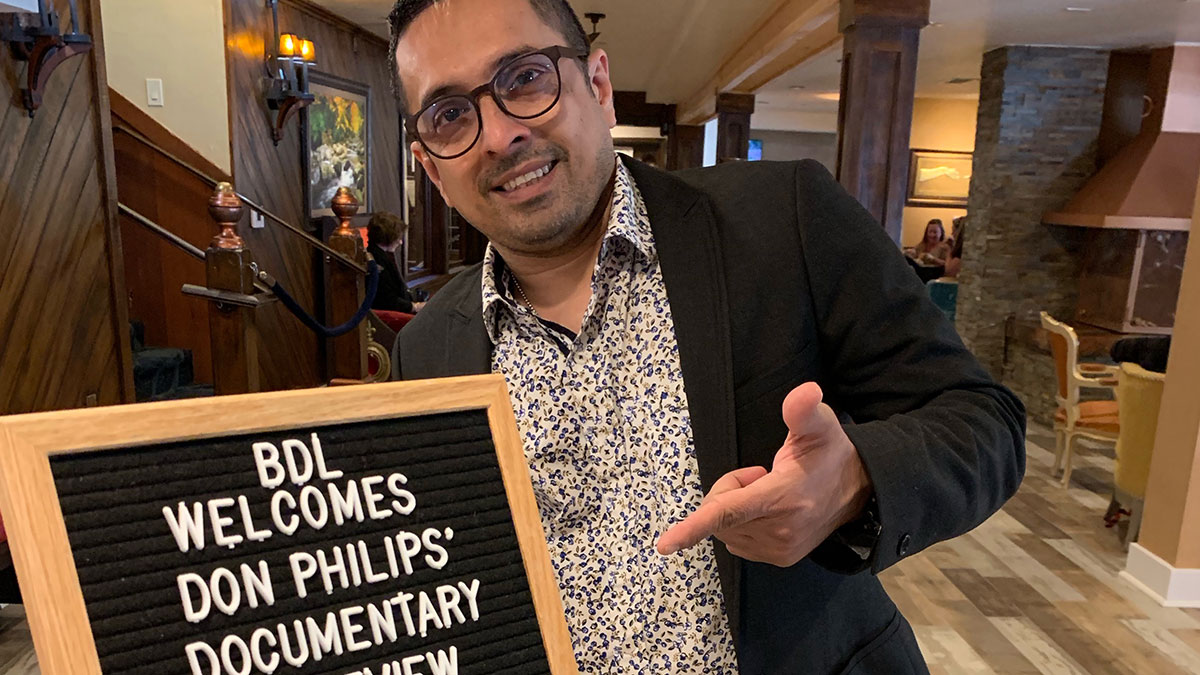 Brookdale Lodge, the Santa Cruz Mountains hotel famous for its dead, is showing a lot of life these days.

“It was neat shooting the episode with Don at the lodge. He’s really well known over in the U.K. and is uniquely gifted, to say the least,” says Santa Cruz Ghost Hunters co-founder Maryanne Porter. “It’s an opportunity to make the Brookdale Lodge world-famous again.”

During its Swing Era heyday, the Brookdale Lodge enjoyed a national reputation as a glamorous redwood retreat, and served as a secluded weekend getaway for mobsters and the Hollywood elite.

For years, the well-heeled, famous and connected dined in the Brookroom, a stately and surreal restaurant cleaved by the rushing Clear Creek. They watched swimmers cavort in a pool from the underground confines of the voyeuristic Mermaid Room. Some even disappeared down secret tunnels that connect the lodge to off-site cabins.

Like the villian in a horror movie, the Brookdale Lodge refuses to die. Over the decades, the hotel has been bought and sold multiple times, burned down twice, and renovated again and again.

If only these walls could talk, right? According to hundreds of witnesses, they do. Over the decades, the Brookdale Lodge has acquired a reputation for the unexplained: shadowy figures, doors opening and closing, flushing toilets, dripping water, footsteps, ghostly big band music, and a veritable Greek chorus of disembodied voices.

Throughout the disorienting show, which is filmed in the familiar jittery-handheld-cam-and-flashlight format, Philips captures snatches of sound on a digital audio recorder and plays it back to ostensibly reveal phrases spoken by spirits. The best that can be said of this evidence is that the words are slightly more decipherable than the host’s own garbled discourse.

“This place is absolutely unique. We got pretty strong evidence everywhere in the lodge. It’s pretty compelling,” Philips concludes.

While Philips and his show are neither unique nor compelling, they do nothing to diminish the very real, very fascinating past, present and future of the Brookdale Lodge.

Buffy Johnson is one of those drawn to the legend. When she and her husband Vinny celebrated their wedding reception in the Mermaid Room in 2004, guests conducted a memorable, after-hours ghost hunt.

“It’s such a cool, funky place. We’re really glad to see it returning to its former glory,” says Johnson, 46, of Aptos. “It went through an unfortunate southwestern day spa period there for a few years.”

Credit for the latest transformation goes to Pravin Patel. After Patel and his wife Naina toured Brookdale Lodge with a real estate agent in 2014, his wife told him the project was too big. The hotel was a mess. It would take too much renovation and years from their life. Patel decided to buy it anyway.

When the time came to tell his wife they owned the 130-year-old lodge, the couple happened to be sitting in front of a television broadcasting a Ghost Hunters of Santa Cruz commercial for tours of the “haunted” Brookdale Lodge. Patel’s wife was agog.

“You mean it’s haunted, too?” she asked.

Since then, Patel has invested more than $8 million in the Brookdale Lodge. He expects the complete renovation to ultimately total $11-16 million. It shows. The 49 rooms are spacious and well-appointed. The lobby is sleek and elegant. The lodge’s facade sports a giant, new mural of actor James Dean. And, on Sunday, the lodge’s indoor-outdoor bar was bustling.

As it turns out, ghosts are good for business.

“People have suggested we bring in an exorcist or something and try to clear out the energy. The way I see it, whatever it is, it was here long before us,” says Patel. “We can coexist.”

Next ArticleAre Cannabis-Related Hospital Visits on the Rise?