.Are Cannabis-Related Hospital Visits on the Rise? 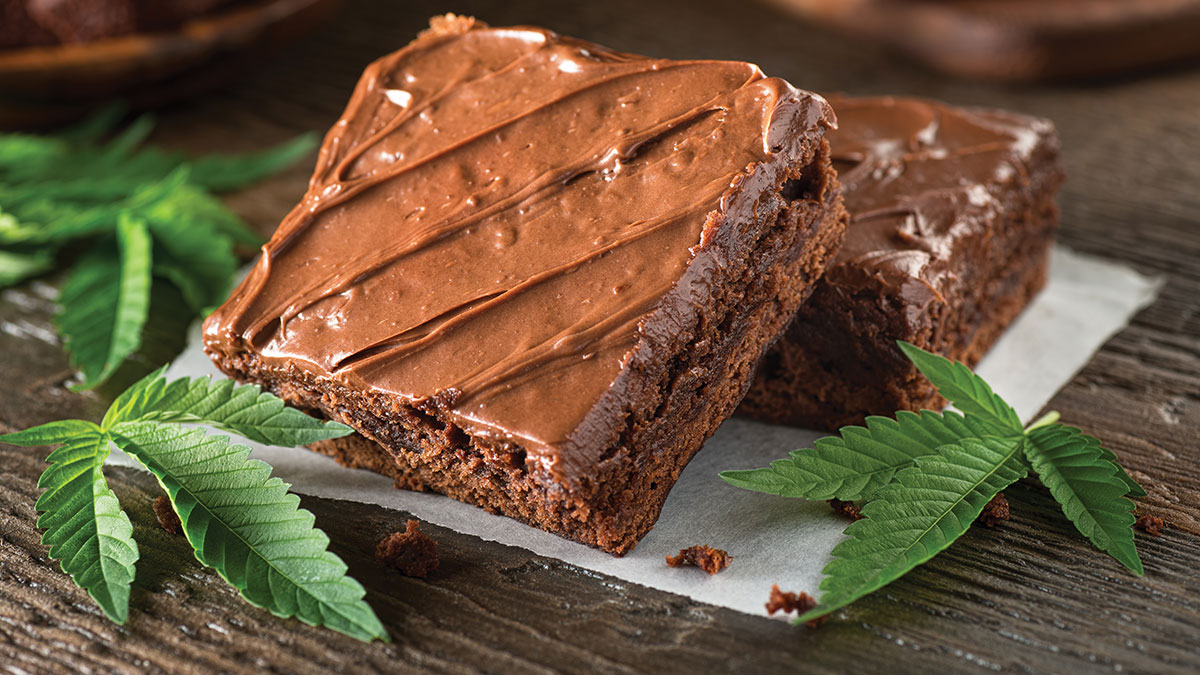 Since California voters legalized cannabis more than two years ago, nonviolent criminals have had their records cleared of minor violations, and governments have seen slight boosts in revenue.

Hospitals may be seeing a different kind of boost.

Greg Whitley, chief medical officer at Dominican Hospital in Santa Cruz, says he’s seen visits for cannabis-related symptoms in his facility trend upward over the past couple of years.

The increase hasn’t been a large one, given that cannabis use was already high in Santa Cruz County. Any shifts in hospital trends are also hardly unique to the Central Coast. A recent study in Colorado found that cannabis legalization there a few years earlier led to an increase in hospital visits, much of it driven by patients taking edibles.

In Santa Cruz, the symptoms that users most often come in with, Whitley says, can be broken down into four categories.

The first is severe anxiety—to the point where patients experience shortness of breath or feel like they’re going to die. Another symptom is vomiting. Whitley considers these responses “paradoxical adverse reactions,” since many users take cannabis in order to quell anxiety or nausea. A third cannabis-related symptom, which the hospital doesn’t see as often, is an exacerbation of asthma or emphysema.

The final category is where Whitley has noticed the biggest increase as of late, and that’s from users who end up getting way too high, often from ingesting edibles. “Those people can come in with symptoms of just basically feeling really, really stoned—off-balance, difficulty walking, dizziness. Sometimes people are lethargic,” says Whitley, a doctor who’s worked at Dominican since 2001 and served as the emergency room’s medical director until taking his new position April 1. “Sometimes people look like they’re having a stroke because they’ve had basically an overdose of THC.”

Many dispensaries promote a “low-and-slow” campaign for cannabis usage, particularly when it comes to taking edibles. If someone’s never tried a certain edible before, they might consider starting with a small dose—maybe about 5 milligrams of THC—and then waiting an hour before taking any more.

In the two years since legalization, Whitley has noticed anecdotally that the number of patients coming in with acute cannabis-related symptoms has skewed older. A decent-sized chunk of the patients have included fathers and grandfathers who’ve gotten into a family member’s pot brownies without realizing there might be any special ingredients, he says.

Even baby boomers familiar with cannabis may have issues. If it’s their first time trying cannabis in many years, they might be surprised by how much more potent the drug has grown in the intervening decades.

Santa Cruz cannabis attorney Ben Rice says the difference between cannabis from 30 years ago and herb these days is analogous to the difference between beer and hard liquor. In many cases, Rice argues, higher-THC chronic is not necessarily a bad thing, given that users don’t need as much of it to get high, and therefore end up putting less smoke in their lungs.

Over the years, Rice has represented everyone from industrial-sized cannabis farmers to a guy who had a 2-pound joint confiscated by UC Santa Cruz cops at a 4/20 celebration six years ago.

Rice is generally cheery on most things cannabis. He sends out frequent email blasts in which he debunks bad anti-cannabis science and weighs in on regulatory hurdles getting in the way of mom-and-pop operations. Nonetheless, the lawyer acknowledges that the increasing prevalence of the drug in a legalized market can have unintended consequences, particularly when users aren’t familiar with proper doses.

“It’s hard to dispute that those are problems,” he says.

Rice says he’s personally never had an edible make him sick, although he did once miss a flight.

“It’s usually people who don’t know what the heck they’re doing,” he adds “It’s people who think, ‘I ate that brownie a half-hour ago. I don’t feel a thing. It’s really tasty. I’ll eat another one. Ten minutes later, they’re on the floor and really ill.”

Dr. Whitley has never used weed himself, but he’s seen it help those with chronic conditions, and he says the drug doesn’t seem to create any deleterious long-term effects.

Whitley says it would be wise, though, for cannabis users to come to the ER if they feel they are in crisis. Doctors can treat patients who are suffering from severe vomiting or dealing with debilitating anxiety.

Additionally, Whitley adds that anyone suffering from frightening symptoms that may not be cannabis-related should also go to the hospital.

“If you’re not sure and you’re getting chest pain or shortness of breath, those are things we should see you for, because marijuana is one thing that can cause those, but heart attacks and pneumonia can also give you chest pains and shortness of breath,” he says. “If you’re sure it’s from the marijuana, it’s probably just going to wear off. If you’re not sure, we probably should check it out.”

When a user does end up in the hospital for gulping down a giant pot brownie, they should not expect a quick trip in and out of the emergency room.

Next ArticleWhat We Don’t Know About CBD—and Why