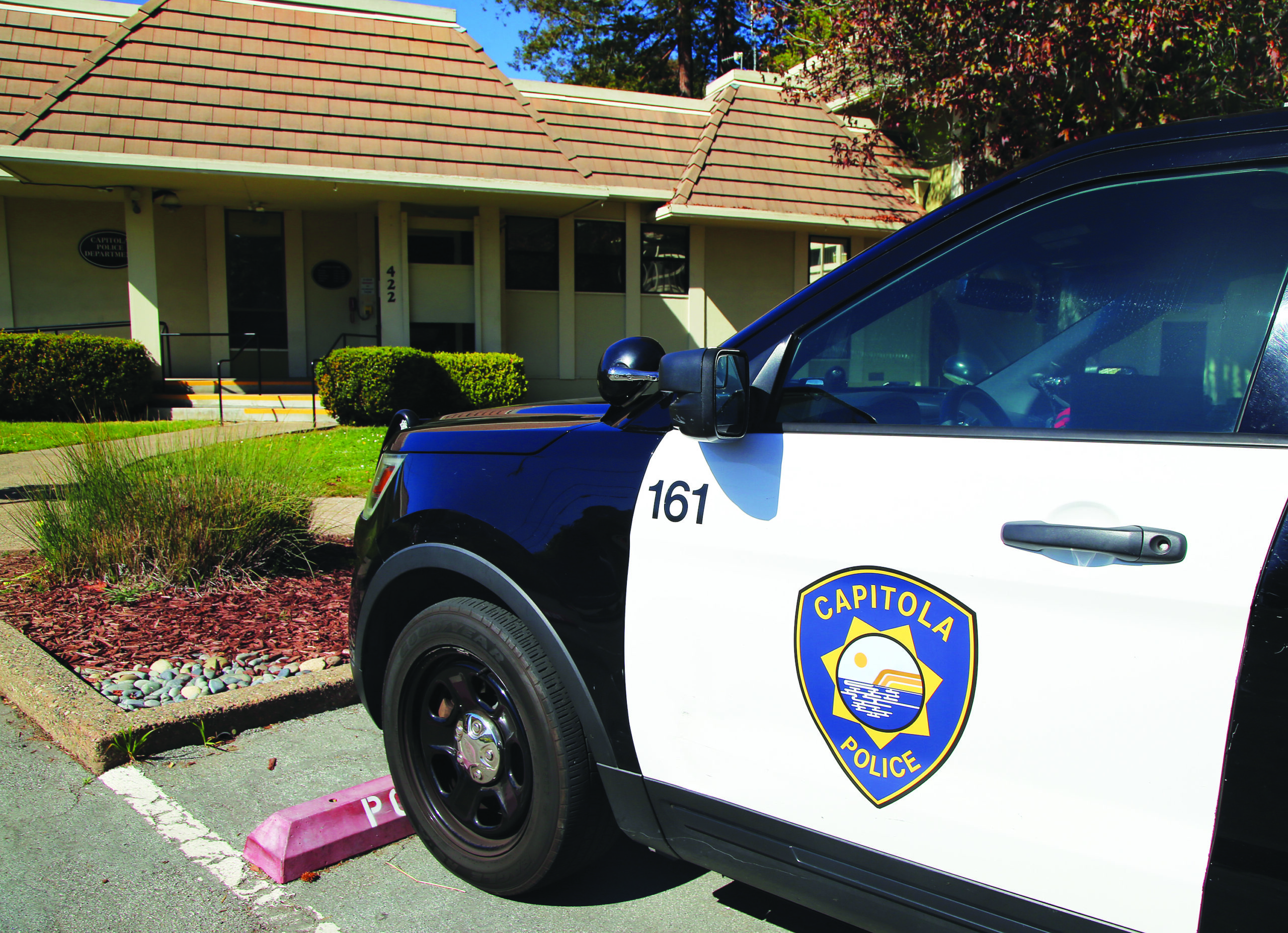 The Capitola City Council at its latest meeting unanimously decided against flying a “Thin Blue Line Flag” during National Police Week, May 15-21.

The flag, which is typically a black-and-white representation of a United States flag with a horizontal blue line running through its center, was originally used to pay tribute to police officers killed in the line of duty. The thin blue line is meant to represent law enforcement standing between chaos and order.

But since it was created eight years ago, several extremist groups have hijacked the flag and given it new meaning. It was flown prominently at the Capitol insurrection on Jan. 6, 2021, and has become a symbol of opposition to the Black Lives Matter movement. It also has a strong association with white supremacy. Because of the flag’s controversial ties, Capitola staff recommended against flying it at City Hall.

T.J. Welch submitted a formal request to fly the flag under the city’s policy that welcomes public requests advocating for specialized flags at City Hall. The council was set to hear the request at its March 10 meeting, but Welch asked to postpone the hearing so that the Capitola Public Safety and Community Services Foundation could weigh in. Six of 11 group members voted to oppose flying the flag, highlighting its complicated meaning.

In a letter to the council, Welch wrote that now more than ever, law enforcement needs public support.

“We are in unprecedented times regarding the unprovoked killing of police officers killed in the line of duty,” the letter reads.

According to statistics reported to the FBI, 59 officers were killed in the line of duty from Jan. 1, 2021, to Sept. 30, 2021—a 51% increase when compared to the same period the previous year. Law enforcement killings hit close to home in 2020 with the murder of Santa Cruz County Sheriff’s Sgt. Damon Gutzwiller. He was gunned down by a suspected member of a loosely knit group of heavily armed, violent extremists who say they are opposed to government tyranny and police oppression, and have also advocated for race war.

Civilian deaths in officer-involved shootings have also drastically increased in that time. Police shot and killed 1,055 people in the U.S. in 2021, a record number that police reform activists say is unacceptable.

Thairie Ritchie, a local community organizer and Black Lives Matter activist, called into the council meeting on March 24, and also spoke with GT. He says in light of the fact that people of color are disproportionately targeted by police across the country, and the recent defacing of the Santa Cruz Black Lives Matter mural, he thinks it is important to consider how minorities would perceive a flag with such divisive ties.

“As a Black resident living in Capitola, I believe we should have been mindful of the effects of how our pro-police attitudes affect [Black, Indigenous and people of color] residents,” says Ritchie. “Especially given that a lot of [minorities] are simply afraid of Capitola Police.”

Ritchie said many people of color he knows steer clear of Capitola due to its hyper policing and accounts of hostile interactions with law enforcement. Ritchie says he himself was profiled by Capitola Police, who suspected him as they looked for a light-skinned Hispanic man who had burglarized a car wash.

“I don’t have an issue personally with officers who are doing good deeds,” says Ritchie. “But I think that that symbolism over time has, unfortunately, been mixed up in more of a pro-white supremacist ideology. And I believe police have always been more supported in this county versus other movements like Black Lives Matter.”

During the council meeting, Capitola Police Chief Andrew Dally, who was appointed to the position last year, thanked the applicant for the recognition of local law enforcement, but said he ultimately did not support flying the flag.

“There are some in the community that find this flag offensive and divisive,” said Dally. “As your Chief of Police, I want to be inclusive of everyone’s concerns. This proposal could be counterproductive to my goal of ensuring that everyone in the community feels protected and valued.”

Dr. Ginger Charles, a retired police sergeant who is the chair of the Criminal Justice program at Cabrillo College, where she teaches prospective police officers, tells GT she was pleasantly surprised by Capitola’s decision, and even more impressed with Chief Dally’s stance. She says that as a police officer, it is crucial to be conscious of what messages you are sending to the community you serve—especially to people of color.

“If I’m serving a community, I have to take a look at everything that I do, and what that perception is to people of color,” says Charles. “This is a huge change for policing. We’re coming into a time where we police differently, and there’s like that last stronghold that may not want to change or are afraid of changing. But clear statements like (what Chief Dally said) are absolutely beautiful.”