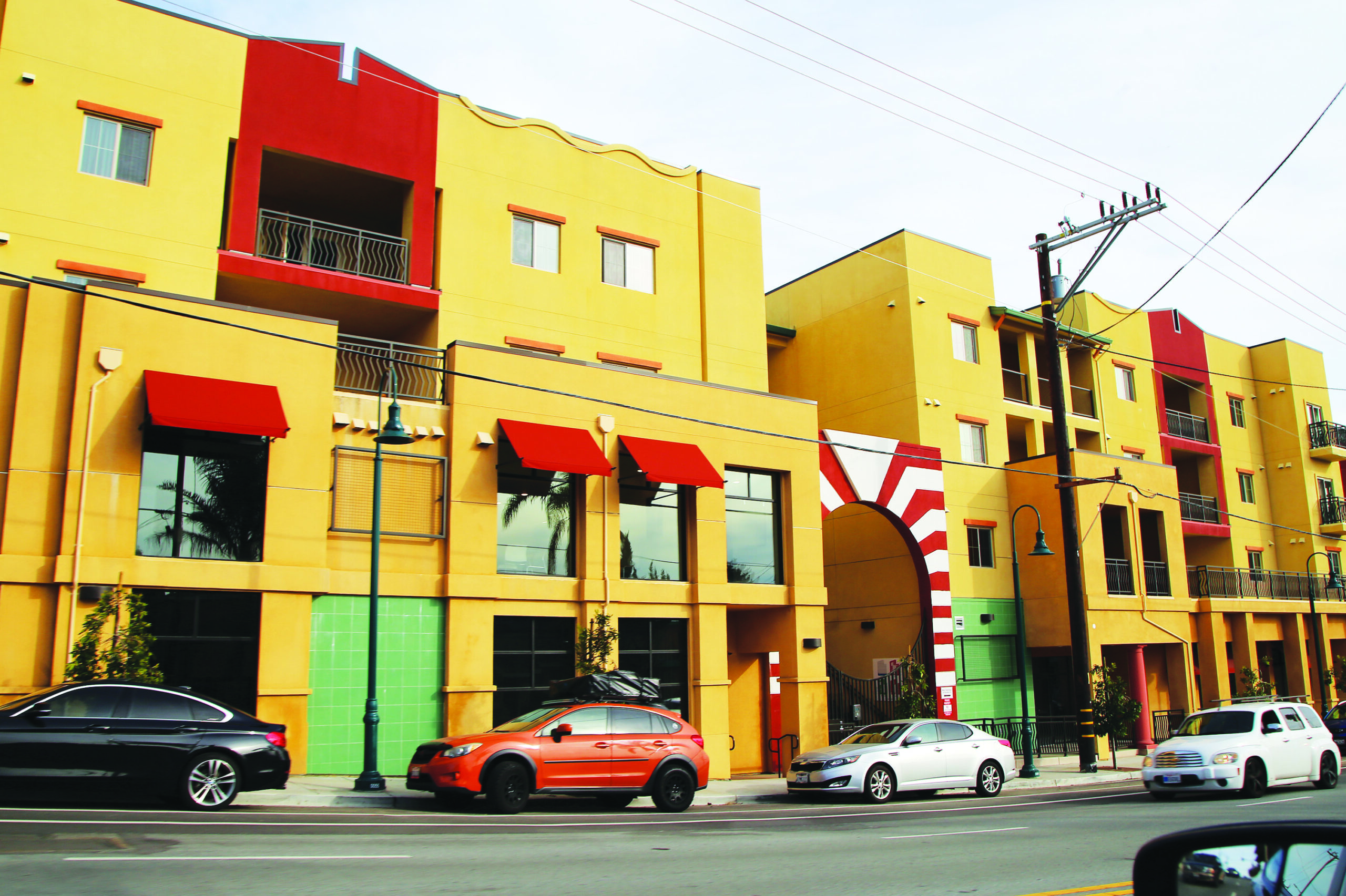 Lourdes Rios has waited for her $3,000 in rent relief to come for more than a year.

The state’s Covid-19 rent relief program Housing is Key promised her the money, which would pay her landlord for the pandemic rental debt that Rios has accumulated.

But now, a year into waiting for it to come through, Rios and her family of three are faced with the consequences of rental debt, despite being in line to have it cleared.

On March 9, three weeks before the state program ceases to accept new applications, and all tenant-related eviction protections are set to end, Rios received a Pay or Quit notice from her landlord.

“I know my rights,” Rios says through an interpreter. Rios is a leader at Communities Organized for Relational Power in Action (COPA), a faith-based nonprofit where she educates renters like herself, who have lost their jobs due to the pandemic and are unable to keep up with their monthly payments. “But it’s nerve-racking. Especially now that I have this eviction notice, and with protections ending April 1.”

When we speak over the phone, Rios is nannying—she had just put the child she cares for down for a nap—but this is the first job she has been able to get since the pandemic began. Rios is a housekeeper, and even as local Covid-19 restrictions continue to relax, none of her usual clients have taken up her offer to come back to work.

Because Rios and her husband both worked jobs that required being on site and in person, they were out of work for multiple months when the pandemic hit. They were able to pay rent with their savings for a few months, and when that ran out, her son’s best friend’s parents lent them money. It was embarrassing for Rios to accept that money—“I felt like a beggar,” she says —but at the same time, she knew there was no other option. Rios and her husband were already sacrificing essential goods like food and school supplies to cover the rent.

So last April, when Rios was approved for rent relief, she was hopeful that the money would keep her family housed.

That was nearly a year ago.

Now, Rios is part of one of the estimated 214,000 households that are still waiting on the rent relief they were approved for. As the end of the month quickly approaches, state legislators are rushing to pass eviction protections that will extend past April 1.

Without additional protections, local nonprofits fear cities will see an eviction tsunami, compounding the homelessness crisis both locally and across the state.

So what will happen? GT spoke with a local attorney, nonprofits and the state to see what will—and won’t —change come April 1.

Even though the statewide eviction moratorium expired at the end of September, California’s rental assistance program provided some of its own protections—and a new bill introduced last week aims to preserve some of these defenses.

On March 24, two lawmakers—Assemblymembers Tim Grayson and Buffy Wicks—introduced a bill that would extend eviction protections for people with pending applications through the end of June. Assembly Bill 2179 was approved in the Assembly on Monday. It must be signed by Gov. Gavin Newsom before the March 31 deadline to buy qualifying tenants another three months of protection.

If it is not approved, renters with applications that are still pending or under review will no longer be able to legally use the program’s protections as a defense in court, says Sasha Morgan, Santa Cruz Superior Court’s director of non-criminal operations. That would allow landlords to not only serve an eviction notice for nonpayment of rent, but also to sue that individual in small claims courts for the money they are owed.

The bill has faced criticism from tenant advocates and representatives from Los Angeles, Fresno and San Francisco counties who fought hard to enact their own local moratoriums on evictions for nonpayment of rent. AB2179 would pause most local eviction protections until July 1.

Still, that number doesn’t capture the people who have been served an eviction notice and moved out of their house voluntarily, tenant advocates say.

Most landlords, however, want to keep their tenants in place, says Victor Gomez, the director of Santa Cruz County Association of Realtors.

“Vacancy is not good,” says Gomez. “Landlords in general want to retain existing tenants. If there’s an opportunity for mediation or an opportunity to work with one another, even outside of mediation, to resolve their tenancy issues.”

Still, he says, landlords have their mortgages to consider. He knows many landlords who have been waiting for months, some close to a year, for the state to pay them the back rent their tenants owe, and many are growing skeptical that the money will come at all.

“I’m hearing people wonder when and if this money is even coming,” says Gomez. “People are saying, ‘Where the heck is the government now?’”

The state’s program dashboard shows that it has received 3,407 complete applications from residents across Santa Cruz County, and has issued money to a little less than half of those applicants (1,465). The average time that an applicant receives money is about four months after the application is submitted, according to a report by the National Equity Atlas—but local nonprofit leaders tell GT that they think the waiting period is closer to six months.

Geoffrey Ross, the deputy director of the California Department of Housing and Community Development, says that the reason some people are experiencing longer wait times might be partly due to the process by which the state was prioritizing applications. It has been prioritizing low-income applicants and those that it classifies at highest risk of eviction. Ross says that, originally, the State Treasurer’s Office restricted its funding to the program according to this prioritization.

“Part of the reason it has been slow is because of just having to deal with the timing of resources, the prioritizations that resulted with that,” Ross says.

According to the U.S. Department of Housing and Development’s definition of low-income for Santa Cruz residents, Rios and her family qualify. But she says when she reached out to Housing is Key representatives to check the status of her application, they told her she wasn’t a priority.

“They told me to stop calling, I’m not a priority,” says Rios. “I’m even embarrassed to try to call and find out what the status on my application is.”

Ross says that since the state passed Senate Bill 115 in February, the program has been able to expand its resources and change its prioritization. This bill also ensures that everyone who applies and is approved is guaranteed to receive funding. According to Ross, the earliest applicants like Rios will be able to receive their funding in the next month.

“We are now in a different place because of the state’s intervention (with SB 115),” Ross says. “We are moving as quickly as we can to make payments.”

Still, he acknowledges that the program will likely be processing applications into late fall.

The county and local cities declined to extend local eviction protections, but did shell out funds for local programming and legal services.

Santa Cruz City Council raised the question of whether or not to pursue a local eviction moratorium at its latest meeting. But according to the city’s attorney, an eviction moratorium has to be handed down at the state level rather than be implemented at the local level. At the county level, Housing for Health Director Robert Ratner also noted that state law has limited local governments’ ability to enact new renter protections.

Certain requests that local nonprofits were calling for were also left out of the recent city and county meetings—things like changing the eviction notice from three to 15 days, or requiring mediation between landlords and tenants before moving to eviction. These are the things that could make a huge difference for tenants, says Ray Cancino—even more so than money. Cancino is the CEO of Community Bridges, a nonprofit that has been helping renters fill out their rent relief applications.

At the same time, he acknowledges that cities and counties are in tough positions, and thinks that, ultimately, these policy changes need to come from the state.

“State legislators should be providing a statewide solution to this issue,” says Cancino. “So local municipalities aren’t having to be put in awkward situations where they’re having to react ahead of the state, as a result of an issue that they weren’t even in control of to begin with.”

But Rios says she isn’t getting her hopes up that help is on the way. She has talked with her landlord, and will be making additional payments each month until she and her husband are caught up on their back rent. She can’t keep waiting until her application money comes through.

“I have shared my story with the county, with state legislators,” Rios says. “I’ve cried and cried, because every time I talk about it, I get really sentimental. But now I feel like a show. I thought there were so many people there that they were going to help me. And nobody has helped. I’m still waiting.”

Next ArticleWhen Santa Cruz Was the ‘Murder Capital of the World’