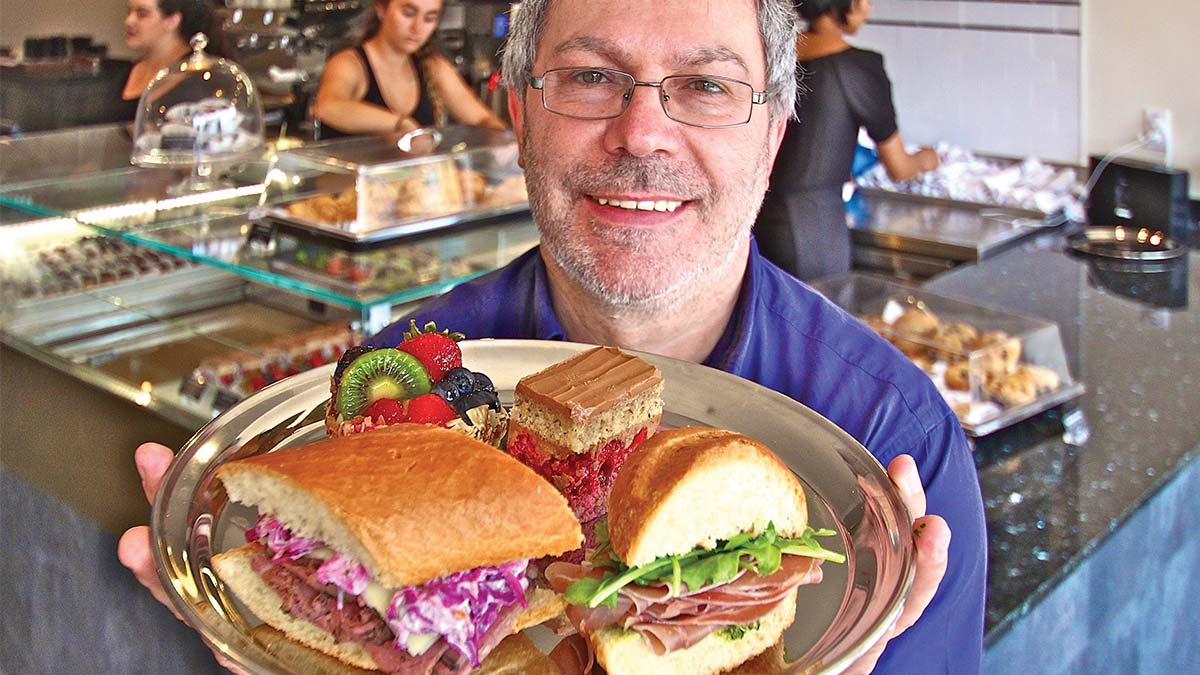 There are a lot of exceptional sandwich spots around Santa Cruz, but everything is always so big.
And don’t get me started on desserts. Do you really have room for an 800-calorie slice of cake after a massive tuna melt? Fret not, Bouchees’ menu features bite-sized versions of everything. Helmut John Fritz, who also owns Davenport Roadhouse, explains how he hopes to bring a healthy amount of Europe to Capitola by the Sea.
What does bouchées mean?
HELMUT JOHN FRITZ: Bouchees is a French word for “mouthful or bite.” What we believe is that it’s not the size or the quantity, it’s the quality. I was born in Austria. I lived in France, England and Scandinavia. It’s all about the tastes. When you sit down in England for tea sandwiches, you get some scones and maybe some salmon or cucumber sandwiches. You can try different items so you don’t have to commit to a huge sandwich or a huge apple pie when there’s a pecan tart, or there’s a fruit tart. We also have key lime tart. When you want to try all of that, you don’t necessarily want to commit to a huge portion.
You say your café is ‘European-inspired.’ What does that mean?
Capitola has the feel of a European beach town. We call it European-inspired. We’re not copying a French pastry. It’s European-inspired, so you have some English savories like a coronation chicken or a cucumber sandwich. Then we pick up pastries from all over Europe. For example, we have a pastry called Paris-Brest. That’s two cities in France. There’s a bicycle race between those two cities every year. The pastry chefs along the route came up with a pastry to commemorate that race. It’s a round pastry like a bicycle. There’s an almond cream inside and there’s a butter cream inside. They represent the two different cities. The important thing is the quality. We have a vanilla bean custard. You can be assured there is real vanilla bean in it. The shop is small, but I want it to become a gathering place for locals, where they can have all those pastries, some savories, and solve world problems—who should be president, etc.
Do you sell anything besides bite-sized savories and sweets?
We also have to-go sandwiches, which are regular sized. This is more for tourists on the way to the beach who want to grab a pre-packed sandwich. It’s sandwiches that you don’t really get in the area. For example, I introduced the coronation chicken sandwich. A coronation chicken sandwich was invented in the 1950s to commemorate Queen Elizabeth’s coronation. There are so many strong Indian influences in England, so in that chicken sandwich you have curry, mango, spices, and some sweetness.