.Chris Sharma on his Ascent to Climbing’s Top Athlete 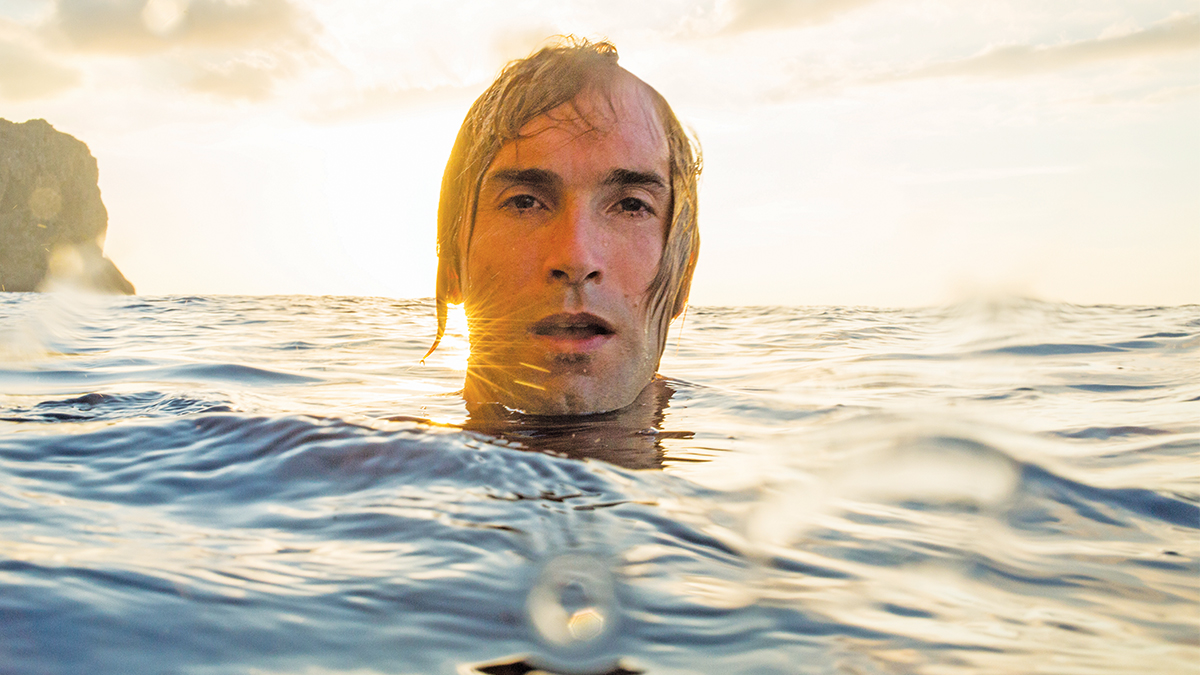 When rock climber Chris Sharma finds himself suspended over the water, clinging from a precarious cliff overhanging violent waves, he knows exactly what the stakes are. As he clambers his way up, searching for the right path, Sharma almost always feels his grip start to slip. He pushes off the rock, yelling at the top of his lungs, before splashing into the surf below, and then swimming back to the cliff to try again.

“The real danger comes when trying to get out of the water,” says Sharma, a Santa Cruz native who is considered by many to be the world’s best rock climber.

Sharma has travelled the world, pioneering some of the most difficult routes on Earth. One of his favorite spots is Mallorca, the largest of the Balearic Islands off the eastern coast of Spain, where he grew as a climber, clinging to the chief features central to his life—the mountainous cliffs and the sea.

“It’s brought me back to the ocean,” Sharma says. “In Mallorca, there is this mixing of two environments that are so important to me.”

Sharma stars in a new film called Above the Sea, a part of the 12th annual installment of the traveling adventure film festival Reel Rock, screening at the Rio Theatre at 7 p.m. on Nov. 10. The film chronicles Sharma’s adventures in deep-water soloing, a type of climbing where the participant climbs difficult routes ropes-free, relying only on the water below to provide safe harbor in the event of a fall.

“Climbing without a rope has high consequences, and I never really did it, because you have to climb far below your limits to ensure safety,” Sharma says. “I have always dedicated myself to climbing at the edge of what is humanly possible. To do this, you have to be able to fall over and over again. With deep water soloing, it enables you to try things at the edge of what is possible.”

Sharma used a surfer’s mentality to analyze swells, tides and wind direction in order to plan and execute his latest climb—all skills that he honed growing up by the beach, playing in the breaks and along the bluffs.

“Growing up in Santa Cruz, with a connection to the ocean, it differentiates me and gives me a unique advantage with this type of climbing. It’s second nature to me,” Sharma says.

Among climbers, what sets Sharma apart is a blend of his rock-solid fundamentals and sheer physical strength that lets him glom onto the slenderest of rock holds, even while balancing on tiny crystals that are often vertical and overhanging.

“What really sticks out to me about Chris, aside from his genetic gifts, is his mental approach,” says Tom Davis, the founder and co-owner of Pacific Edge Climbing Gym, off Murray Street. “He has this Zen-like abandon and capacity to fire on all cylinders.”

Sharma, born in 1981, always knew he had athletic gifts, but traditional team sports weren’t for him, and neither was surfing, which he says he was “really bad” at. He’s still grateful, he adds, to Davis for opening Pacific Edge.

“With climbing, it just clicked,” Sharma says. “I was probably the first generation of kids who wouldn’t have found climbing without a gym.”

At age 14, just two years after walking into Pacific Edge, Sharma won the U.S. Bouldering Championship. At 15, Sharma bagged the first-ever ascent of an Arizona climb called Necessary Evil—at the time, widely considered the most technically difficult rock climb in North America. As the sport burgeoned in popularity, Sharma became the young climber to watch in a crowded field.

Closer to home, Sharma continued honing his craft on the boulders in Castle Rock State Park, nestled in the Santa Cruz Mountains off Skyline Boulevard, near Highway 9, where Sharma remembers establishing some of the park’s modern climbs. The experience taught him to have the imagination to envision aggressive climbing lines where none existed before. “It’s always been a talent of mine, to identify these beautiful lines that exist out in nature, and it was Castle Rock that really helped me unlock that potential,” he says.

Those skills came in handy in 2007, when Sharma moved to Spain, where he continued to be creative about discovering and establishing new lines. Sharma grabbed headlines when he climbed the hardest deep-water soloing line in the world on the fabled Es Pontas, a natural arch that protrudes from the rollicking Mediterranean Sea just off the southeastern coast.

But as he pushed boundaries physically, Sharma found himself always on the road.

“It’s a great lifestyle, but it can be exhausting,” he says. “I wanted to find a way to live in one place and climb. For me, it all connected on my first trip to Mallorca.”

For Sharma, the island of Mallorca will forever contain a personal dimension that exceeds the purely athletic pursuits of his climbing career. He finished his 2007 climb with a heavy heart, as his mother Ghita Jahn had just passed away.

His latest climb in September of last year was equally difficult, as documented in the new film, and represents yet another climbing triumph, one coinciding with the birth of his daughter, Alana, which took place in June of last year. He named the climb Alasha, a mash-up of his daughter’s first and last names.

“The climb represented an equally groundbreaking connection to my daughter,” he says. “It’s amazing how we come full circle in our lives. For me, these two climbs happened parallel to this opportunity for reinvention.”

At 36, Sharma looks at his career—both his accomplishments and his future goals—with a meditative sense of calmness that’s uncommon in his hyper-competitive field.

Sharma recently opened a climbing gym in Barcelona with his wife, Jimena Alarcon. He still gets back to Santa Cruz about three or four times a year, he says. Many of the friends who helped him pioneer routes at Castle Rock still live in the area, as does his father, Bob.

“I want to keep pushing the limits and finding beautiful things, finding ways to inspire people and share this great sport,” he says. “It’s been an honor to be a part of the evolution of rock climbing.”