.As Church’s Downtown Brewpub Fails, a Fight Over Its Old Home 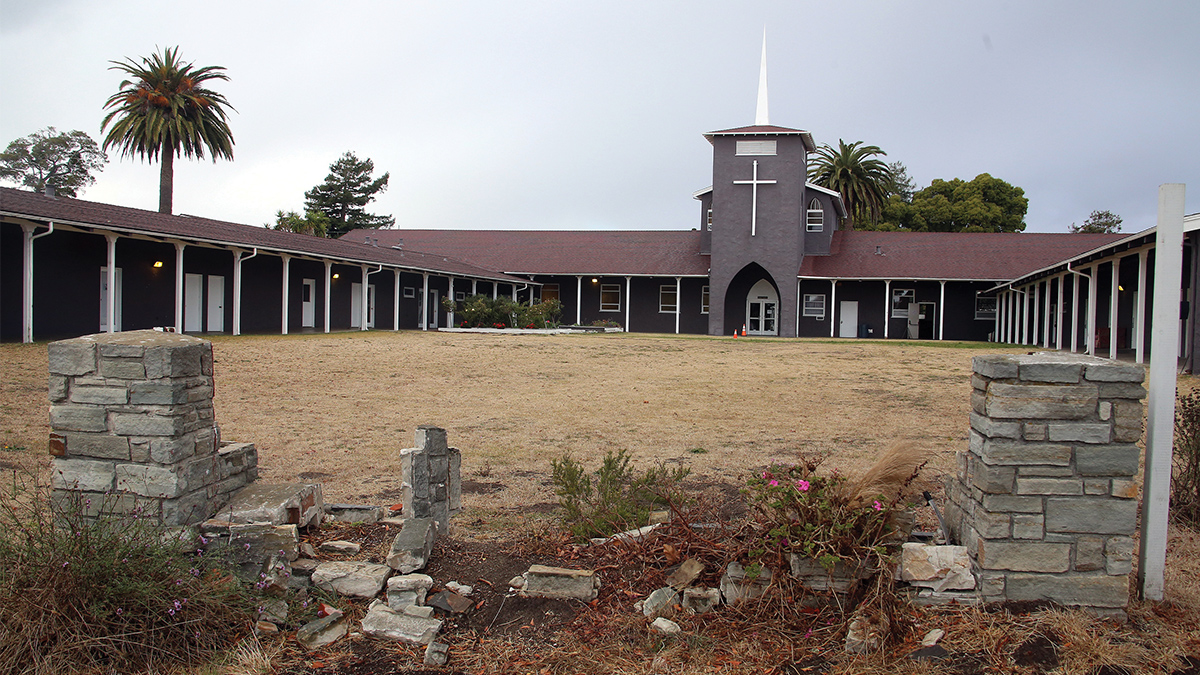 In the window of the old Logos bookstore downtown are signs promising that Greater Purpose Brewing Company will be “coming 2019.”

But with the year having come and gone, that promise has faded. And the site of the beloved former Pacific Avenue shop sits empty, despite a year and a half’s worth of anticipation for a new brew pub, which would have hosted Sunday service for its partner organization, the Greater Purpose Community Church. Bar proceeds would have gone to nonprofits like Planned Parenthood.

In late 2017, the church sold its previous location in the bullseye center of Westside Santa Cruz’s “circles” neighborhood for $3.3 million, and that property has since been enmeshed in controversy, with neighbors fighting plans to redevelop the space for housing and asking questions about the old church building’s historical significance.

Now, Greater Purpose is looking for a home once again. That’s after unexpectedly high remodeling costs—plumbing issues among them—outpaced the budget by about $800,000, says pastor Christopher VanHall.

VanHall says he is hoping to find someone to sublet the space at 1117 Pacific Avenue. Former Logos owner John Livingston still owns the building. “We’re not back at square one, but definitely at square two or three,” VanHall says.

VanHall says there are a few possibilities for a new place of worship, none of which he’s at liberty to discuss. The church is still hoping to run a brewery that would help fund charitable endeavors.

VanHall describes Greater Purpose Community Church as open and affirming of the LGBTQ community—with an emphasis on racial and social justice. Even nonbelievers are encouraged to come.

“Half of our church identifies as atheist,” says VanHall, who took over the congregation in 2014.

Before VanHall joined, the church was known as the Disciples of Christ, which allows its member churches to form their own cultures.

But when VanHall took over, his new approach rankled many of the more traditional congregants, says former member April Knobloch, who feels that the time and place for such politicking is not in church. The move caused a schism in the congregation, with many members moving to other branches of the Gospel Community Church, she explains.

VanHall, who has run Sunday services in the Food Lounge at 1001 Center Street since the 2017 sale, says a church’s heart does not lie within its structure.

“Love, justice and equality are where the church should focus their attentions,” he says.

Stark gray and steepled, the Garfield Park Christian Church at 111 Errett Circle is surrounded on three sides by a cracked parking lot and fronted by a courtyard covered almost entirely with dead grass.

Unremarkable as religious edifices go, the building gives off an aura of strained effort, as if trying to keep age and blight at bay. The nearby city blocks stretch out from the property in concentric circles, a dizzying effect for anyone who’s ever gotten lost in the neighborhood.

The old church’s new owners—a group calling itself the Circle of Friends—have plans to build their homes on the 1.7-acre property, with a vision for a co-housing development where everything is shared, from tools to childcare to cooking.

The group includes two businesspeople, a teacher, a contractor, an outdoor guide and a retired firefighter. “We are a group of Santa Cruz locals with a dream of living within a multigenerational cohousing community,” says member Caitlin Rose. “We want to live in our community, close to our friends and family, as well as share meals, gardens, childcare and elder care.”

The Friends have submitted two plans to the city, one featuring 12 5,000 square-foot lots, and another with 10 lots. All include accessory dwelling units, meaning the lot potentially could hold up to 24 new residences.

Both plans feature solar power, a community kitchen, a playing field and a shared garden. Some of the homes would be affordable. The field and garden would be open to the public.

The group is waiting for the city to approve one of the plans.

Group members like Joseph Combs, a small business owner, say they couldn’t afford to purchase their own homes in the county. “I’d rather start with dirt,” says Combs, who’s rehabbed homes to earn extra money. “It truly is a way to be able to afford a home here. This is a big step for us all. We have a lot on the line.”

Realtor Mark Thomas says that the proposal lets the owners design their own homes, thus helping the neighborhood retain its eclectic feel.

The alternative, he says, could be ownership by a large development company looking to turn a profit.

The origins of the circle neighborhood date back to 1889, when the Rev. David Wells took a 10-acre parcel and created a neighborhood of circles centered around a place of worship. Lot prices ranged from $105 to $135, according to information on file at Santa Cruz Public Libraries.

For about four years, the property served as the winter home for the Norris & Rowe Circus, elephants and all.

The place was unofficially named Garfield Park in honor of the recently assassinated U.S. president, a name that has stuck in various iterations through the years.

The original church featured a 100-foot-tall bell tower and a hall that fit 2,000 people.

In 1907, some 84 people attended the first sermon when the Church of Christ – Garfield Park was opened.

The church burned down in 1935, only to become a playground five years later. A new church opened in 1959 in the same building that stands today.

The church and its adjacent community center have for decades served as a home for numerous groups, including the Coryell Autism Center, West Performing Arts and the Cabrillo Choir.

People have come to take classes ranging from fencing to jazzercise. In the past, the gymnasium has provided a place for a food pantry and a meeting place for Alcoholics Anonymous.

Resident Jennifer Smith, who has taught Japanese sword and aikido classes at the church, is part of a group hoping to protect the building, keep the property as it is, and increase its use as a community center.

“We want this to be a neighborhood hub, really part of the fabric of the community of Santa Cruz,” she says. “Deep generations of people have used this, and this is a time when we really need something like this. Our vision is to create a really positive future.”

For much of last year, neighbors pressured the city of Santa Cruz to protect the old church space. The Santa Cruz City Council in December narrowly approved a motion to send the issue to the Historic Preservation Commission, which will vote Jan. 15 on whether the property does in fact hold historic value. If it does, the issue will go for a final vote to the City Council.

There’s one potential obstacle standing in the way of historic preservation: numerous surveys have shown that the property does not meet requirements to be placed on the historical register. This includes a May 2019 review by the California Department of Parks and Recreation, which states repeatedly that the site and building hold no historical significance.

In any case, a distinction from the history commission would make the property much more difficult and expensive for Circle of Friends—or any other group—to develop.

Estimates for fixing up the existing building might not come cheap, either.

Richard Walton, ‪who worked as a treasurer under VanHall, says salvaging the existing buildings would be no easy feat, as they have a laundry list of deferred maintenance, including aging heating ducts, a troubled water and sewage system and a poor foundation.

These repairs have been estimated at $350,000. “We were facing negative income every month,” he says. “And every time we tried to do something to generate income, we ran into obstacles with the city.”

On top of that, Rose notes that no potential buyers, like the city of Santa Cruz or neighborhood groups, have come forward.

“If we are put in a situation where we have to sell the property,” she says, “it is extremely likely that it will be sold to a big developer who has the money, the lawyers, and the time to eventually push through a development.”