.Citizens Unite: How Some Groups Are Excluded in US 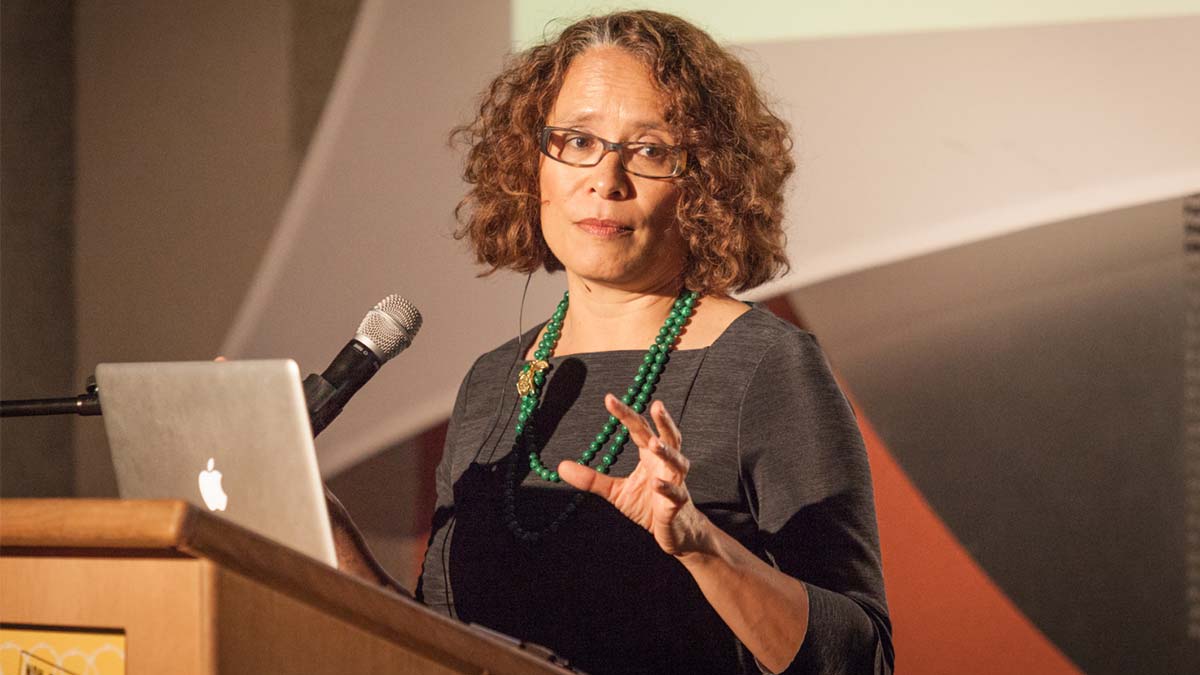 In front of a crowd of 150 people at the Santa Cruz Museum of Art & History on Thursday, University of Oxford professor Bridget Anderson recalled an encounter she had with an U.S. immigration officer just a few days earlier.

In the customs line en route to Santa Cruz, the officer, a Latino man, asked her why she was visiting the U.S.

She told the man about her Santa Cruz talk on citizenship, and the ideas she would present: that citizenship creates a divisive “us and them” mentality, in which even people with legal status can be marginalized.

“And he was like, ‘You’re so right.’ He said, ‘I was born here. I’ve lived here all my life, and there are people now who, even though I’m legally a citizen, they don’t consider me a citizen. Because when push comes to shove, it’s your name and the color of your skin,’” Anderson said. “And I was like, wow. this is an immigration officer saying this? That’s really something.”

Anderson’s talk, titled “The Good, The Bad, and The Ugly: Citizenship and the Politics of Exclusion,” was the first in a year-long speaker series on non-citizenship hosted by UCSC’s Chicano Latino Research Center and the Institute for Humanities Research.

The series, which is free to the public, includes a documentary screening on the legacy of the slave trade in Sierra Leone, and a Q&A with the film’s producers at Del Mar Theatre at 7 p.m. on Oct. 27.

Between 2003 and 2010, Anderson said, an estimated 20,000 U.S. citizens were illegally detained or deported. Many of them were black, illiterate and mentally ill—and likely to sign a false confession, she says.

Communities are interdependent and everyone has contributions to make, she said—which may not necessarily mean working a 9-to-5 job and paying taxes. She hopes people can start thinking beyond national borders.

“Let’s think about Niger. Niger [is] the poorest country in the world, but Niger has plenty of resources. It’s Niger’s uranium that keeps the lights on in France,” she said. “The Niger people are not lazy people. Why are they so poor? They’re poor because of a history of colonialism and because of unjust international trade arrangements. That’s why they’re poor. Effectively, to put it at its most crude, their poverty and our wealth are intimately interrelated, and I think we have to keep that at the front of our minds when we’re thinking about migration. This is not simply about foreign policy. It’s also about economic policy.”

For more information on the series, visit clrc.ucsc.edu.