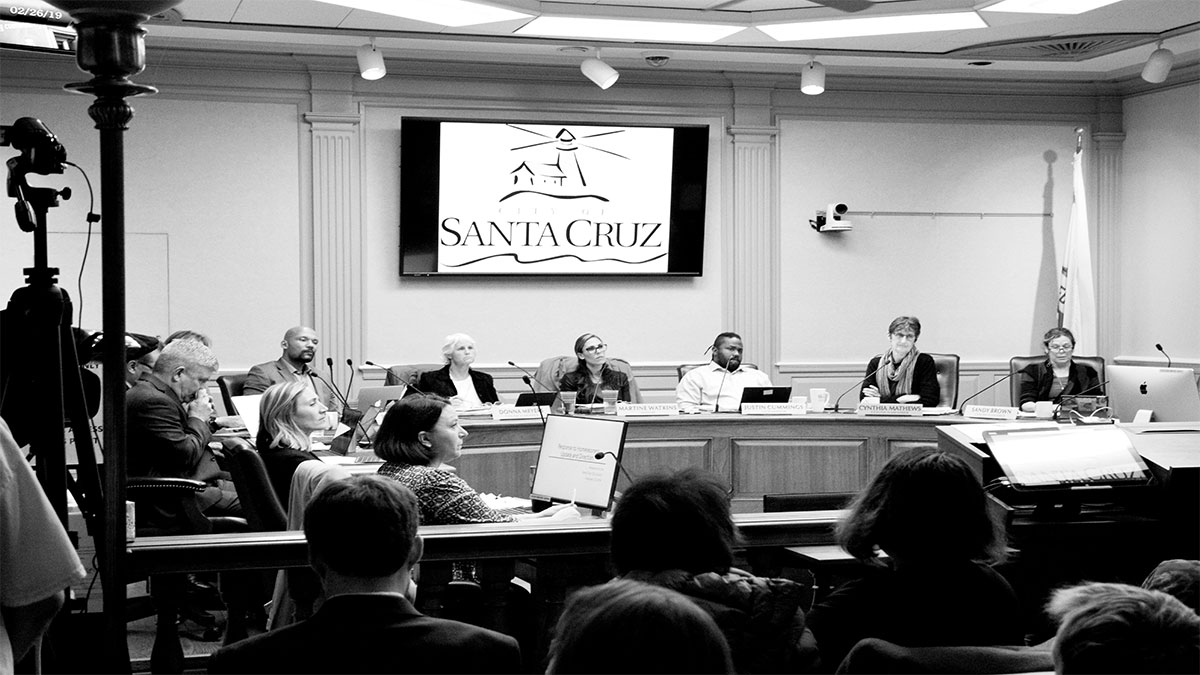 The Santa Cruz County Board of Supervisors on Tuesday got a first look at how the County’s supervisorial districts could be redrawn as the decennial redistricting process nears its end.

During redistricting, jurisdictions use the recent census to see how their populations have grown over the past 10 years, and then redraw the supervisors’ boundary lines to make the populations equal in each district.

With a total county population of 271,350, the redistricting procedure is seeking to move the map lines so that each of the county’s five districts has 54,270 residents.

If approved in December, the new map will transfer 491 people in Watsonville’s Apple Hill District from the 2nd to the 4th District.

In Santa Cruz, new district boundaries transfer 613 people from the 3rd to the 1st District in the area of Brommer Street and East Harbor.

State law mandates a fairly strict protocol for jurisdictions looking to redraw their electoral boundaries. This includes at least four public hearings that are publicized five days in advance. These began in September and will conclude at the end of October. In addition, any draft maps must be made public seven days before they are brought to the Board of Supervisors for adoption. The meetings must be public and must be recorded.

The current phase—line drawing and soliciting comments from the public—will run through December. The public can submit their own maps for consideration until Nov. 2.

Previous ArticleNew Program Aims to Bring Students Back to Cabrillo