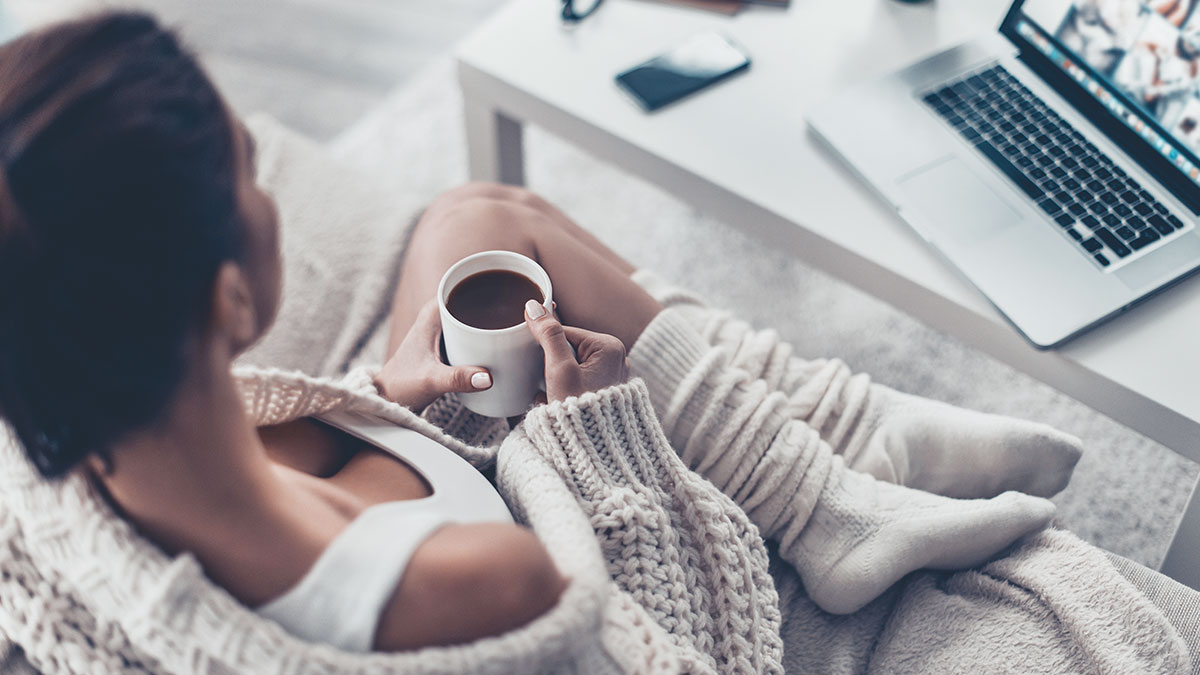 James Herold had been thinking about getting a new sofa in his living room for a while, but he wasn’t in a rush. Then the pandemic changed everything.

Suddenly the 58-year-old was working at home and was stuck there even when he didn’t have to work. After he rearranged some furniture to create a home office, he no longer had space for a sofa. But the need for comfort was greater than ever. A cozy recliner was the perfect solution to make his living room a place of solace and still be efficient in terms of space.

Though Herold lives in Danville, he drove down to SC41 in Soquel as soon as they were open for in-store shopping—that way he could try out some recliners and find the one that would suit him for his lazy weekends and evenings. His wife Stephanie went with him and decided to replace the mattress on their bed. A little extra comfort wouldn’t hurt.

“When you’re cooped up in the house, you’re just looking at everything. You know, ‘It’s about time,’” Herold says. “I redesigned the home office for more comfort and full-time use.”

Furniture and home design stores have been open for in-person visits for a few weeks now, and they’re finding that customers are ready to buy furniture. During the initial months of shelter in place, many of the stores were open for curbside pickup and delivery, but they weren’t doing a lot of business.

“This is a particular part of retail that people still like to come in and see things and touch things. It’s a little bit difficult to do it online,” says Jackson Allen, owner of Soquel’s Couch Potato.

Business shot up as soon as in-store visits were back. Some stores have reported higher June sales than in previous years.

“There was some pent-up demand. We have actually increased traffic because people are fed up with online shopping,” Jackson says. “They want to come in and sit if they have the opportunity.”

Michael Baetge, owner of SC41, says he’s noticed that people are particularly concerned with comfort right now. His number one purchase since reopening has been recliner chairs, with comfy sofas a close second, and home office furniture third.

“We’ve been sheltered in place for so long, and the likelihood of us having to shelter-in-place again is high. I think comfort has really come to being right up there with safety and design,” Baetge says. “There’s a renewed interest in fixing up the house, doing projects around the house, replacing furniture, changing out rooms. Because the longer we’re unable to travel, the more our home becomes a true castle.”

Another change in how furniture and home design businesses are operating during the pandemic is that they are accepting appointments. Stephen Schwinn, the owner of Ironhorse Home Furnishings, says that even though they are open for walk-ins, the majority of their customers have made appointments.

“I think people are enjoying this private shopping experience. It allows a little bit more one-on-one time,” Schwinn says. “Before I could have had 10 or 12 people in the store, with one or two salespeople getting pulled all over the place. Here, people get the attention that they deserve when they’re purchasing something of this magnitude.”

He is seeing some of the same drivers other store owners have reported: comfort, efficiency, and upgrading of the home office. One interesting change specifically in the home office department is that a lot of people are purchasing sit-to-stand desks, something he only sold once or twice a month previously.

“I haven’t sold a single desk that you sit at without the ability to be sit-and-stand,” Schwinn says. “I think people have probably been thinking about doing them. They weren’t sure. Then, when they got stuck at home for three months, they decided it was time to do it. Our industry is seeing a huge surge right now. What we’re running into is that the manufacturers don’t have product to ship because there was such a blitz on some of the things.”

Next ArticleHome and Garden Resource Guide