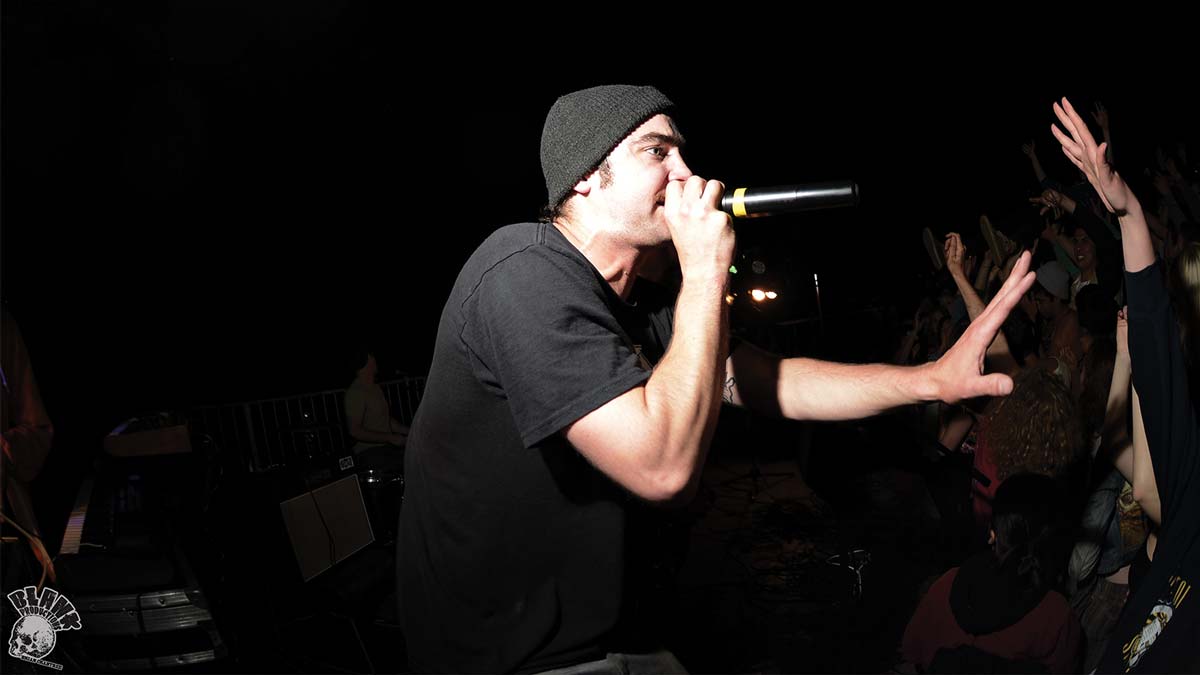 Waiting anxiously for the respective music scenes to thaw as this year’s pseudo-winter comes to a close, traveling sound-lovers can finally rejoice at the countdown to festival season. But most would never dare to hope for a festival dedicated entirely to hip-hop music, especially not locally, with the “h-word” usually getting chased out of bars and venues left and right. Until now: April 2-3 brings the first-ever Santa Cruz Hip-Hop Festival.
“Musically, my main love is hip-hop—it does have a presence at some festivals, but it’s usually an afterthought, or all the artists are on during the day, before the big names,” says Santa Cruz Hip-Hop Festival organizer Mike Molda. “I wanted to create a festival where the spotlight would be totally on hip-hop, focusing on educating people about the art form and supporting local talent.”
The event will also include live painting and tagging from Meeting of the Styles, a San Francisco-based group that works with graffiti artists all over the world; performances by local dancers Beat Boxers; turntable “scratch” performers; and spoken word artists. “We really want to demonstrate a more conscious perspective of the hip-hop scene,” says Molda. “We want to show the older generation—where it especially gets a stigma—that it’s not all bad, it’s a lot of culture and love. We really want them to see the positivity.”
Even Bay Area underground hero Equipto, who will perform at the festival, recognizes the energy of a lineup like this coming together for the first time. He’s excited, he says, to perform alongside Otayo Dubb, A-1, the People’s Tree, and the many others in what he says is “one of my favorite places in Cali, no lie!”
Molda has curated an impressive lineup with a mix of established Bay Area lyricists and hungry young artists looking to make a name for themselves; here are a few of GT’s top picks.

While it’s not an artist or a performer, the Cypher will be a huge part of this event, onstage and off. In accordance with an ethos of respect and love, a cypher is a rap battle without the battle. Emcees gather together spitting “sixteens”(16 lines of text or “bars” make one verse), trading ideas instead of insults, and pushing each other to new lyrical heights for the enjoyment of onlookers.

One of the most prominent members of Team BackPack (a Bay Area-based cypher crew turned YouTube darlings) this emcee was instrumental in building its brand from the ground up. Known for his impeccable delivery, freestyle skills and deep lyrical content, Turner sounds like Ghostface Killah had a heart-to-heart with Q-Tip, but puts his own modern twist on the sound. He’s what any hip-hop purist would want from this lineup, and then some.

One of Santa Cruz’s best-known lyricists and performers, Elliot Wright is currently recovering from a recent spinal fusion surgery and has still found the time (and strength) to hit back with an all-new live ensemble. Sonically described as Atmosphere meets Red Hot Chili Peppers, Wright is known for his insane live presence and bulging neck vein—this guy leaves it all on the stage. “It’s not every day a group of true hip-hop enthusiasts come together and pull off something of this magnitude,” says Wright.

Combining freestyle skill, humor, and a dash of that grimy deep bass and bounce, emcees Catalyst and Obvi bring unfiltered, skillful lyricism and some good old-fashioned hip-hop head-bopping to this lineup. Where these guys go, the party follows.

No festival, especially one focused on hip-hop, is complete without a real old-school heavy hitter, and emcee Anthony Forté, aka Rappin 4 Tay, is that in spades. After bursting onto the scene out of the Fillmore in 1991 with “Rappin 4 Tay is Back,” Forté made quite the name for himself with 11 albums over the next 13 years and his Bay Area-loving “Players Club.” Forté has worked with Tupac, Mac Dre, and Too Short; this is a chance to see a hip-hop legend at work.
Info: April 2-3, Camp Krem, Boulder Creek. Parking at 14700 W Park Ave., Boulder Creek
Free Parking for 3 people or more in car. Eventbrite.com. $30-$35.