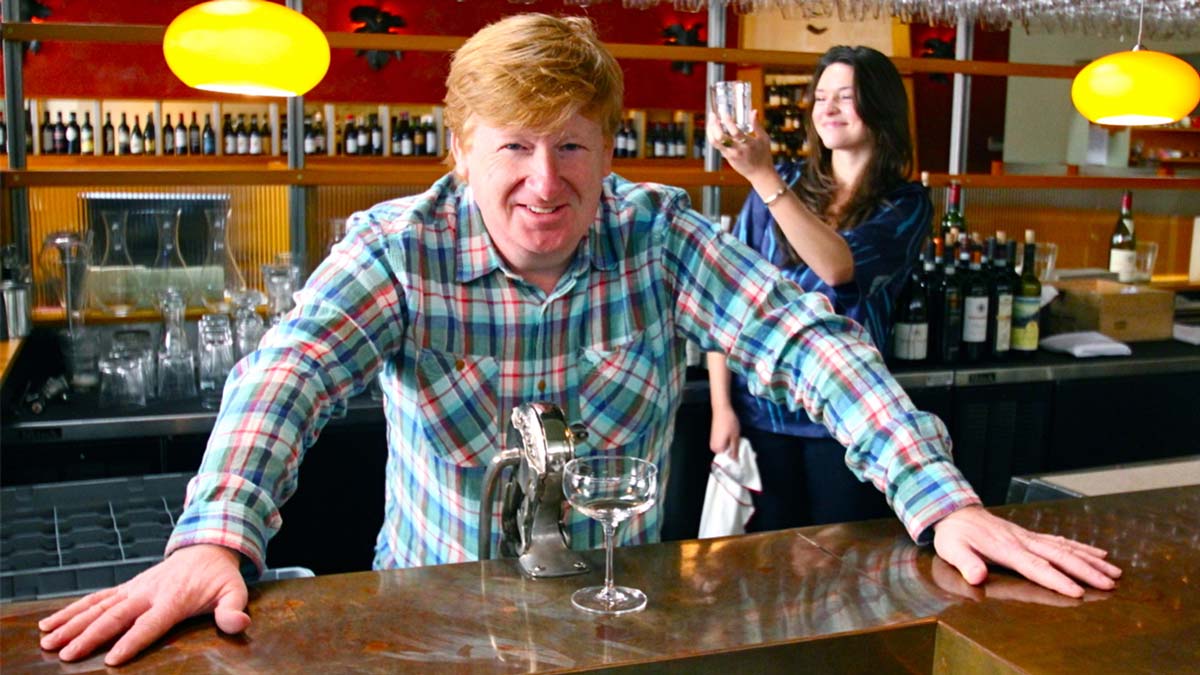 Soif, the deluxe wine bar and restaurant on Walnut Avenue downtown, will soon be offering cocktails. I got the call from Soif’s wine director John Locke last week providing insight.

“The addition of spirits and cocktails has been contemplated as a distant possibility for some time,” he says. Given the amount of extra revenue such an addition would bring, it had to have been an appealing possibility.
“We felt that if the change subverted our ability to continue a substantive, interesting and distinctive wine program, it was not worth it. Obviously we feel it can be a positive addition if executed with sufficient élan and creativity,” says Locke.
From her St. Paddy’s Day perch in Ireland, Soif owner Patrice Boyle was happy to comment about the upcoming liquor license: “We are aiming for a place where the drinks will be delicious and very interesting, providing new spiritual experiences all around.” Boyle—whose personal favorite tipples include, “great gin and good tonic,” as well as “single malt cask strength Scotch settled down with some lovely spring water”—also reminded me that her still waters run deep.
“I had started at Bonny Doon Vineyard just when Randall Grahm purchased the still. We distilled everything, from the wisteria growing on the porch to trying to make gin—and every manner of fruit,” Boyle says. She was a founder of the Artisan Distillers group (Germain-Robin brandy, St. George Spirits and others), and later was vice president of the American Brandy Association. Who knew?
Locke shed more light on the upcoming cocktail reality. “Probably no well drinks,” he says. “Probably no happy hour. Probably a few well-thought-out custom cocktails congruent with the gastronomic culture of the restaurant. Probably a superior and judicious selection of classic aged spirits, eau de vie, digestifs.”
The savvy Soif team notes that change happens. “Some new folks will come in who have not before. A bar seat might be harder to get … We must make the best of it,” says Locke. “And we think the best Martini in town will go a long way toward that goal.” Sign me up! This is not yet a done deal—weeks, maybe a month or so away. But Locke is confident that Soif “will slide nicely into the Santa Cruz cocktailing scene in its own unique way.” Do stay tuned. And while you’re thinking Soif, consider these two distinctive events: On Sunday April 3, from 3-5 p.m., you’ll have a chance to sample some iconic wines from Lebanon with Marc Hochar of Chateau Musar. Seriously intriguing wines. And on Sunday April 11, join Stephen Beaumier and Katy Oursler of Mutari for an outrageously different dinner starring chocolate and cocoa-derived ingredients in many still-to-be-invented forms. Check soifwine.com for details.

Taste of the Week

The soups at the Buttery Bakery just get better and better. Last week’s winner was a bold and delicious white bean and kale soup, enough for two plus a soft potato roll for $6. We added one of the Buttery’s fab kale salads with the freshly-made soup. You can, too. OK, we also added a Pecan Sandie cookie (with a plush chocolate rosette on top) and the signature Zucchini Muffin, so good you cannot believe it.
Dare to Pair spreads its tents for the seventh year, at the wine tasting rooms off Swift and Ingalls streets on Sunday, April 10, from noon until 3 p.m. Cabrillo College Culinary students will vie for honors by matching menus with wines from Surf City Vintners. $65 tickets provide tastings, plus an After Party at Equinox Champagne Cellars starting at 2:30 p.m. Details available at daretopair.org.