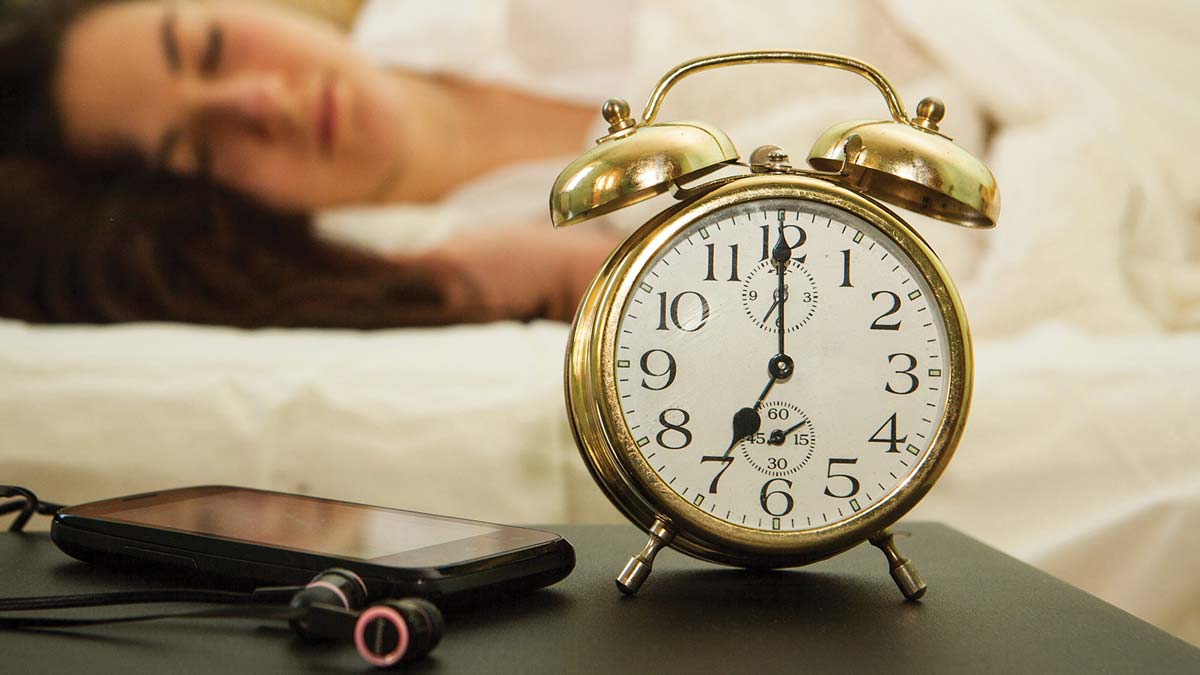 The state’s clocks sprang ahead one hour at 2 a.m. Sunday, March 13, in an attempt to “save” an extra hour of daylight for spring, summer and early fall evenings. The semi-annual clock-fixing routine musters up semi-annual arguments, petitions and letters to change our collective mind about when the sun should come up. One particular Bay Area official is now heeding these calls.
If he gets his way we’ll never reset our clocks again.
Assemblymember Kansen Chu (D-San Jose) introduced a bill Feb. 19 which would allow all Californians to vote on whether to ax daylight-saving time. Assembly Bill 2496 has been a long time coming, according to Chu, who said he was originally approached with the idea last year, after the legislature submission deadline had already passed.

Daylight saving time (DST) was first adopted by the United States in 1918, during World War I, in an effort to conserve energy. The move was roundly criticized by the general public, and the act would be repealed just two years later. However, states were granted the opportunity to continue to observe DST after its repeal. In 1942, President Franklin Roosevelt re-enacted year-long daylight saving time to conserve energy usage during World War II, until 1945. After the war ended, most states rescinded it, until 1966 when most re-adopted it. In 2007, it was extended by five weeks, and now runs from the second Sunday in March to the first Sunday in November.
If Chu’s bill makes it to voters and is approved, California would join just two other states that ignore the annual time change—Hawaii and Arizona. California adopted daylight saving time after the passing of a 1949 ballot initiative that shifted the hours in the hopes of increasing recreation time and decreasing energy costs for lights.
Chu was first approached by a group of constituents who are parents. They described their daily routine of putting their children to sleep, then waking them up for school the following morning, and how it became more strenuous because of the time change.
“It’s an archaic philosophy, and it’s really difficult to adapt to with how our schedules work these days,” agreed Heather Calderone, as she roamed the rainy streets of Campbell’s farmer’s market on a recent Sunday. “My daughter is in high school, and she has to get up at 5:30 in the morning, and during the springtime, she has to wake up at 4:30 in the morning to make up for the lost time. I don’t think we need it anymore, it adds more confusion, and I don’t think the farmers need it either.”
The farmers, at least those who fill the booths of Campbell’s market, agree with Calderone. Jose Carpio, of Rodriguez Farms in Watsonville, said for the first week of the change, they lose about an hour of their regular sales. Overall, he said, the change doesn’t impact his and his workers’ wallets that hard, but the overall confusion DST creates is enough to be rid of the hassle.
Luke Estrella, of Fifth Crow Farms in Pescadero, doesn’t necessarily disagree with DST opponents, but he appreciates the extra time he and co-workers receive from the spring time change, when his highest harvest takes place.
“We get more daylight earlier,” Estrella said. “Sometimes, during the fall, it’s not light enough for us to work at 7 a.m. I don’t enjoy adjusting my schedule with the hour change either, but it helps our business.”
Chu said he’s already garnered support from multiple assembly members, but declined to name names. However, he noted, some of the state legislators who support his bill work in the agriculture community themselves.
Other colleagues, Chu said, support the move away from daylight saving time, but would ultimately like to see a complete shift away from Pacific Standard Time (PST), to Pacific Daylight Time (PDT). If this were to happen, days would stay light well into the evening, something residents believe would be better for their children and safety on the roads.
“I want to keep summer time, not winter time,” says Julie Davey, owner of Steepers tea store in downtown Campbell. “It doesn’t matter to me whether it’s dark in the morning, but I think being able to go outside in the evening and enjoy the fresh air would be more enjoyable.”
Chris Wondolowski, star and captain of the San Jose Earthquakes soccer team, said recently after a game that he too would appreciate more light into the evenings.
“I like sunlight, and any way we can get more sunlight would be great,” he said after the team’s 2-1 victory over the visiting Portland Timbers.
Perhaps the loudest argument in favor of Chu’s push to eliminate daylight saving time came from his senior constituents, who opined that the shift affects their medicine schedules. According to a 2014 research study authored by the news agency Reuters, an hour of sleep lost because of time changes can increase the odds of suffering a heart attack by 25 percent.
A laundry list of university studies make a compelling argument in favor of the elimination—between 1986 and 1995, fatal traffic accidents rose 17 percent on the Monday following the time switch, according to the University of Colorado. A 2006 report found daylight saving time led to a 1 percent overall rise in residential electricity use in Indiana, costing the state an extra $9 million. Perhaps coincidentally, 2006 was the same year the state implemented the use of daylight saving time. From 1983-2006, there was a 68 percent increase in lost working days due to workplace injury on the Monday following the time change.
Chu said he became aware of these facts and others during his research to put the bill together, and he’s now more sure than ever that doing away with the century-old tradition is better for the general health of the public.
“We’re trying to eliminate some potential health hazards from the populace,” he said. “Should the voters ultimately approve this, we wouldn’t be taking away sunlight from anybody. The hazard of having to change your clock, and your schedule, is what everyone stands to gain.”