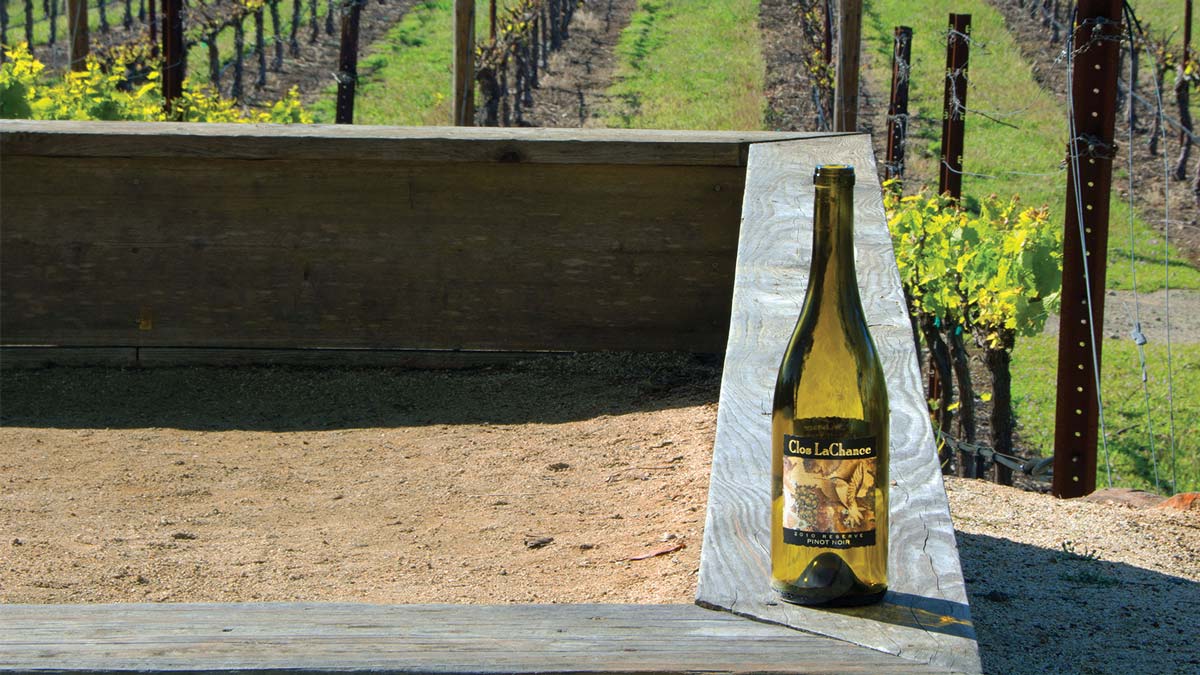 When I’m drinking dessert wine, I always have to have some chocolate handy. It’s a tasty twosome that goes together gloriously well. Dessert wine is usually considered an after-dinner drink, but I often quaff it when I need a little sweet fix.
Founded by Bill and Brenda Murphy in 1992, Clos LaChance makes an abundance of excellent wines, including a superb Reserve Zinfandel 2012 Central Coast called Pépère. The winery was named LaChance in memory of Brenda’s father, Arthur LaChance—otherwise known to his seven grandchildren and 10 great-grandchildren as “Pépère.” This Zinfandel dessert wine is called Pépère in his honor.
It’s a ruby beauty with an intriguing nose of dried fruits—cherry and blackberry, with a touch of apricot, cocoa and cinnamon. Some white pepper undertones add even more pizzazz to this lovely sweet Zin ($28). A delightful nectar that’s bursting with flavor, and with a higher alcohol content, similar to Port or Sherry, it’s a wine to be sipped and savored.
Clos LaChance recommends pairing this 100-percent Zin with blue cheese, pecan pie and toasted almonds, but I, of course, recommend chocolate.
Clos LaChance Winery, 1 Hummingbird Lane, San Martin, 408-686-1050. clos.com

Kissed By An Angel Wines

Cabrillo College’s culinary students are teaming up with Surf City Vintners for the seventh annual Dare to Pair food and wine competition—an opportunity to taste delicious food matched with dynamic wines. The event is from noon to 3 p.m. on Sunday, April 10, and takes place at various wineries on Swift and Ingalls streets in Santa Cruz. Tickets are $65 in advance and are available only at daretopair.org. All proceeds will benefit the Cabrillo College Culinary Arts program.

Next ArticleNews Briefs for the week of March 30