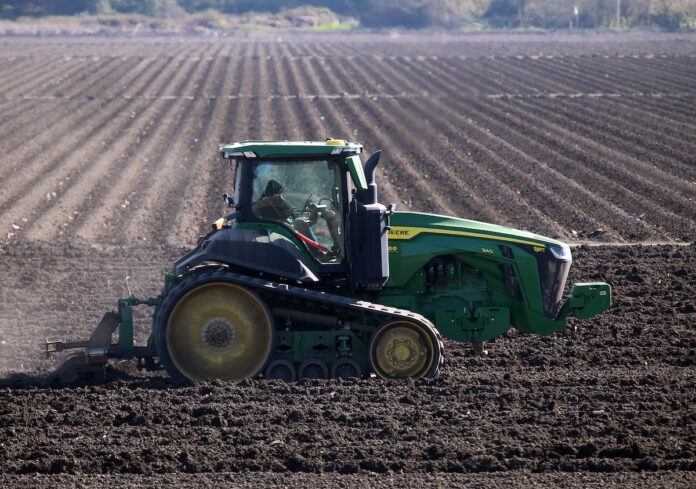 An effort to extend a landmark Watsonville ballot measure that placed restrictions on the expansion of the city took a big step forward Tuesday.

The Watsonville City Council accepted the city clerk’s certification of a petition filed by the Committee for Planned Growth and Farmland Protection that will bring an extension of Measure U before the elected leaders at an upcoming meeting.

At that meeting, the council could choose to accept the petition and extend the constraints on urban expansion approved by Watsonville voters in 2002 for another 18 years. But, it is more likely that the council will instead give Watsonville voters a chance in the upcoming November election to voice their opinion on the effect Measure U has had on the community and whether they’d like to continue down the same path through 2040.

Determining the effects the measure, which, officially, was an amendment to the city’s general plan, has had on Watsonville is a difficult task. While the constraints on outward growth have indeed protected agricultural land from development, they have also limited Watsonville’s ability to, among other things, build new homes and persuade large employers and businesses to invest in the city.

Supporters of the extension say that the city should instead try to solve its housing issues by building apartment complexes on vacant and underutilized land throughout the already densely populated municipality.

The city council has commissioned a study on the measure that will likely come to the leaders before they decide how to proceed.

The committee, a coalition of environmentalist and agriculture advocates and representatives, needed to collect signatures from 10% of Watsonville’s voting body, or about 2,100 people, to bring the renewal forward. It turned in a little more than 3,100 signatures in December but around 700 were tossed out by the County Clerk because they were unverified.

In the end, the committee still had more than enough signatures (2,411) to move ahead.

Tuesday’s action was on the council’s consent agenda, where items that are uncontroversial are typically placed. Because of this, there was little discussion among the council about the measure.

Only Councilwoman Rebecca Garcia chose to comment on the item. She said she heard that people gathering signatures for the committee were telling prospective signees that the measure would help protect the wetlands from development.

City Manager Pro-Tem Tamara Vides, answering Garcia’s question as to what safeguards the wetlands already have, said that the city’s general plan has strong and clear protections for the natural resource.

“The wetlands are already protected and will not be built upon,” Vides said.

Garcia, following up on Vides’ statement, said that it seemed the committee was spreading misinformation about what exactly a renewal would accomplish.

“The wetlands are already protected,” Garcia said. “I think that needs to be corrected for their future advocacy for that measure.”

Committee member Sam Earnshaw in an email to the Pajaronian said Garcia’s comments were over-generalizations and not based on fact.

“No one has ever said anything about ‘building’ on the wetlands,” Earnshaw wrote.