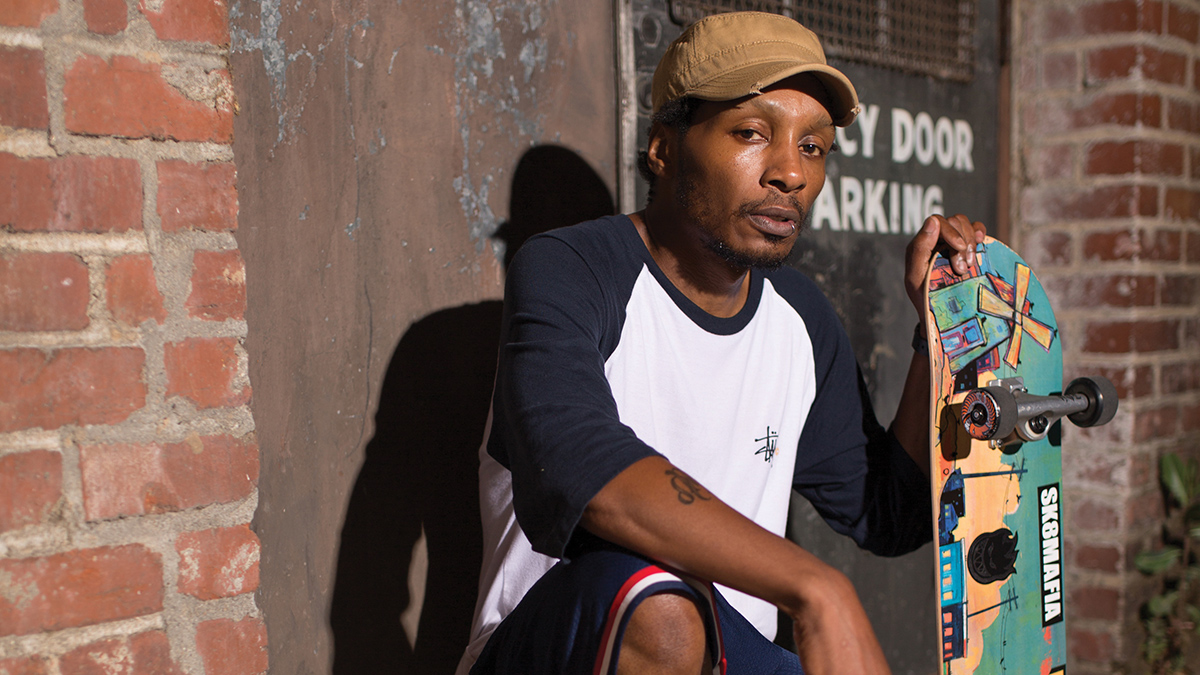 Slipping in at the tail end of the decade, when “Best Of” lists have long since been filed, Omni’s Networker should not be overlooked. The Atlanta band’s first for Sub Pop, Networker is a quietly bold statement: a great collection of guitar-rock songs in the year 2019. “Guitar rock” in Omni’s hands sounds like a mix of Television and Wire, with juuuust a pinch of Steely Dan (see “Skeleton Key”). Throughout Networker, the Omni are sharp, zipper-tight, and just angular enough to give it all some nervous energy. MIKE HUGUENOR

In the world of Celtic music, there are few touring names as famous as John Doyle. As a founding member of the two-decade-running Irish rock group Solas, this Dublin-born musician made his name playing the music of his heritage. Today, Doyle lives in Asheville, a city called the “Santa Cruz of the South,” and has been touring the country, often solo, but sometimes with a kindred spirit, pulling from the plethora he keeps on speed dial. This go-around, it’s traditional Irish player and multi-instrumentalist Mick McAuley. MAT WEIR

Country singer Kassi Valazza grew up in rural Arizona. Not only did she have to deal with the brain-melting heat, but so often found herself alone in the massive desert expanse. Beautiful, yes. Scary, and lonely, indeed! As a country musician, she found herself drawn to music that evoked this same sense of loneliness—the kind that large, never-ending spaces instill in you on a base level. Her latest record Dear Dead Days captures this duality brilliantly with psychedelic soundscapes melding with traditional country twang. The record is a nostalgia trip, but not one that makes you feel all warm and fuzzy inside. AC

TWO DYKES AND A MIC

You’ve listened to all the podcasts. You jotted down your notes on how lesbians can be categorized by Sandra Bullock movies and stuck it on your refrigerator. You’ve compared your tools to the ones in Rachel’s Toolbox, and Bumble’s Bumbles reminds you of your own funny-sad online hookups. No doubt Two Dykes and a Mic offers a pair of the most hilarious yet approachable dykes around. Come see Rachel Scanlon and McKenzie Goodwin do their thing live, first with two individual sets and then podcast-style in real-time, a la “Ask the Dykes,” where you can finally ask Rachel and McKenzie if they want to be best friends with you! AMY BEE

It’s no exaggeration to refer to Del The Funky Homosapien as a west coast hip-hop legend. In addition to several brilliant solo albums, he founded Oakland’s Hieroglyphics crew, arguably the most talented emcees to call the Bay their home. And he’s also a member of Deltron 3030, one of the darkest and most imaginative hip-hop projects to emerge from anywhere. His other collaborations and individual solo albums are too numerous to mention. Plus, he’s not one to get caught up in his impressive resume. He keeps on creating, and keeps working to reinvent himself. AC

Like eggnog and brandy, somehow, Christmas music and swing go down well together. Led by Maria Muldaur (a veteran of both the ‘60s Greenwich Village scene and the Jerry Garcia Band) and gypsy jazz scion John Jorgenson, this “Holiday Swing” show promises a mix of jazzy Christmas classics alongside a number of rarely heard holiday songs from Christmas past. Will they play “Yuletide for Calvin Coolidge” or “A Ford Model T For Christmas?” No. Those songs don’t exist! Whatever they do play will be played with unparalleled skill and gay holiday spirit! MH

If I hear anything even faintly ragtime in my house, I flap my hands and sing, “old-time, old-time” as loud and old-timey as I can. But Meredith Axelrod actually sings in true old-timey fashion, probably because she learned by listening to recordings made a century ago. She channels not just the sounds of Ragtime, Boogie, and Tin Pan Alley as it was recorded between the 1890’s-1930’s, but the spirit of the people who recorded it, bringing life to it in an eerie and devoted way. Maybe she showed up in a time machine, guitar in hand, and heard our old-timey call. AB

Ariel View is an all girl, queer-identified band on legendary punk label Epitaph Records—part pop-punk, part indie-rock, all heart. Debut album Until My Lungs Are Cleared just dropped and is filled with heartbreak of teenage love, wild nights with friends and the annoying moments of boredom in-between. MW

Charlie Hunter and Lucy Woodard are highly versatile musicians who have collaborated with a dauntingly diverse array of artists, but they both thrive best in gritty settings defined by dank, sinewy grooves, telegraphic melodic lines, and R&B-laced cadences. Hunter, the Berkeley-reared 7-string guitar star, keeps finding new ways to express the most fundamental musical truths. A consummate professional, Woodward has performed with Snarky Puppy, Pink Martini, and sang backup for Rod Stewart and Barbra Streisand. But even her most ardent fans might be surprised at her expert interplay with Hunter on their new duo album Music!Music!Music, a session that captures her in full gorgeous flower. ANDREW GILBERT