.Disclosure Forms Show Backers on Both Sides of Rail Fight 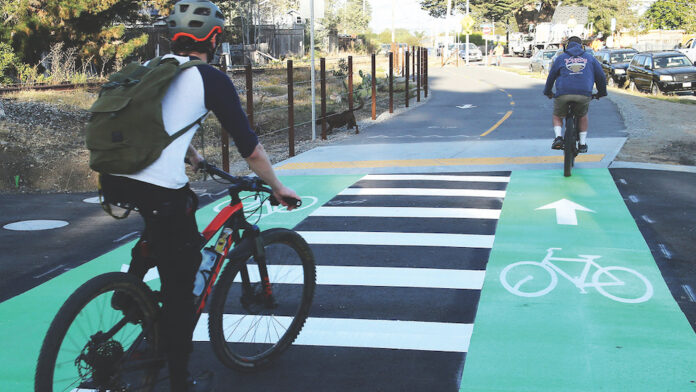 At the same time county officials were preparing to announce whether or not the trail-only ballot initiative made it across the certification finish line Monday, the camps for and against were busy submitting their legally-required financial documents.

Greenway indeed secured the needed signatures for their ballot measure. And the disclosures, from both contingents, were revealing.

Of the $91,110.07 that No Way Greenway (the group hellbent on stopping the trail-only approach) received in 2021 for their defensive campaign, $72,000 came from just three sources—two couples and a former Friends of the Rail and Trail (FORT) board chair. If you add in the $3,220.58 kicked in by FORT itself during the calendar year, that $75,220.58 represents 82.56% of the total money contributed towards killing a trail-only plan for the former Union Pacific railroad line from Watsonville to Santa Cruz.

On the other side, a prominent self-driving vehicle proponent, a pioneering tech “evangelist” and the daughter of a Hewlett-Packard founder were unveiled as triumphant backers of the trail-only voters’ initiative—although the amounts average donors contributed tended to be smaller, suggesting theirs was perhaps the more grassroots campaign.

Aptos resident Jack Brown, a program manager at self-driving car company Waymo—who lists his occupation as the founder of Take Charge and GO, which is “dedicated to the new electric vehicle purchase”—put $2,724.55 into the 2021 campaign.

And Guy Kawasaki, who runs the Remarkable People podcast, and was one of the original Apple marketers in the 1980s (popularizing the term “evangelist” in tech circles in the process), gave $5,000 last year to the trail-only rail corridor idea.

Santa Cruz County Greenway Boardmember Bud Colligan boasted to Press Banner that their filing demonstrates the group has achieved a broader base of support and a greater number of donations in the $100 range.

No Way Greenway’s filing reveals it paid Santa Cruz-based Miller Maxfield, Inc. $7,500 for campaign strategy & website work. And it tapped Props and Measures in San Francisco—to the tune of $6,000—for additional consulting.

Yes Greenway, for its part, paid thousands of dollars to Sutton Law Firm, which is also based in San Francisco.

On Oct. 18, California’s Fair Political Practices Commission opened an investigation into FORT for potentially illegal campaign activity to do with their opposition of Greenway’s ballot initiative after the agency received a sworn complaint. That probe is still pending.

Next ArticlePlan Approved to Increase Internet Access for Rural Residents