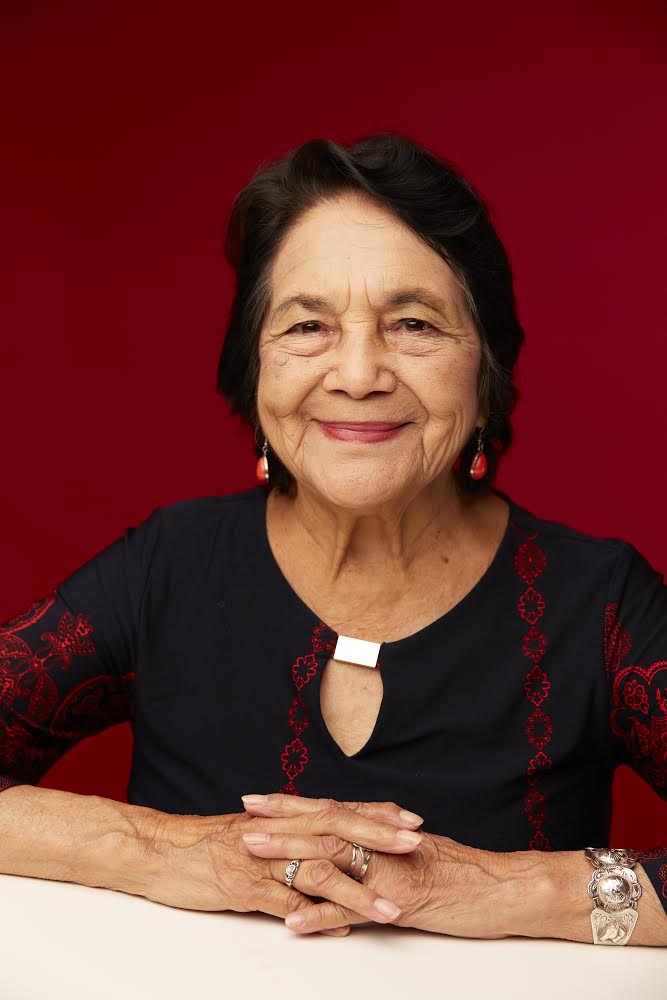 The 12th Annual Latino Role Models conference will return on March 12 in a virtual format, with prominent community organizer and activist Dolores Huerta serving as this year’s keynote speaker.

Local nonprofit Senderos, which aims to inspire students to achieve their education and career dreams, is the lead organizer behind the conference. Presentations center on the experiences of Latino professionals, students, parents and other community leaders, and participants are provided information and resources to help them on their journeys.

The event began as a small conference held at Branciforte Middle School, organized by Senderos executive director Fe Silva. It gradually gained attendance over the years before moving to Cabrillo College. For the past two years, it has been held virtually, and this year it will be live-streamed from the Beach Flats Community Center.

Angela Meeker, senior director for the County Office of Education’s service department and a Senderos board member, has witnessed the conference’s continual growth. She was Branciforte’s assistant principal when Silva, a community organizer at the time, approached the school about holding the event.

“We’ve been working together ever since,” Meeker said. “Each year we’ve been able to increase the number of students and families who participate, which has been great.”

Having Huerta speak at the conference has been a longtime dream of many of the board members, Meeker said.

“In prior years we haven’t been able to make it happen,” she said. “But this year we reached out … and the day worked for her. Initially, we thought we’d have to just do it remotely, but her team was up for coming to Santa Cruz for a live stream.”

Huerta is a civil rights activist who has worked for labor rights and social justice for over 60 years. In 1962, she and Cesar Chavez founded the United Farm Workers labor union, where she served as vice president and played a critical role in many of the union’s accomplishments for four decades.

Huerta received the Puffin/Nation $100,000 prize for Creative Citizenship, which she used to establish the Dolores Huerta Foundation. Huerta received The Eleanor Roosevelt Humans Rights Award from President Bill Clinton in 1998. In 2012 President Barack Obama bestowed her with The Presidential Medal of Freedom, the highest civilian honor in the U.S.

“It’s going to be an honor to have her,” Silva said, “for adults who know her story and young students who are going to finally hear it … This is going to be a beautiful event.”

Having Huerta at the conference is even more meaningful, Meeker said, because the Beach Flats Community Center is near a community garden that Huerta helped save from city development in 2015.

“She is a role model for so many reasons … but she’s also an activist,” Meeker said.

Three separate panels will be held at the conference: Professional, Student and Family. Panels are meant not only to inspire students but also to provide information on how to enter into higher education. Cabrillo, UC Santa Cruz, CSU Monterey Bay, Community Foundation Santa Cruz County, local school districts, and many groups have partnered with Senderos for the conference.

“The point is to motivate the students, to show them that education is something in their hands, not impossible,” Silva said. “We can go through many challenges in life, being immigrants, English learners, having different levels of economy … or having parents who come from another country. When a student sees someone who is able to go through the same challenges, who they identify with, succeed … It’s motivation. It can give them that push to keep going.”

The 12th Annual Latino Role Models Virtual Conference will be held March 12 from 9am-12:30pm. Tickets are free but registration is required. The event will be conducted in Spanish with English translation. Learn more at SCSenderos.org.