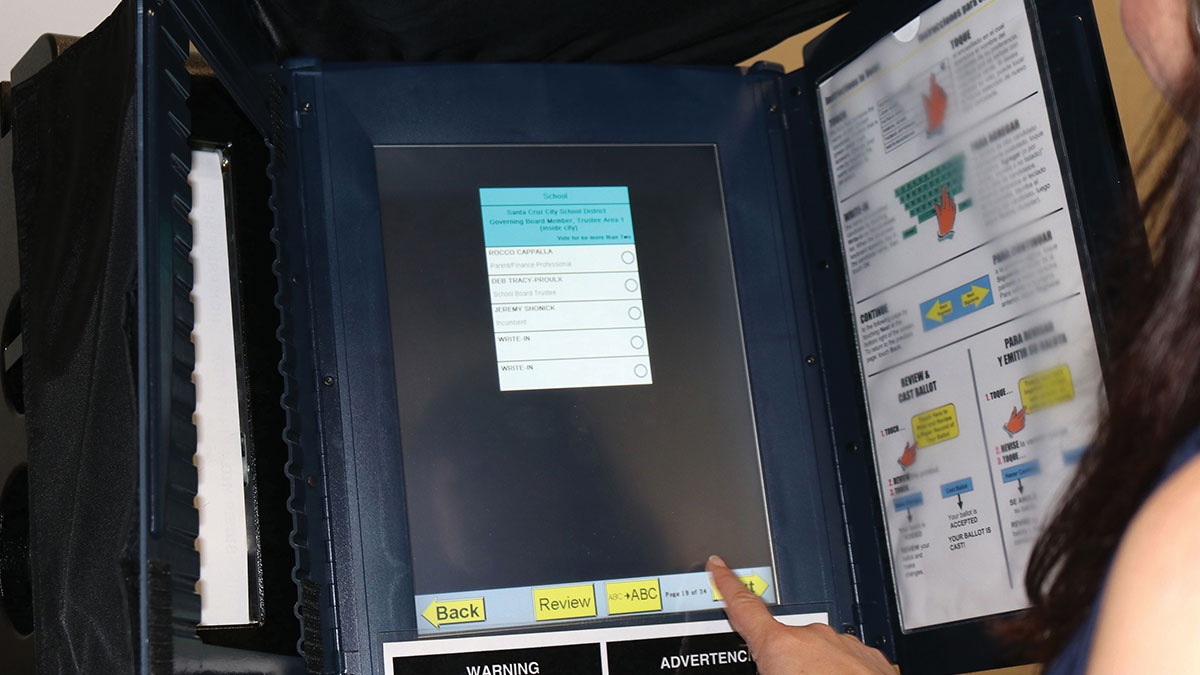 [This is part two of our guide to the Nov. 6 election. Part three runs next week. — Editor]

It’s nearly Election Day, and local races are seeing much of the splintering and fraying one would expect this late in the cycle.

One initiative that’s seeing a wide range of buy-in in the election is Measure H, the $140 million affordable housing bond.

“We’ll be able to provide housing to seniors, veterans, farm workers, the people who make our community work,” says Alina Harway, communications director for the Non-Profit Housing Association of Northern California (NPH). “I don’t think there’s any doubt from anyone in the community that we have an affordable housing crisis. What’s exciting to me about Measure H is that input came from so many different places.” Harway, who lives in Scotts Valley, notes that the process included groups from Santa Cruz For Bernie to the Santa Cruz County Farm Bureau.

Three-quarters of the cash from the 35-year bond would go toward building an estimated 1,041 brand new affordable units. The rest would fund homeless facilities and go toward assistance for first-time home buyers.

Some homeowners, like activist Becky Steinbruner, argue that Measure H would tack an unfair burden onto property tax bills, putting a squeeze on low-income seniors.

Harway, who happens to be a new home owner herself, stresses that under the measure many seniors will qualify for the state’s Low Income Senior Property Tax Deferral Program. It also would provide relief to seniors who rent, she says.

Besides Measure H, there are only two other local measures with any opposition, one of them being Measure M, Santa Cruz’s rent control initiative (see our previous coverage).

No one should expect rent control alone to suddenly turn Santa Cruz into a cheap town to live in. Some research has shown that the policy has provided an excuse for landlords in other cities to take units off the market, often by converting them to owner-occupied condominiums. Generally speaking, that can inflate other portions of the rental market and create big price jumps whenever a vacant unit appears on listings. Studies, released in recent months, have since added nuance to such findings, if not thrown them into question altogether.

What rent control can do is help out Santa Cruz residents, including lower-income ones, who are living in older apartment buildings—i.e. complexes built before 1995—by preventing their rents from continuing to sky-rocket. And if the statewide Proposition 10 manages to pass (it’s trailing badly in the polls), those protections could extend to all homes in Santa Cruz city limits.

In Capitola, Measure L, backed by the trail-oriented nonprofit Greenway, would change the city’s transportation laws pertaining to the proposed rail trail project that could one day stretch from Davenport to Watsonville. The Regional Transportation Commission (RTC) is currently studying a plan to introduce rail transit on the corridor, a direction supported by Friends of the Rail and Trail (FORT), which opposes Measure L.

Greenway, though, wants a wider bike and pedestrian trail with no train, citing estimated train costs and ridership numbers, as well as the corridor’s narrowness and engineering challenges. Some of those challenges are in Capitola, where an aging 200-foot bridge would likely not be able to accommodate an added trail. This particular initiative would mandate that planners do not reroute the trail off the corridor anywhere in Capitola. Opponents, including FORT Chair Mark Mesiti-Miller and City Councilmember Stephanie Harlan, argue that Measure L would unnecessarily tie the city’s hands—conflicting with existing city law, while creating a potential standoff with the RTC and even throwing the status of unrelated bike projects into question.

There are nine other local measures—the most notable being Measure G, the local sales tax measure, and the only countywide initiative besides Measure H. The county measure would raise the sales tax to 9 percent, no higher than it is elsewhere in the county. A Santa Cruz measure raised the city’s sales tax to 9.25 percent this past June. Although the measure appears on all local ballots, it would only raise the rate in the unincorporated area. It would fund improvements to parks, homeless services and mental health offerings.

Capitola is one of three cities looking to pass a transient occupancy tax (TOT) this November with Measure J. Most of this lodging tax increase would go to miscellaneous general fund expenses—basically offsetting increasing pension costs for retirees and preventing deep cuts elsewhere in the city. Twenty percent of the money would go to support off-season marketing efforts in a gesture intended to negate costs to the business community, while another 18 percent would go toward youth and early childhood programs, providing a small boost to programs currently funded by Capitola’s general fund. Because it’s a specialty tax, Measure J will need a two-thirds vote to pass.

There are two other TOTs on local ballots: Measure O in Watsonville, which would raise its TOT to 12 percent, and Measure P in Scotts Valley, which would raise its lodging tax to 11 percent. Both need majority votes to pass. The subtext for all these TOT and sales tax measures has to do with pension costs, which are rising statewide. The projected growth in the investments that backed the pension portfolios was unrealistically rosy, and, rather than dealing with it, the state kicked the costs down to local governments.

There are three local parcel taxes—each needing 55 percent in order to pass—including Scotts Valley’s Measure A, which would charge $108 per parcel of property and raise $820,000 annually toward maintaining programs and keeping up with technology needs, as well as attracting and retaining highly qualified teachers and counselors over five years. In Soquel Union Elementary School District, Measure B, a six-year funding plan, would approve a tax of $96 per parcel and raise a total of $820,000 in order to retain and attract teachers, while avoiding program cuts. La Selva Recreation District’s Measure P tax would allow a tax of $50 per parcel, raising $40,000 each year for clubhouse upgrades and other district improvements.

There are two other Capitola initiatives: Measure I, which would raise Capitola’s cannabis business tax from 10 to 12 percent, and Measure K to consider eliminating the city treasurer as an elected position—something most jurisdictions did years ago. Seeing as Capitola already has a finance director, Peter Wilk, the current treasurer, argues the position would be better filled by an appointment, if it’s needed at all.

Next ArticleElection 2018: What Does the Santa Cruz Port Commission Do?