.Election 2018: What Does the Santa Cruz Port Commission Do? 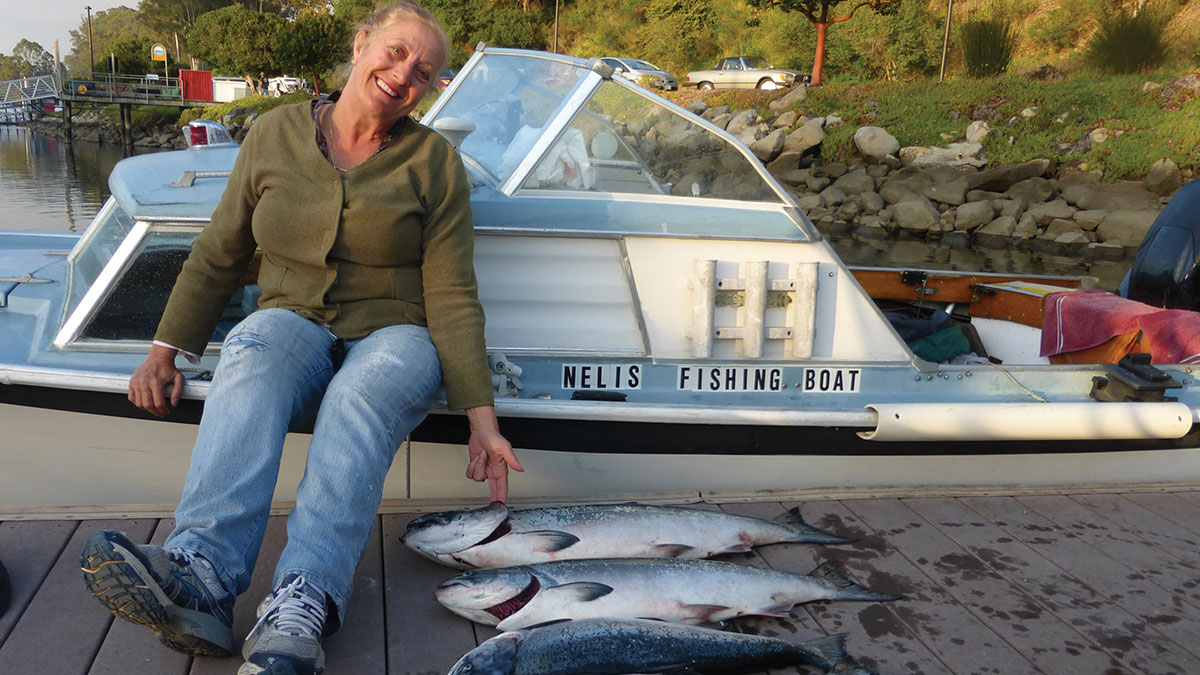 For years, no one paid the Santa Cruz Port Commission much notice.

Then, in 2014, a disgruntled musician from the Sons of the Beach ukulele club, which gathers on Santa Cruz Harbor property each Saturday, got upset. He ran for election to the commission, citing a minor permitting issue surrounding the weekly event. He lost, and the issue quickly got resolved. But two years later, three seats were available on the Port Commission, which oversees the harbor. Eight candidates threw their hats in, three of them incumbents. Darren Gertler, one of the challengers, finished as the top vote-getter, after winning some big endorsements and running on a pitch to help improve harbor communications and keep the harbor mouth open. This year, Commissioner Gertler has endorsed candidate Neli Cardoso in the 2018 Port District race.

“For so many years, it slid under the radar,” Gertler says of the commission. “It’s always been at the bottom of the ballot. No one knows what the Port District is, no one knows what it does. I think that’s changing.”

Cardoso, a fisherwoman who originally hails from Brazil, says she has a plan to increase salmon releases out of the Santa Cruz Harbor, making it a better place for both the fishing industry and for everyday hobbyists. “I want to be there for the people, more than anything,” says Cardoso in her thick Portuguese accent.

Two seats are available, and two incumbents are running for re-election, including Commissioner Toby Goddard.

On a recent Saturday morning walk around the harbor, Goddard tells me his favorite spot is on a bench right in front of the district office overlooking the marina. “I like to come down and here and just observe,” he says. “From here, I can see how active the harbor is.”

Goddard, who met his wife in the harbor and also got married there, says that overseeing the Port District involves managing a number of relationships—with the city, county and California Coastal Commission, as well as other state bodies. By day, Goddard is the conservation manager for the Santa Cruz Water Department. At commission meetings, he says he brings knowledge of how local government works, as well as a long list of contacts and connections.

Goddards’s fellow incumbent in the race is Reed Geisreiter, the recently retired regional president for Comerica Bank. Geisreiter says he brings his financial expertise to the commission, where he specializes in refinancing debt, setting aside reserves and handling lease renewals. One of the district’s responsibilities is as a landlord to tenants like the Crow’s Nest. The only commissioner who doesn’t own a boat in the harbor, Geisreiter says he represents the general public, including joggers and ukulele players who may not rent slips in the harbor. He wants to make sure the harbor is safe and affordable while remaining totally self-sufficient, he says. Geisreiter is the son of a former commissioner and his dad founded the ukulele club.

Candidate Dick Starr grew up around the harbor and, like Geisreiter, he’s the son of a former commissioner. His family owned one of the first boats in the marina. Starr has seen a lot of changes in the harbor over the years. He says his experience as a licensed contractor has shown him how to envision a big finished project, like a house, as well as the long to-do list of needed tasks to get to the finish line. He wonders if the commission might explore stacking boats in the dry dock, as well as building a crane to lift them into the water—something he’s seen in harbors he’s visited in Florida.

Gertler says many of the big issues he ran on were quickly resolved. Communication has gotten better since the district hired a different director, he says, and frequent dredging of the harbor mouth has kept the port open more often, something many boaters had been calling for two years ago.

Goddard notes that 2016 was a big El Niño year—one that pounded the harbor, bringing in piles of sand. That’s what kept the harbor shoaled in, he says, and a recently purchased dredge came with a challenging learning curve that year, as well. He does agree with Gertler, though, that the new Port Director Marian Olin, a 22-year veteran of the district staff, is “an excellent communicator.”

For her part, Cardoso has a vision for the harbor that involves more salmon releases from the harbor, via the Monterey Bay Salmon and Trout Project. In the past, the project would release 240,000 smolts into the harbor. Many of the fish got caught by fishing boats at sea. A few years later, the rest would return to the harbor, making for magnificent fishing. Cardoso and her husband Thomas Whelan (who’s also the campaign manager) would like to see releases go back to at least 240,000, arguing that it could be a boon to the salmon fishing industry. The two of them rue the days when the fishing was great right out of the harbor, as it provided opportunities to folks who couldn’t afford to book a spot on a charter boat.

The salmon returns came with other impacts, however, like swarms of sea lions, and throngs of people crowded on the docks and levies, casting out lines. Whelan has a plan to mitigate the sea lion overcrowding. Even still, Goddard and Geisreiter don’t see it going over well with other harbor lovers.

The two sitting commissioners say they would support increased salmon releases, provided that the releases are done offshore, as they were in 2017. That prevents the massive returns to the harbor seen in past years that they believe can be problematic.

Goddard, whose wife once nearly got hooked by a frenetic salmon fisherman on the jetty, says that being a commissioner means a lot of listening to opposing viewpoints. It requires a lot of balance, rather like being on the water, he explains. “You’re on a paddleboard, trying to balance a lot of different things,” he says, holding his arms out and swaying from side to side, acting out the metaphor.

Salmon aside, Goddard and Geisreiter have a lot of other priorities on their minds, like replacing the seawall behind Aldo’s, and economic development.

Starr says he still wants to learn more about the issues. If elected, he says that he might look at the district differently once he adjusts to the board and gets his sea legs.

“It’s always easy to point fingers and say you shoulda and coulda,” he says. “But until you’re in the seat and standing in those shoes, you can’t tell what everything really looks like. And then, all of a sudden you realize you don’t have $20 million to do every single project, so you have to pick and choose and look for funding.”