.The Enthusiasm and Complexities Behind Rent Control 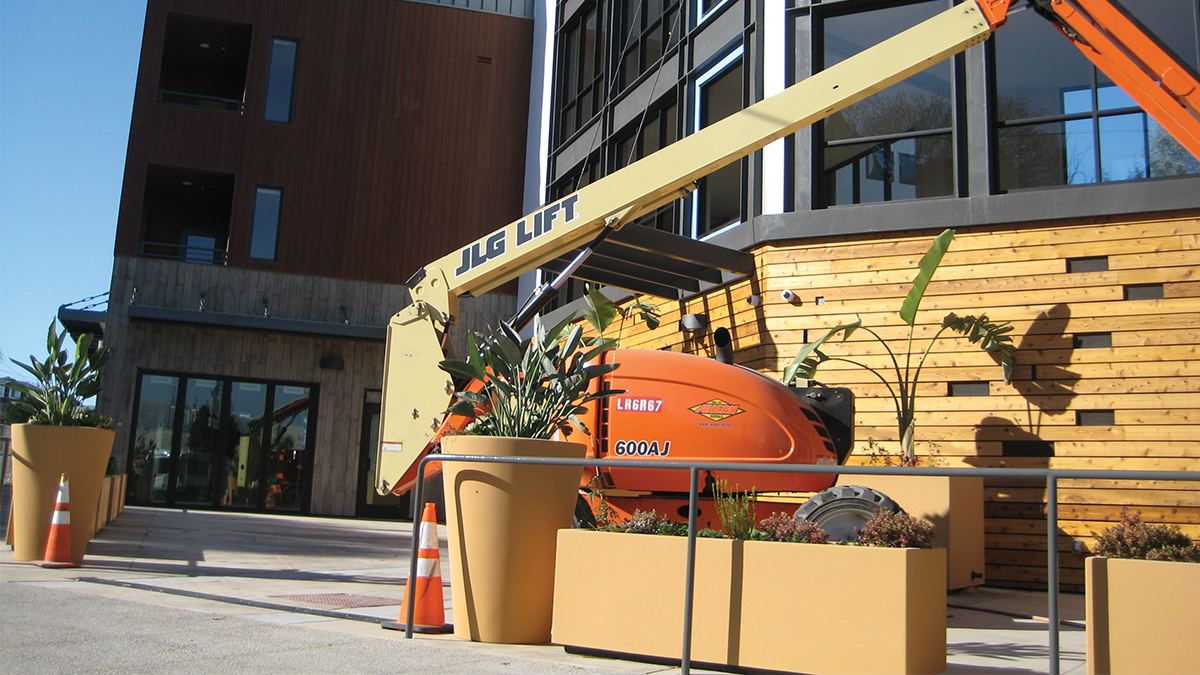 [dropcap]A[/dropcap]lex Bogert, a computer coder who works in downtown Santa Cruz, remembers when the campaign for rent control kicked off on Sunday, Feb. 11, at the Resource Center for Nonviolence.

He was wandering down Seabright Avenue that day in search of signatures for a potential ballot measure when he stuck his head inside the Santa Cruz Roller Palladium and happened upon a kids’ birthday party. The parents told him that the event was private, but instead of turning around and moving on, he yelled out “Rent control!” Adults came rushing over to sign their names.

“Every single person had a story to tell,” says Bogert, the campaign’s researcher. “Most of the people there had been living in Santa Cruz for a long time, and they were so happy we were doing this thing. It was a nice boost.”

Activists from the Movement for Housing Justice began meeting this past summer, and they’re shooting to get their measure on the November ballot. The measure would ban evictions without “just cause,” and link rent increases to the Consumer Price Index. In order to approve any potential rent increases on top of that, the ballot measure would create an elected rent board, funded by new fees from landlords. In the meantime, the Santa Cruz City Council passed an emergency rent freeze last week, along with temporary evictions rules set to expire in the fall.

A statewide law called the Costa-Hawkins Rental Housing Act prevents cities from limiting the rents of single-family homes, condominiums or anything built after 1995. According to a Santa Cruz city staff report, rent control would regulate between 22-24 percent of rentals.

Ken Carlsen, a landlord who’s been renting properties since the ’70s, fears that rent control unintentionally puts the squeeze on the wrong property owners.

“Landlords who have left their rents low—who are the good guys—are the ones who are going to take the brunt of this,” says Carlsen, who has been renting out a two-bedroom downtown apartment with a backyard, hardwood floors and two off-street parking spots for $1,550, which is more than $1,000 below the market average.

Carlsen says he rents out his properties for cheap prices because he enjoys having long-term tenants. Rent control would have Carlsen locked in, with rent increases usually less than 2 percent per year. Under Costa-Hawkins, Carlsen can raise the rent once he has a vacancy, but sometimes a tenant won’t move out for many years, he says. He wouldn’t be allowed to evict someone in order to raise the rent unless he paid his six months’ worth of market-rate rent to the tenant. Meanwhile, a less scrupulous landlord with a much higher vacancy rate and steeper prices would hardly even notice the new ceiling on their price-gouging rates, Carlsen says—especially because once their tenant moves out in a couple of months, in search of a better deal, such a landlord can hike the rents yet again, anyway.

Researchers have explored the topic of rent control over the years and the results are mixed.

This past November, economists at Stanford released an analysis studying rent control in San Francisco and found that policies there were linked with what’s amounted to a 5 percent increase in rents citywide. The rent control policies, according to the study, impacted San Francisco’s rental supply, even though they had no effect on construction of new units. Many landlords took apartments off the market, often redeveloping or converting them to condominiums—which, because they’re exempt from rent control, are more profitable. That cuts into demand and into the pocketbooks of anyone without a rent-controlled place to live.

On average, rent control helped older residents more than younger ones, according to the study. Its ill effects caused less pain for current residents, who overall saw a net benefit, while the costs fell more often to newcomers who had just moved to the city.

That may not sound at first like such a negative impact, but Robert Singleton, the executive director of the Santa Cruz County Business Council, is skeptical of rent control and says that locals should be wary of policies that end up discriminating against new residents. Most residents moved here from somewhere else, he says, and he bristles at suggestions that non-locals are any less deserving of housing, homeless services or anything else. “Someone’s not being local doesn’t change the fact that they’re homeless. Your not being local does not change the fact that you have a job in this community and need housing,” says Singleton, who’s read the Stanford study.

Singleton says the business council hasn’t taken up the rent control issue. He’s generally more open to the “just cause” portion of the measure, he says, and feels that the initiative, if passed, could end up being a net benefit overall. Still, the idea of a select lucky few benefiting from low rents as rates rise for everyone else concerns him. And Singleton worries that if the measure passes and Costa-Hawkins gets repealed, as some legislators hope to do, that would halt future housing construction, as developers would be scared of having to answer to a new government body any time they needed to raise their rents, which could cut the profits out of a new project, he says.

Rent control has been found to benefit both low-income and medium-income renters, although it benefited middle-income residents more than three times as much as it did low-income ones, according to a study funded by the California Apartments Association.

However, a report from Urban Habitat, an Oakland-based group that advocates for rent control, argues that it’s important to remember that renters on average make much less money than homeowners do, so the money saved is, by and large, staying with the those who need it most.

That report also brushes off longstanding concerns that it’s a downside when rent control keeps tenants in one unit for a long period of time. The report notes that stability for homeowners is lauded as a great benefit. Tenant stability, it argues, is better for neighborhoods and local governments and better for children, too, as it leads to less-frequent school changes—a trait that’s been linked with decreased absenteeism and higher test scores.

Bogert, of the rent control campaign, says that some of the complications surrounding rent control stem from the patchwork created by Costa-Hawkins, and he feels that if California repeals that, it could pave the way for more comprehensive regulations.

“I’ve been living in this town for a decade,” he says. “Any friend I’ve made that’s younger than me doesn’t live here anymore because they can’t make enough money for rent.”

Previous Article6 Things to Do in Santa Cruz Feb. 21-27