.Falling Case Rates Could Mean Return to Class for Some Students 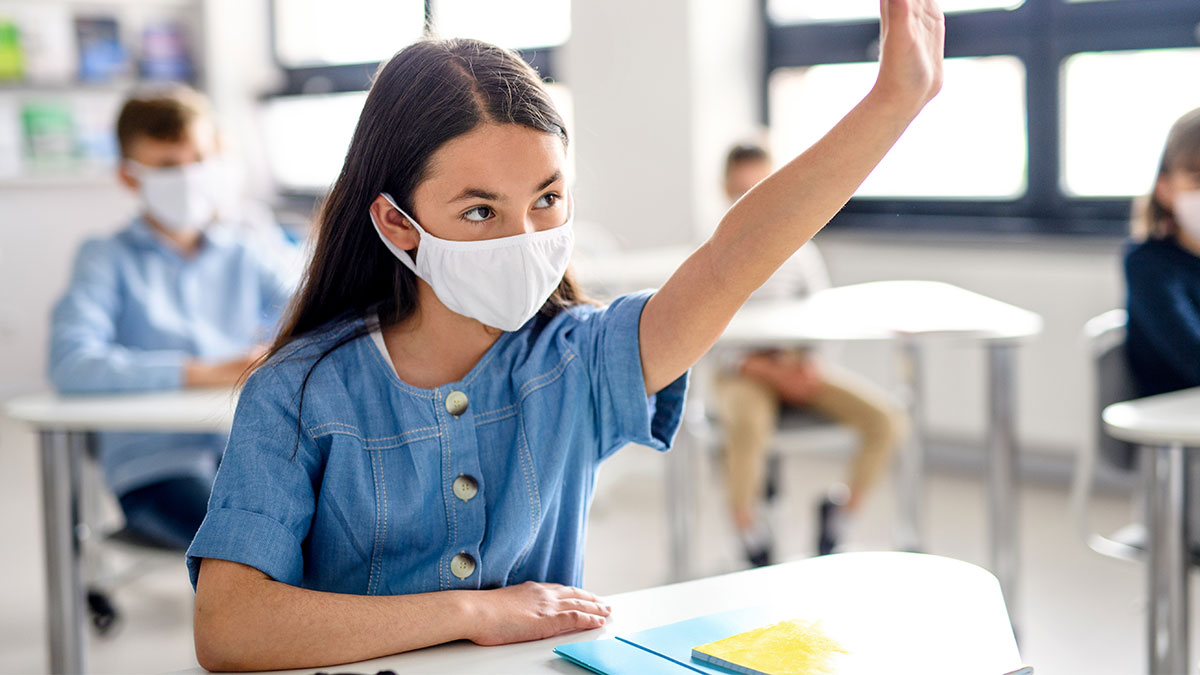 That means local school districts could start applying to the state for waivers to bring students back to the campuses that have largely sat empty since the novel coronavirus started spreading throughout the community in March 2020.

But the waiver process is tricky. It not only requires buy-in from the district’s board of trustees, but also from the parents and the labor groups that have been cautious to step back into the classroom during the pandemic.

It is unclear when most teachers in the county will be vaccinated, though some districts began inoculating staff this week via partnership through Dignity Health-Dominican Hospital and the County Office of Education.

It is likely that similar public-private agreements will be the primary source of vaccines for most teachers, as the County Health Services Agency has said it does not expect to be done vaccinating those 65 and older for several weeks—though that could change with the addition of the Johnson & Johnson and AstraZeneca vaccines, Deputy County Health Officer Dr. David Ghilarducci said at the press conference.

County spokesman Jason Hoppin also said that teachers are already eligible to receive their vaccine through their healthcare provider because they are part of the Phase 1B rung of county and state vaccination plans, which, after those 65 and older, prioritizes essential workers such as teachers, emergency personnel and farmworkers, among others.

The trouble, however, is that Phase 1B encapsulates roughly a quarter of the state and county’s population, says County Health Officer Dr. Gail Newel, and vaccine doses are still scarce. Ghilarducci says the county receives, on average, 2,000 doses every week, though the actual number varies wildly by each distribution. Most of those doses are being prioritized for older adults in the Watsonville area, and are being distributed through community health partners and mass vaccination clinics run by both local and state agencies.

As of Thursday, 16,000 county residents had been vaccinated—receiving both doses of either the Pfizer or Moderna vaccine—through various avenues. There have been roughly 30,000 doses administered in total.

“We have the bandwidth,” Ghilarducci told reporters. “All we need is the supply.”

Yet health experts and politicians nationwide, including California Gov. Gavin Newsom, have argued that vaccines should not be required for teachers to return to the classroom, especially for those working in the K-6 grades.

The Centers for Disease Control and Prevention (CDC) Director Dr. Rochelle Walensky on Wednesday told reporters that “There is increasing data to suggest that schools can safely reopen. And that that safe reopening does not suggest that teachers need to be vaccinated in order to reopen safely.”

Walensky on Friday said the CDC would release updated guidance for reopening schools sometime next week.

Newel echoed Walensky, and said that children in the K-6 grades “need the classroom situation more, and they’re at very low risk of spreading disease through the community, to each other and to the educators.”

Most of the evidence, Newel added, suggests that the spread in the education field is happening from adult to adult in break rooms and other social situations outside of the school setting.

Despite that, school districts across the state have been slow to reopen their doors, as several unions have battled for additional resources such as increased testing and vaccines. One of those fights turned into a legal squabble last week, as San Francisco County sued its own school district for not reopening.

Asked whether a similar situation would halt her office from supporting districts that are applying for a reopening waiver, Newel said bluntly that she would base her decisions on data.

“We work by evidence, and advocacy is not going to change our mind,” she said.

Grades 7-12 are not allowed to return to in-person classes until the county moves into the less restrictive Red “Substantial” Tier of the state’s reopening plan. However, that would require the county’s adjusted case rate to drop below seven cases per 100,000 people. The case rate is currently at 24.4.

Newel could not give an estimation of when the county might see infections slow to that pace, but did say that she expects the case rate to continue to drop after an unprecedented 55% fall over the last 14 days.