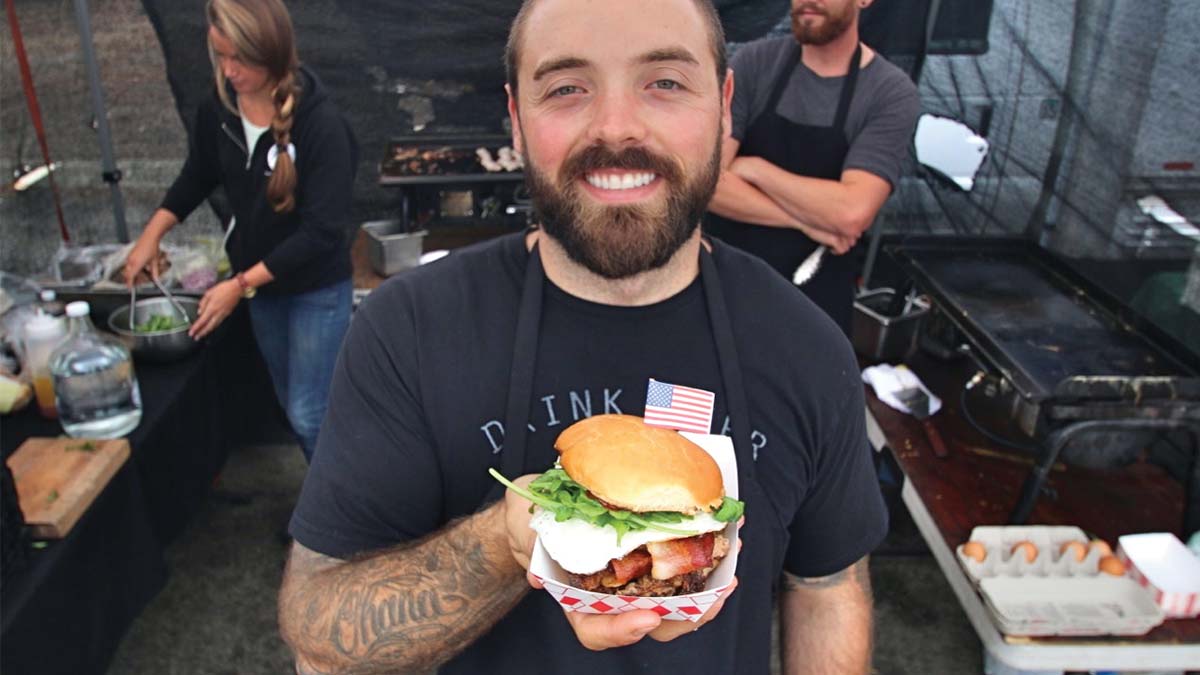 It takes an incredible amount of passion, skill and time to create great barbecue. I was reminded of this as Austin Towne, the owner of Gordo Gustavo’s BBQ, described his lengthy process of preparing hunks of pork shoulder, racks of ribs, and tri-tips for his stand at local farmers markets. He begins four days ahead of time with between eight and 40 hours of brining in chilis, salt and spices, then applies a liberal coating of his signature dry rub, followed by hours of slow smoking over oak and plum wood.

The result is some of the best barbecue I’ve had in a long time—pulled pork so tender it seems to melt in your mouth, tri-tip fully infused with smoke, and super flavorful Texas-style ribs, a prized pink smoke ring lying beneath the dark, spicy bark.

If that wasn’t enough to set it apart, even after that lengthy preparation the sandwiches and tacos feel so fresh. Towne and his sous Tom Ferdinand, both restaurant industry vets, are passionate about the details, including the vegetables and sauces. Their sandwich buns are buttered on the inside before they’re toasted on the grill side by side with their fillings, and the purple cabbage slaw that accompanies several dishes is crunchy and just creamy enough, with a hidden kick of spice. Their barbecue sauce is made with smoked chipotles for a sweet heat that rises slowly—nothing crazy, just enough to wake up your palate. At the Westside morning market on Saturdays, they’ll top their pulled pork with lightly dressed arugula and a fried egg. The tri-tip tacos may come with kimchi one week, and crumbly Cotija cheese and chili verde the next. Try anything with a few splashes of homemade peach hot sauce, if they have it on hand, for even more layers of sweet and heat.

Unsurprisingly, Gustavo’s frequently sells out, which Towne says is part of his commitment to being efficient with waste. “I’d rather sell out than make so much that there’s extra. From the wood that I use to the compostable utensils, at the end of the markets we’re throwing away next to nothing,” says Towne.

Next ArticleMarini’s on the Westside, Restaurants Changing Hands, and Dried Cherry Tomatoes