.The Truth About Flossing 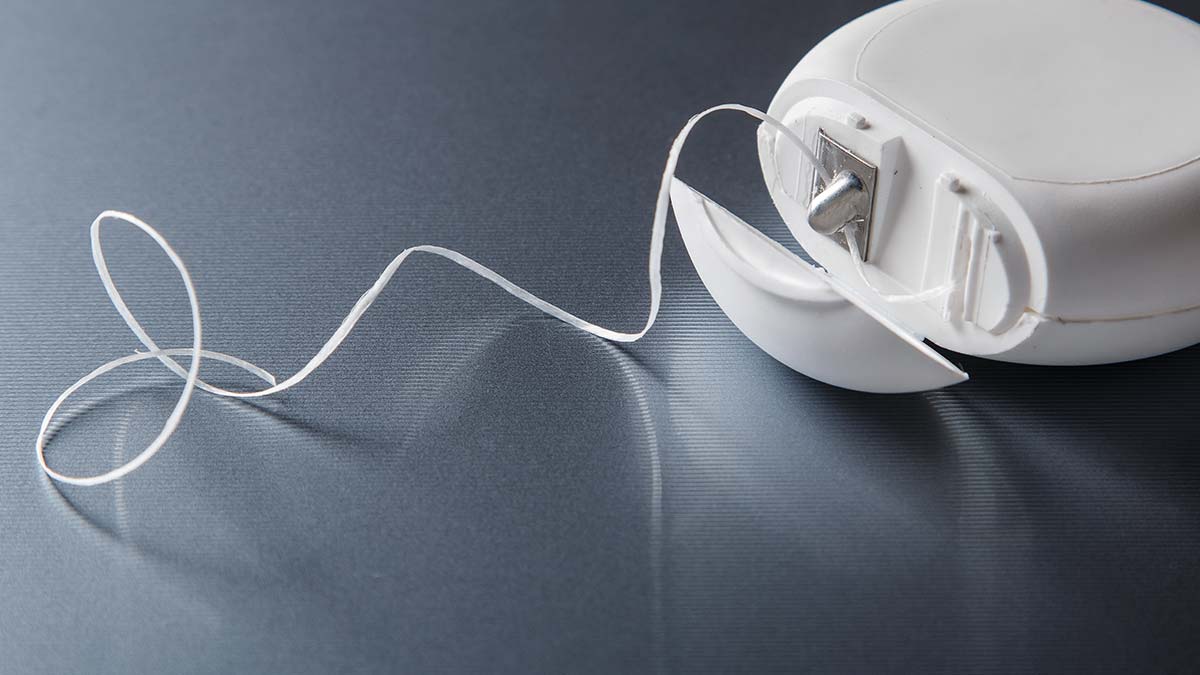 If there were a Ten Commandments for healthy habits, flossing would definitely make the list: Thou shall use dental floss daily to help prevent cavities and gum disease. It’s not an easy habit to start, in fact, the late comedian Mitch Hedberg compared it to quitting smoking.

But, along with “only floss the teeth you want to keep,” the seemingly sage advice to use dental floss on a daily basis has been instilled in us—by dentists, parents, and beginning in 1979, the government—almost from the time we sprouted our first tooth. All of that has come into question, though, after an August article published by the Associated Press set off a flurry of headlines suggesting that the benefits of dental floss are not actually backed up by scientific proof.

AP’s research analysis focused on 25 studies, including a 2011 review published in the Cochrane Database of Systematic Reviews which looked at the results of 12 randomized controlled trials comparing the combination of tooth brushing and flossing on plaque and gingivitis to that of tooth brushing alone. Not only did all 12 trials have either a high or unclear risk of bias, the authors concluded that there was “weak, very unreliable evidence from 10 studies that flossing plus toothbrushing may be associated with a small reduction in plaque at one and three months,” and that “no studies reported the effectiveness of flossing plus toothbrushing for preventing dental caries (cavities).”

Another 2015 meta-review published in the Journal of Clinical Periodontology concluded that “weak evidence of unclear or small magnitude was retrieved that supported dental floss … to reduce gingivitis in addition to tooth brushing.” The review’s results also showed no evidence of any effect on plaque. A systematic review published in the International Journal of Dental Hygiene in 2008 also found that “a greater part of the studies did not show a benefit for floss on plaque and clinical parameters of gingivitis.”

Following AP’s requests for evidence from the Department of Health and Human Services and the U.S. Department of Agriculture last year, the government acknowledged that the effectiveness of flossing had not been researched as required, and therefore removed it this year from its Dietary Guidelines for Americans, which are issued every five years.

But does this apparent lack of empirical evidence of flossing’s effectiveness against plaque, cavities and  gum disease mean we should stop reaching for it every day?

Local dentist Dr. Jonathon Wagner says, “Sometimes in life you don’t necessarily need scientific proof for every decision you make. Sometimes you just need to use common sense—cleaning between your teeth is not a bad thing.”

Wagner, a dentist for more than 15 years who currently practices at Santa Cruz Dental Group, draws a parallel to our proclivity for organic food in spite of a lack of strong scientific evidence proving its superiority. There’s just an intuitive sense that food grown without chemicals and pesticides would be healthier—and the same goes for cleaning the two sides of teeth that brushing misses.

“On a daily basis, we see people that do and don’t floss, and there’s a significant difference between the two,” says Wagner. “The people that floss have fewer cavities between the teeth and better overall gum health.”

The truth is that when it comes to a practice like flossing, producing strong scientific evidence can be quite difficult. Studies are hard to blind with an obvious and somewhat invasive treatment like flossing—and to truly tease out a long-term effect, the studies have to be just that: long-term. Participants would need to be studied for months or years to see if their flossing or lack thereof really did result in better oral health. Study authors would need to make sure that participants adhered to their flossing routines consistently over time. And there is also the issue of technique: study participants would not only need to floss regularly, but also correctly. While many floss in a saw-like motion, dentists actually recommend moving up and down, and to “hug the neck of the tooth.”

So, while the fact that the feds have dropped their official flossing recommendation may seem like a viable excuse to drop the habit, you may regret it years from now when you’re just-brushing the last couple of teeth in your mouth.

Next ArticleFarmers Market Star of Barbecue