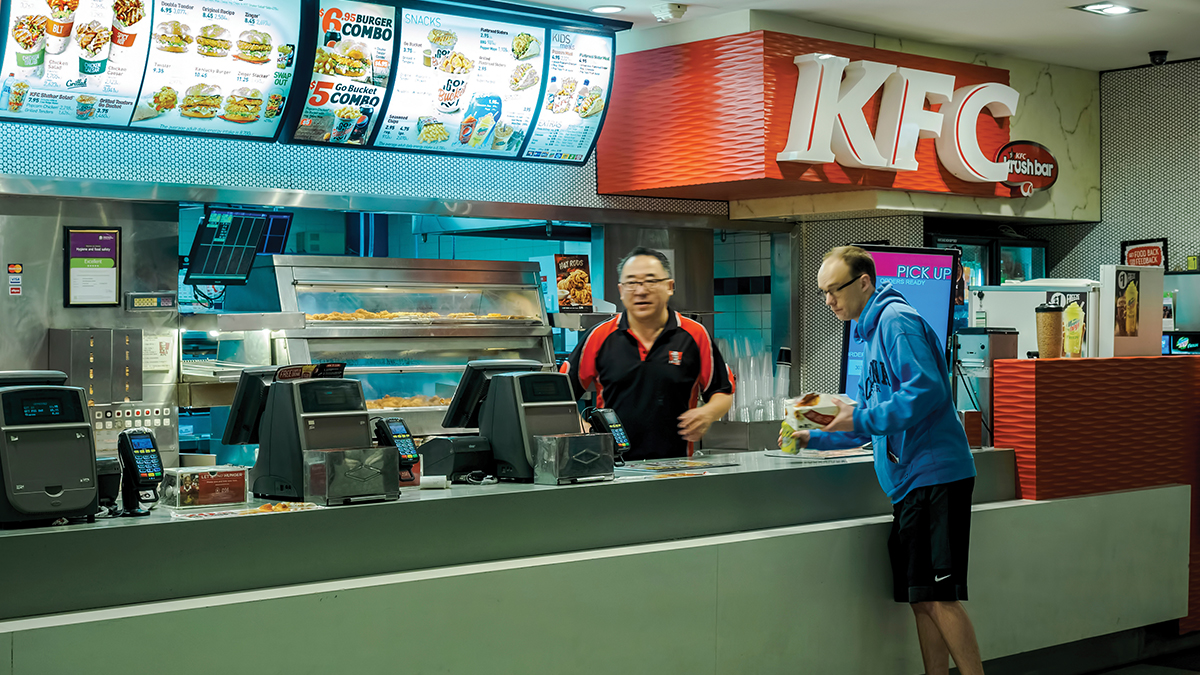 May 7 of this year marked the final compliance date for the FDA’s rule on menu labeling. Designed to improve access to nutrition information on restaurant food, the policy states that all restaurants and retail food establishments with more than 20 locations must list the calorie counts next to food items on their menus or menu boards. In addition, these businesses must also be able to provide, on request, written standard nutrition information that includes the amounts of total fat, saturated fat, trans fat, sodium, and sugar in their menu items.

Given how often Americans dine out, it is surprising that it took this long for the FDA to adopt such a policy. According to a 2016 Zagat survey, Americans eat out about 4.5 times a week—and that number does not even include breakfast. According to the FDA, about 50 percent of consumer food dollars spent, and 33 percent of calories consumed, are on foods prepared outside of the home. Consumers also either don’t know, or often underestimate, how many calories and nutrients are in all of the restaurant food they’re eating.

Diners have no doubt already started to see calorie counts on chain restaurant menus, as over the last few years businesses like Starbucks and Taco Bell have started to become compliant. But does a slightly more informed consumer make for a healthier-eating consumer? Not necessarily. A 2014 review of the influence of calorie labeling on consumption, published by J Community Health, showed mixed results, leading to this conclusion by the authors: “We find that, while there are some positive results reported from studies examining the effects of calorie labeling, overall the best designed studies (real world studies, with a comparison group) show that calorie labels do not have the desired effect in reducing total calories ordered at the population level.” An additional evidence review done in 2016 on menu labeling, concluded that: “Overall, the evidence regarding menu labeling is mixed, showing that labels may reduce the energy content of food purchased in some contexts, but have little effect in other contexts.”

From the business side, the hope is that the new guidelines will encourage restaurants to offer more waistline-friendly menu options and perhaps cut back on the calories in some of their standard items. But it remains to be seen if restaurants will actually do this, or will instead try to obfuscate and skirt the guidelines. One way to do this is to reduce portion sizes. While this may seem helpful, if patrons simply order more food to compensate, the purpose is defeated. Restaurants may also do what many businesses in the food industry did during the low-fat craze of the 1990’s, when they traded some of the fat in food for more sugar and sodium, reducing calories but arguably making the food even more unhealthy.

Also consider the obstacle that consumers face in restaurants that offer build-your-own burger, sandwich, pizza, or burrito options, where every ingredient’s calories are listed separately. Even if consumers are paying attention to the calorie counts, are they likely to add up all of the ingredients and do the math in the throes of hunger? And what about accuracy and verification of the calorie counts and other nutrition information? Restaurants will be providing their own nutrient content declarations, a situation seemingly ripe for a lack of truth, even though the FDA requires a “reasonable basis” for these numbers, and that establishments must “take reasonable steps to ensure that the method of preparation and amount of a standard menu item adheres to the factors on which nutrient values were determined.”

So how can the average consumer use menu calorie labeling to make better food choices? If a health-aspiring consumer’s favorite menu items are too high in calories, one option is to leave off calorically dense items like cheese, bacon, mayonnaise, aioli, sour cream, and creamy salad dressings. Dining out healthier can also be achieved by skipping liquid calories like sodas, juices, cocktails, and sweetened coffee drinks, as well as by skipping dessert.

It is also crucial to keep in mind that simply knowing the overall number of calories in a food says little about its relative healthfulness. All calories are not created equal, and a 400-calorie basket of French fries is not equal in nutritional quality to a 400-calorie chicken salad. Calorie and nutrient levels only say so much—more important is to know the ingredients. If the foods that make up a food item are healthy, then that food is probably healthy too. Further, calorie and nutrient needs vary widely from person to person depending on a whole host of factors from age to exercise status, medical history, gender, desired weight goals, and genetics. So while calorie counts on menus can be helpful and at least a step in the right direction, until this same level of transparency is applied to ingredients as well, it paints a far from clear picture of a menu choice’s nutritional integrity.